The Navy is working on adding a number of anti-surface weapons to an unmanned surface vehicle that so far has been used as a passive platform for mine countermeasures.

According to a Tuesday statement from Textron, Naval Sea Systems Command and the company have entered into a study agreement to weaponize the Common Unmanned Surface Vehicle (CUSV) for a surface warfare role.

The brief statement from the company said NAVSEA had signed a Cooperative Research and Development Agreement (CRADA) with Textron “ to develop and integrate surface warfare payloads onto the Common Unmanned Surface Vehicle (CUSV).”

Initially, the CUSV was developed as part of the Littoral Combat Ship’s mine countermeasure package to tow the Unmanned Influence Sweep System (UISS). The UISS is designed to emit signals that would cause influence mines – mines triggered by sound or nearby electromagnetic signatures – to detonate.

Last spring, the Navy signed a contract with Textron to buy two additional CUSV systems for mine hunting tests, adding to the USV’s role within the mine countermeasures portfolio. Wayne Prender, senior vice president of control and surface systems, told USNI News that he was confident in the unmanned boat’s ability to conduct missions beyond minesweeping and beyond mine countermeasures altogether, saying “the ability to do that is because of the design of the CUSV – that open modular payload bay, the flexible open architecture that the system is built off of.”

Based on the news release, it’s unclear the types of weapons the CUSV could field. While some of the larger anti-surface missiles could be too large for the USV’s 14-foot-long, 6-foot-wide and 3.5-foot-high payload space, it could act as a forward targeting node for larger ships. It could also field smaller missiles the Navy intends to use for small boat anti-surface warfare like the AGM-114L Longbow Hellfire missile. The service will use a vertically launched Hellfire for its Littoral Combat Ship surface warfare mission package.

While the U.S. has been at the forefront of weaponizing unmanned aerial vehicles, largely through the Air Force’s strike capability in its fleet of General Atomics MQ-1 Predator and MQ-9 Reaper remotely piloted vehicles, Singapore and Israel have been leaders in lethal unmanned surface platforms for port security and force protection missions. 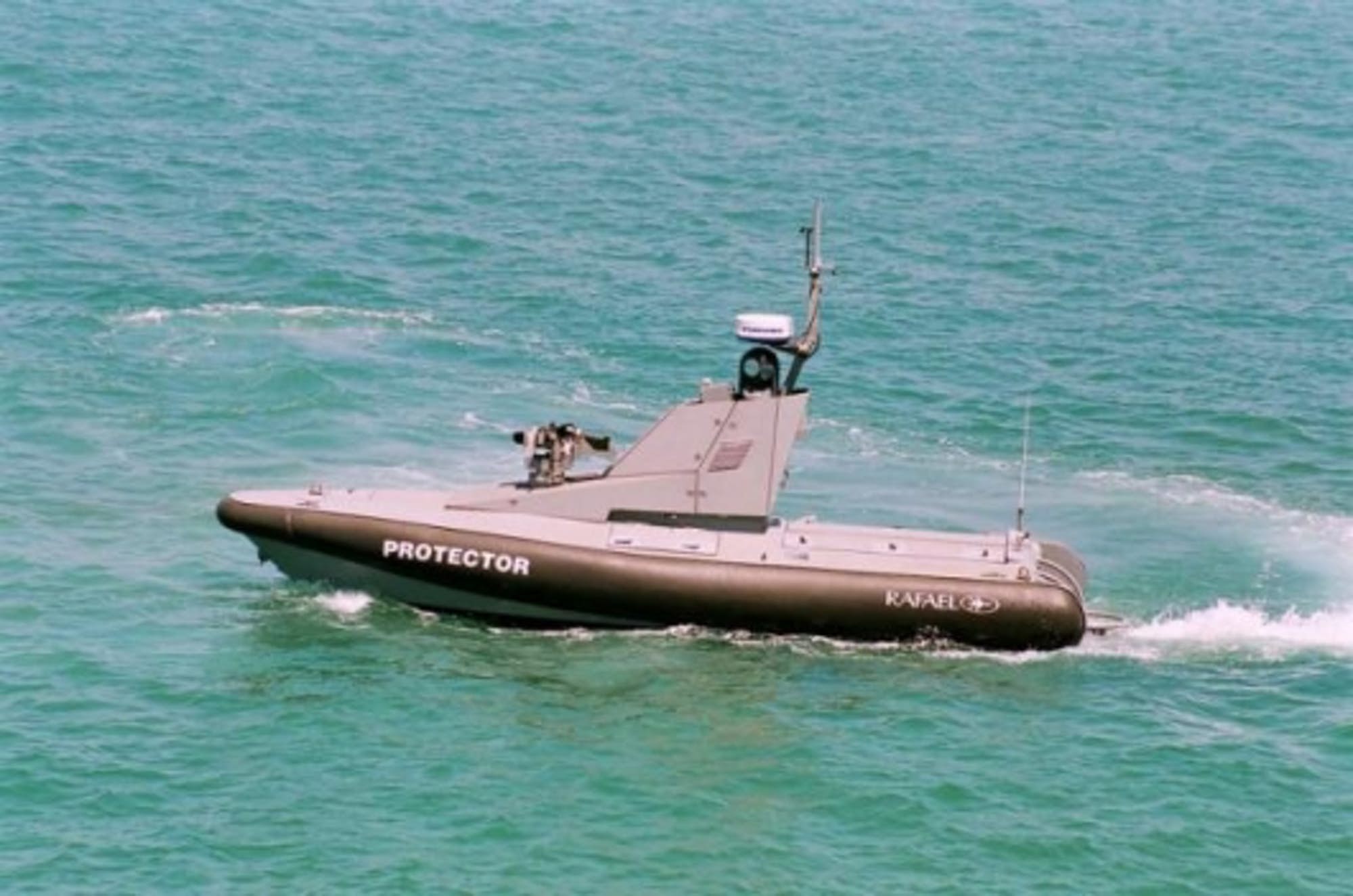 Both countries use the Rafael Protector SV USV – also known as the “Death Shark” – that is equipped with electro-optical and infrared sensors and can field a .50 caliber machine gun, a grenade launcher or a Gatling gun. Singapore has actively used the Protector for patrol missions since 2005.

Like Israel, the U.S. could use an armed CUSV for patrol missions in places like the Persian Gulf to supplement the aging fleet of Cyclone-class patrol craft operating in U.S. 5th Fleet.