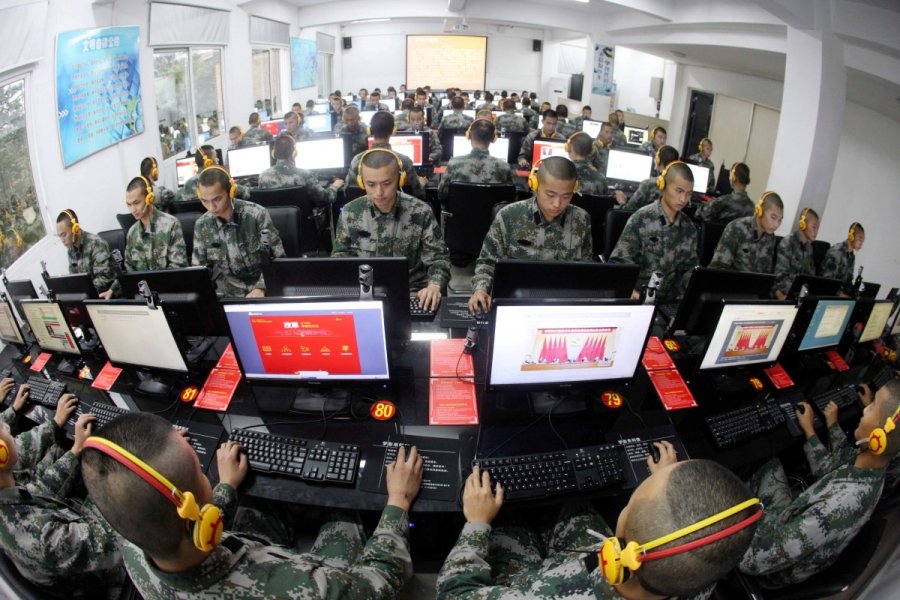 Believing that information dominance is key to global power, China has poured billions into developing artificial intelligence and quantum computing and exploiting the results to its advantage, three experts told a House Armed Services Committee Tuesday.

“In quantum, China may already be ahead,” William Carter, deputy director of the Technology Policy Program at the Center for Strategic and International Studies, said.

“We find ourselves in a new era of competition with China” where Beijing is challenging the United States economically, militarily and politically. It is positioning itself as an innovator in technology, organization and doctrine.

Beijing is dictating developments from the top down in several areas selected by leadership. In the past, most technological advances were viewed as steps forward in only one area.

The renewed focus is allowing China to forge ahead in the largely unexplored area of quantum computing, critical to future cryptography and communications.

Beijing also is still “looking for gaps in our approach” with the idea to “disrupt and degrade our military capabilities.” Carter mentioned their advances in anti-satellite technology, electronic warfare and offensive and defensive cyber as examples of this.

“This whole of society approach,” tying private companies and the government together to achieve dominance is not the only way to succeed said Dean Cheng, of the Heritage Foundation’s Asia Studies Center. He cited the approach President Dwight Eisenhower adopted of letting innovation also rise up from a dynamic private sector that would, “push across new technologies driven by the profit motive” for use by the government.

Members of the Emerging Threats and Capabilities returned often to questions about quantum computing during the hearing.

“Quantum goes beyond cyber” because it can be affecting space capabilities, super-computing, virtual reality, directed energy, artificial intelligence and genomic understanding in human enhancement. That was a theme all agreed on.

All three also pointed out China is innovator as well as a borrower — legally and illegally — and buyer of advanced technologies.

China’s “government is willing to develop and follow-through on long-term investment plans,” something the United States’ government and many American private companies do not, Paul Scharre, director of the National Security Program at the Center for New America Security said. He specifically mentioned genomics and biotechnology as areas where China is making these investments.

Cheng estimated Beijing plans to spend $150 billion on artificial intelligence research and development in the next decade.

It also means investing in human capital. While the United States government invests little in these technologies and private firms view their potential profit-making potential warily so is reluctant to spend in this area, “China is very active in this.” This money attracts post-doctoral researchers in these fields with grants to come to China to work. It is also using its universities to attract these young men and women early.

As Beijing does this, “we do have a lot of barriers” to foreign students coming to the United States, remaining to do research in graduate school and pursue that as a career later here, Cheng said.

Carter added there is also a line of thinking inside the Department of Defense that does not always adequately assess the vulnerability of advanced technologies in the inventory or coming along when it is buying weapons. In part that comes about “because the conflicts we are engaged in today, our space-based assets are not threatened.” He suggests Congress could lead the way in coming up with directors to have analog fallbacks.

Looking at satellite vulnerability, smaller, cheaper, but many times higher numbers for communications –4,000 in a constellation — appears to be a good answer. Cheng said China is pursuing that avenue for itself with sales to “countries new to satellites,” such as Nigeria, Indonesia and Thailand.