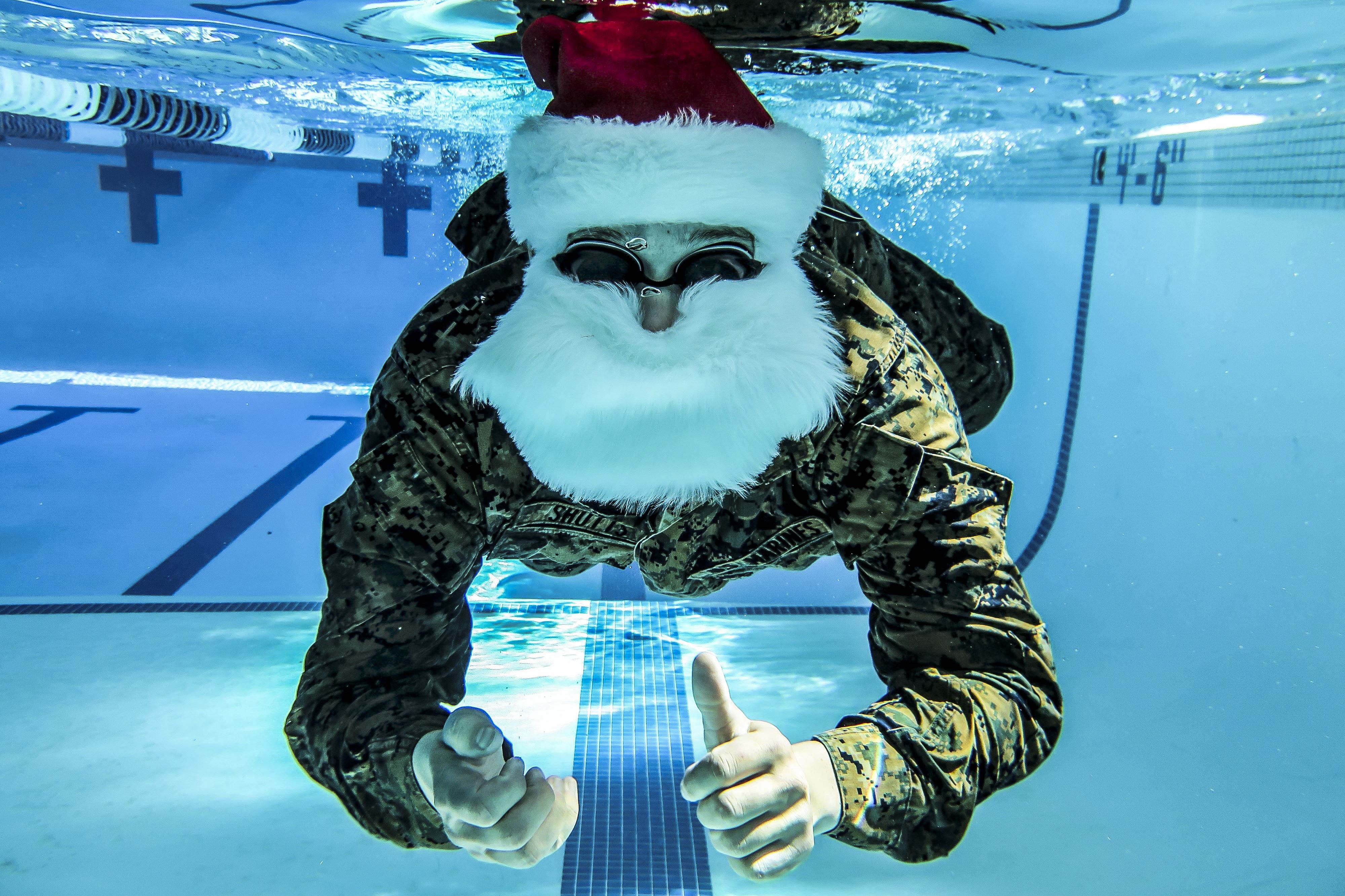 Navy Secretary Richard V. Spencer, Chief of Naval Operations Adm. John Richardson and Master Chief Petty Officer of the Navy Steven Giordano offered messages of thanks, support and wishes for a happy 2018 in their holiday videos.

The Navy leaders made sure to recognize the troops currently overseas and away from their families.

More than 4,600 Marines and 670 sailors stationed ashore in the Middle East this year are among those serving abroad. The Defense Logistics Agency Troop Support sent more than 100 tons of traditional Christmas food — including turkey, beef, ham, shrimp, desserts, and egg nog — to soldiers, airmen, sailors, and Marines deployed to Afghanistan, Iraq, Jordan, and Kuwait.

DLA Troop Support also ensured that service members at other locations around the world, including those at sea, will be able to enjoy a holiday meal. 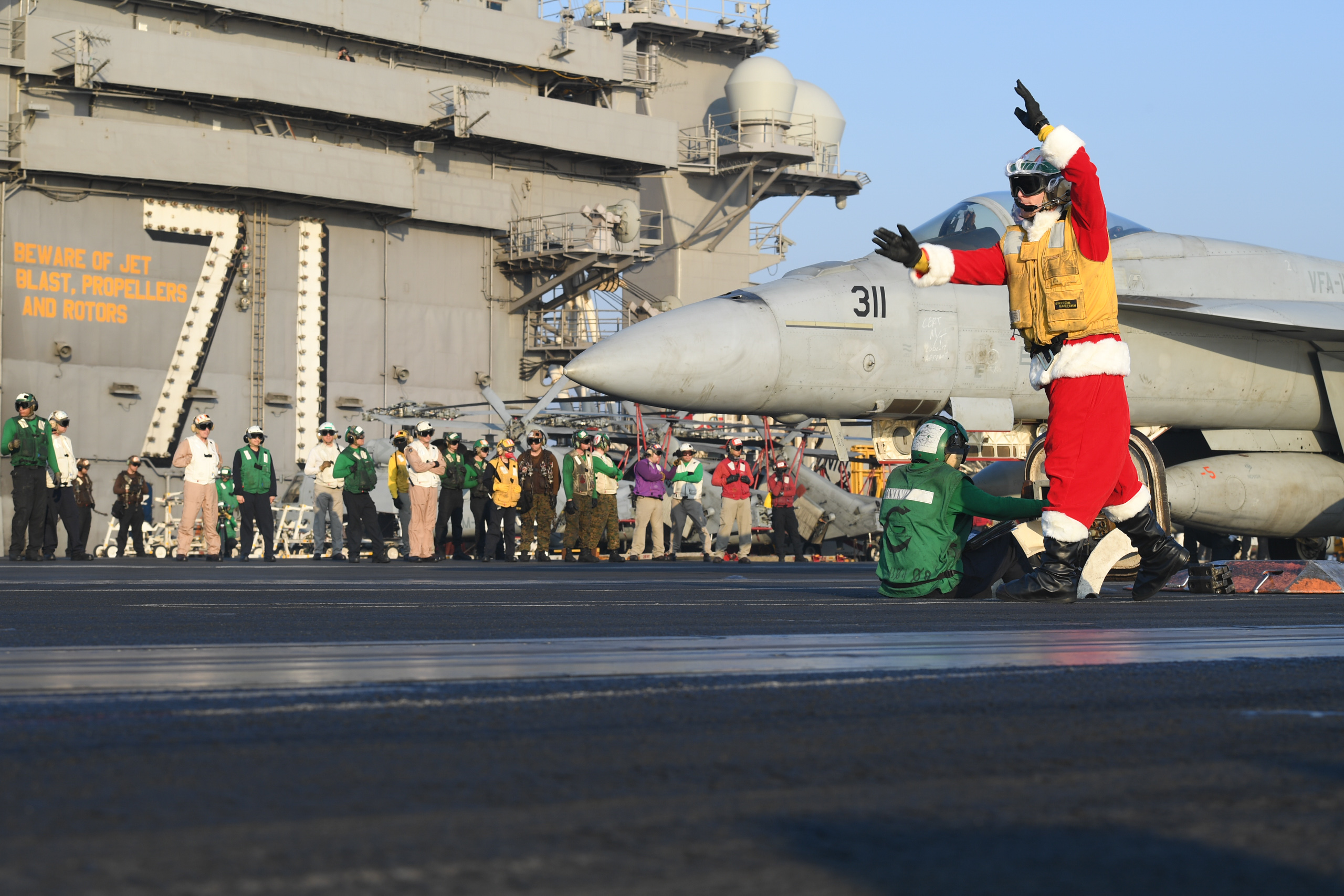 Some units operating overseas took it upon themselves to create some holiday cheer. Santa made an appearance on the flight deck of USS Theodore Roosevelt (CVN-71), operating in the Persian Gulf. And the sailors and Marines of the America Amphibious Ready Group and 15th Marine Expeditionary Unit made a holiday video to share with loved ones back home.