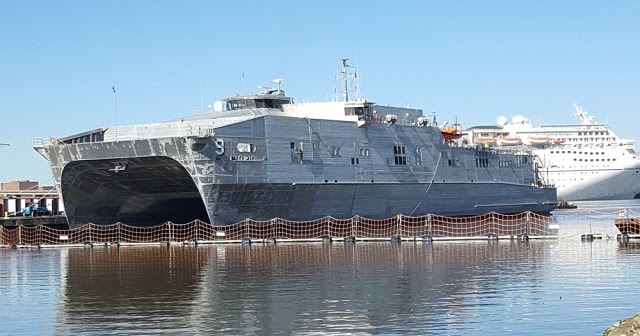 City of Bismarck completed its acceptance trials on Oct. 20 in the Gulf of Mexico and will now join the Military Sealift Command-owned fleet of EPFs operating around the globe today.

“EPFs continue to be excellent additions to the U.S. Navy force,” Capt. Scot Searles, Strategic and Theater Sealift program manager within the Program Executive Office for Ships, said in a Navy news release.
“With the delivery of EPF-9 to the fleet, the Navy continues to provide a variety of capabilities to U.S. operations around the globe.”

EPFs are shallow-draft catamarans for personnel and cargo transport, designed for rapid and agile maneuverability for use at austere or degraded offload points.

The EPF can interface with roll-on/roll-off port facilities, and can on- and off-load the Abrams Main Battle Tank. EPFs include a flight deck to support day and night aircraft launch and recovery operations, with airline-style seating for 312 embarked forces and fixed berthing for 104 people. 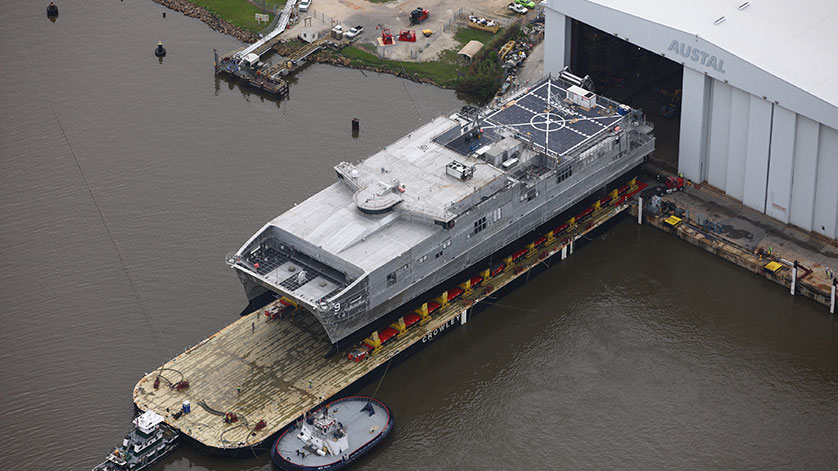 “We are so proud of the great things we are hearing about these ships from the Military Sealift Command and what they are doing around the world,” Austal USA President Craig Perciavalle said in an October statement when City of Bismarck concluded sea trials.
“From downed airplane search and rescue missions and hurricane relief assistance in the Caribbean to historic port calls in South Asia to pirate activity intervention off the coast of Africa, these are just a few of the many examples of how versatile the EPF fleet has proven to be in every corner of the globe.”

In 2008, the Mobile, Ala., shipyard won a $1.6-billion block buy for ten ships. In 2016, Austal was awarded $249 million for two additional hulls, bringing the current program size to 12 fast transports, according to the Navy statement.

The three remaining contracted ships are all under construction. Austal officials expect to launch Burlington (EPF-10) in early 2018, Puerto Rico (EPF-11) is under construction, and work on the unnamed EPF-12 began in September, the company has told USNI News.