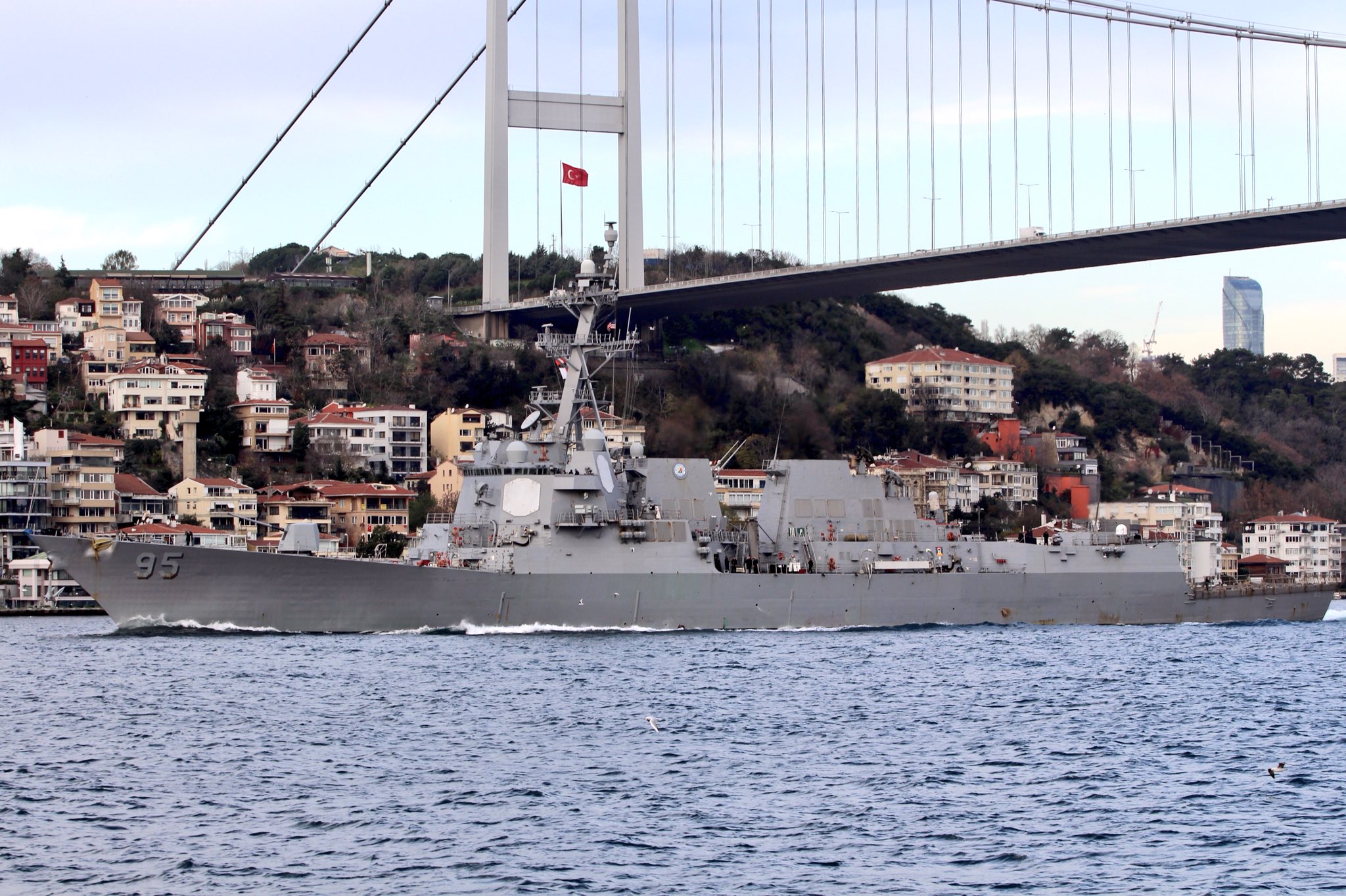 The guided-missile destroyer USS James E. Williams (DDG-95) transited out of the Black Sea on Saturday, according to ship spotters in Istanbul.

Williams crossed the Bosphorus Strait after operating in the Black Sea for 13 days, according to photographs of the ship passing through Istanbul on its way to the Mediterranean Sea.

Little was publicized about Williams’ mission other than the ship had made a port call in Odessa, Ukraine.

“The ship’s presence in the Black Sea is a demonstration of our continued commitment to the collective security of the European region,” read a November statement from U.S. 6th Fleet.

Williams is currently on an independent deployment from Naval Station Norfolk, Va. The ship left Norfolk on May 23 and has been operating in 6th and 5th fleets. Reports said the destroyer is expected back in Norfolk by the end of the month.

Since the 2014 seizure of the Crimean region of Ukraine by Russia, the U.S. has stepped up its presence in the Black Sea to support regional allies.

Prior to Williams, the last U.S. ship in the Black Sea was USS Porter (DDG-79) as part of the continuing Operational Atlantic Resolve. Porter, one of four ships forward-deployed to Naval Station Rota, Spain, left the Black Sea on Sept. 1.