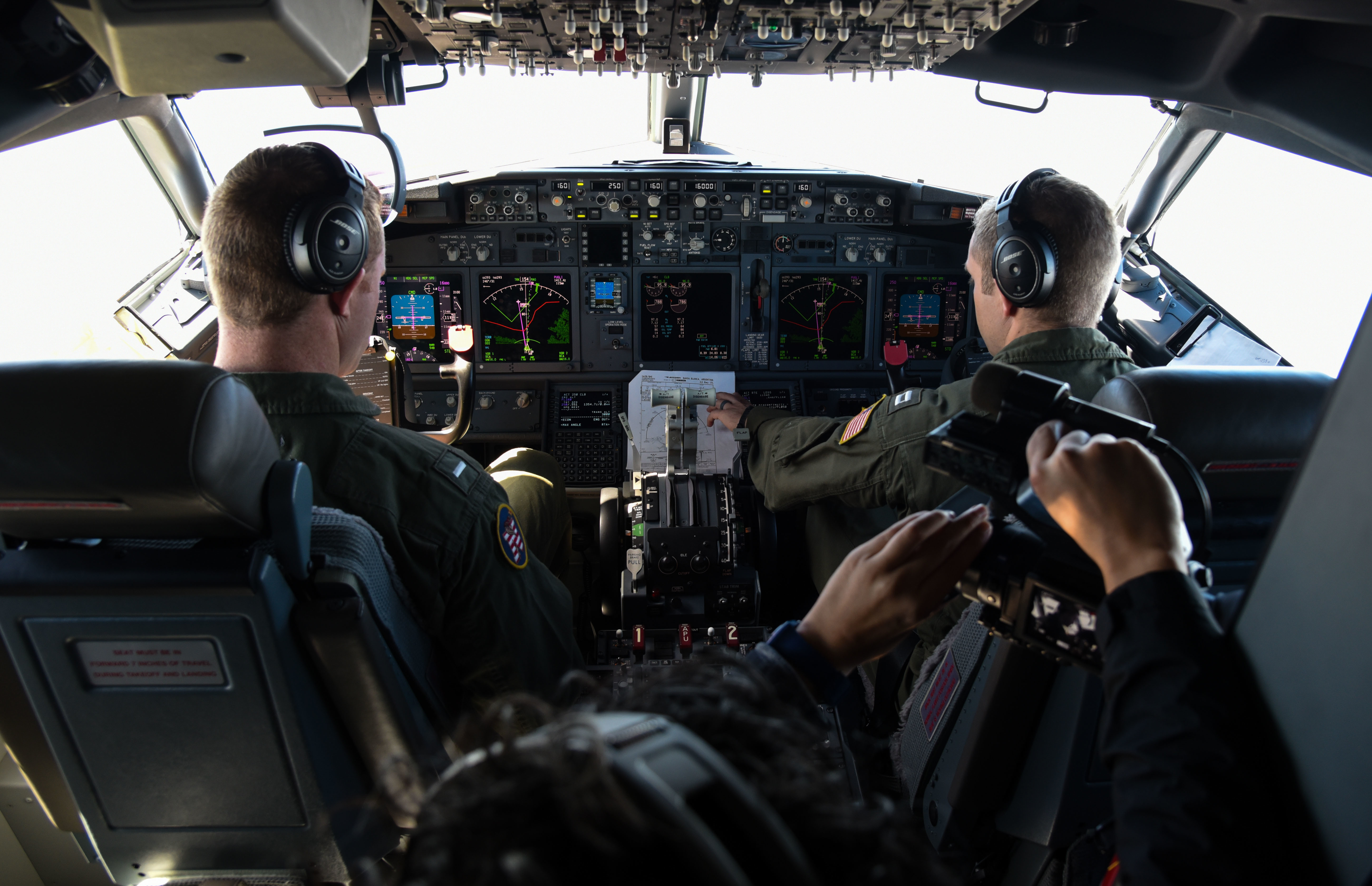 A reporter films pilots from Patrol Squadron (VP) 10, Red Lancers, on a P-8A Poseidon aircraft in Argentina as part of a detachment from Commander, Patrol and Reconnaissance Wing 11 assisting the search for a missing Argentine submarine.
US Navy Photo

The U.S. Navy is continuing to provide assistance to the Argentine Armada’s now dire search for its missing submarine as grief counselors were brought in to meet with family members of the missing crew of ARA San Juan.

“The Department of Defense continues to support a request from the government of Argentina for assistance with the search and rescue efforts for the sailors missing in the South Atlantic while underway aboard the submarine ARA San Juan,” said Col. Rob Manning, director of Defense Press Operations, Monday.

The Poseidons are operated by a detachment of sailors from Commander, Patrol and Reconnaissance Wing (CPRW) 11, and include sailors from the “Mad Foxes” of Patrol Squadron (VP) 5, the “Red Lancers” of VP-10, the “Pelicans” of VP-45, the “Tridents” of VP-26 and the CPRW-11 Tactical Operations Center, according to a statement released by U.S. Southern Command.

The aircrews are using radar, infrared cameras, sonobuoys and a wide range of other sensors aboard the aircraft to search for clues about the submarine’s location, according to a statement released by U.S. Southern Command. The Argentine Armada reports receiving assistance from other nations, including Brazil, the United Kingdom, Chile, and Russia have provided search teams.

Missing for 12 days, concerns over dwindling oxygen supplies and the news search efforts are now focusing on an area where an undersea explosion was detected shortly after the last communication was received from the sub, spurred the Argentine Navy to release statements stating they have not given up the search for San Juan and its crew of 44 sailors.

Meanwhile, the Navy also announced a team of psychologists, psychiatrists and doctors to work with family members who have congregated at the Mar del Plata Naval Base awaiting news of the search.