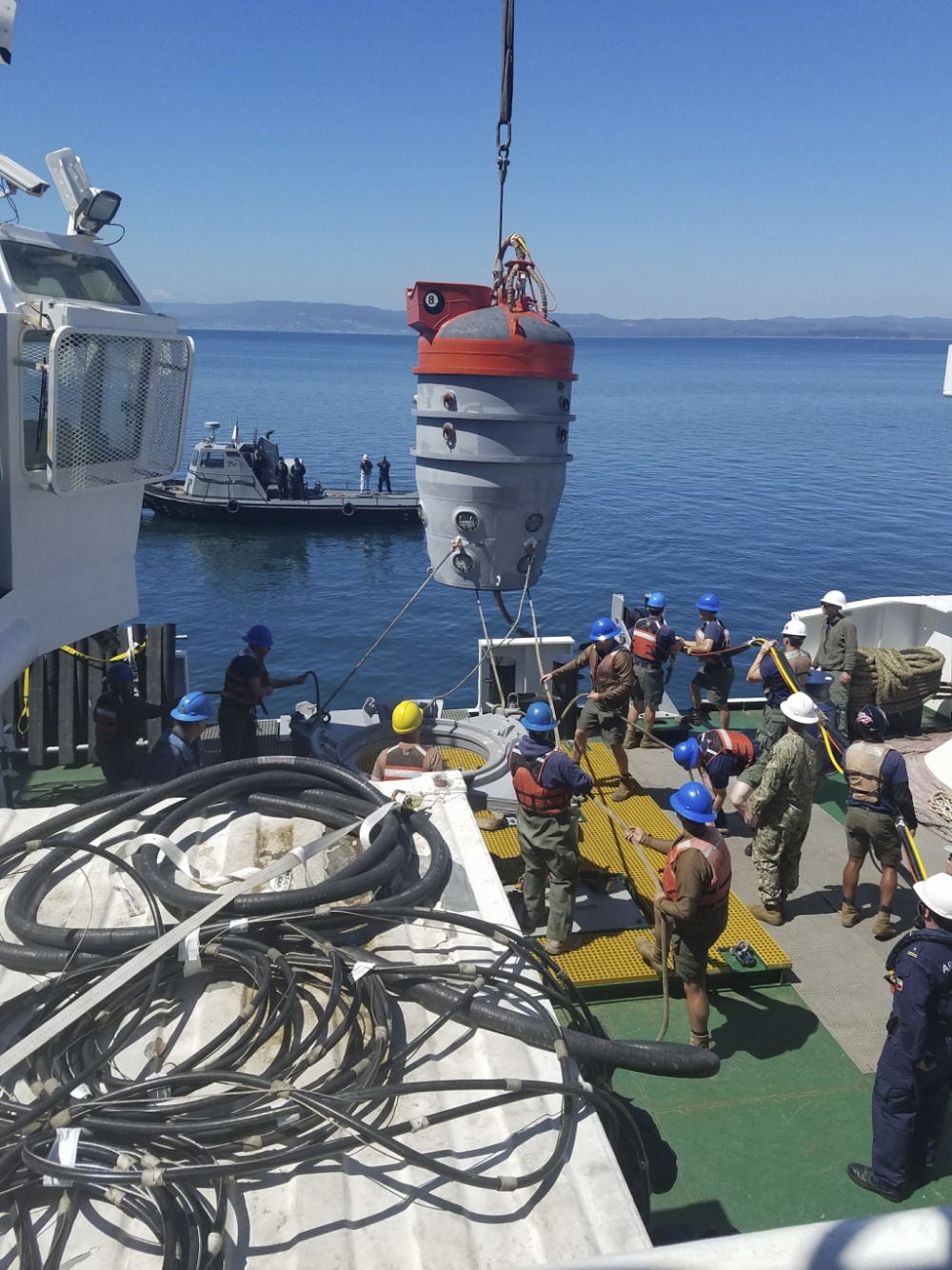 The Navy’s Undersea Rescue Command received the call and for the first time in a dozen years and members were quickly loading equipment onto planes readying for a real-life rescue mission in Argentina.

The Argentine Armada announced it had lost contact with ARA San Juan (S-42) on Friday and by Saturday the U.S. Navy was mobilizing its submarine rescue unit.

“We operate with a status making sure we can load our systems on airplanes within 24 hours,” Cmdr. Mark Hazenberg, former commanding officer of the URC, told USNI News on Monday.

The command is constantly training, both in the U.S. and with foreign navies, Hazenberg said, to be ready for what is a rare occurrence, the need to perform an undersea rescue.

During rescue scenarios, the ROV is used to first survey the submarine’s location, determine the angle it’s resting on the seabed, and can be used to clear any debris blocking hatches to be used during a rescue attempt, explained Hazenberg.

Hazenberg would not comment on the current operation in Argentina, but based on news reports from Argentina, it appears the command could consider using either the SRC or another apparatus, the command’s Pressurized Rescue Module (PRM), to attempt rescuing the crew. The PRM is currently being airlifted to Argentina. The equipment was sent in stages to accommodate a steady assembly flow, according to a URC spokesperson.

The SRC is a McCann bell based on designs dating to the 1930s but still used today, according to Hazenberg. It is operated by two crew members and can rescue up to six people at a time.

The SRC is lowered using a tethered cable from a mother ship and can reach submarines submerged 850 feet below the surface. Once the chamber reaches the submarine, it seals over the submarine’s hatch allowing sailors to safely exit the sub and enter the chamber.

The PRM is operated remotely by a crew on a ship. It can descend to 2,000 feet and can carry up to 18 people, including two attendants. Along with being able to hold more people and dive deeper, Hazenberg said a key feature of the PRM is its transfer skirt – used to connect the module to the submarine – can rotate to a 45-degree angle. The PRM can remain upright even if the submarine is resting at an angle which eases the rescue process.

The URC is comprised of approximately 145 personnel, including 45 active duty officers and enlisted sailors, 35 contractors, and about 65 reservists. Hazenberg said the combination of active duty, reserve, and contractor employees ensures the command is always ready to respond to a rescue situation. 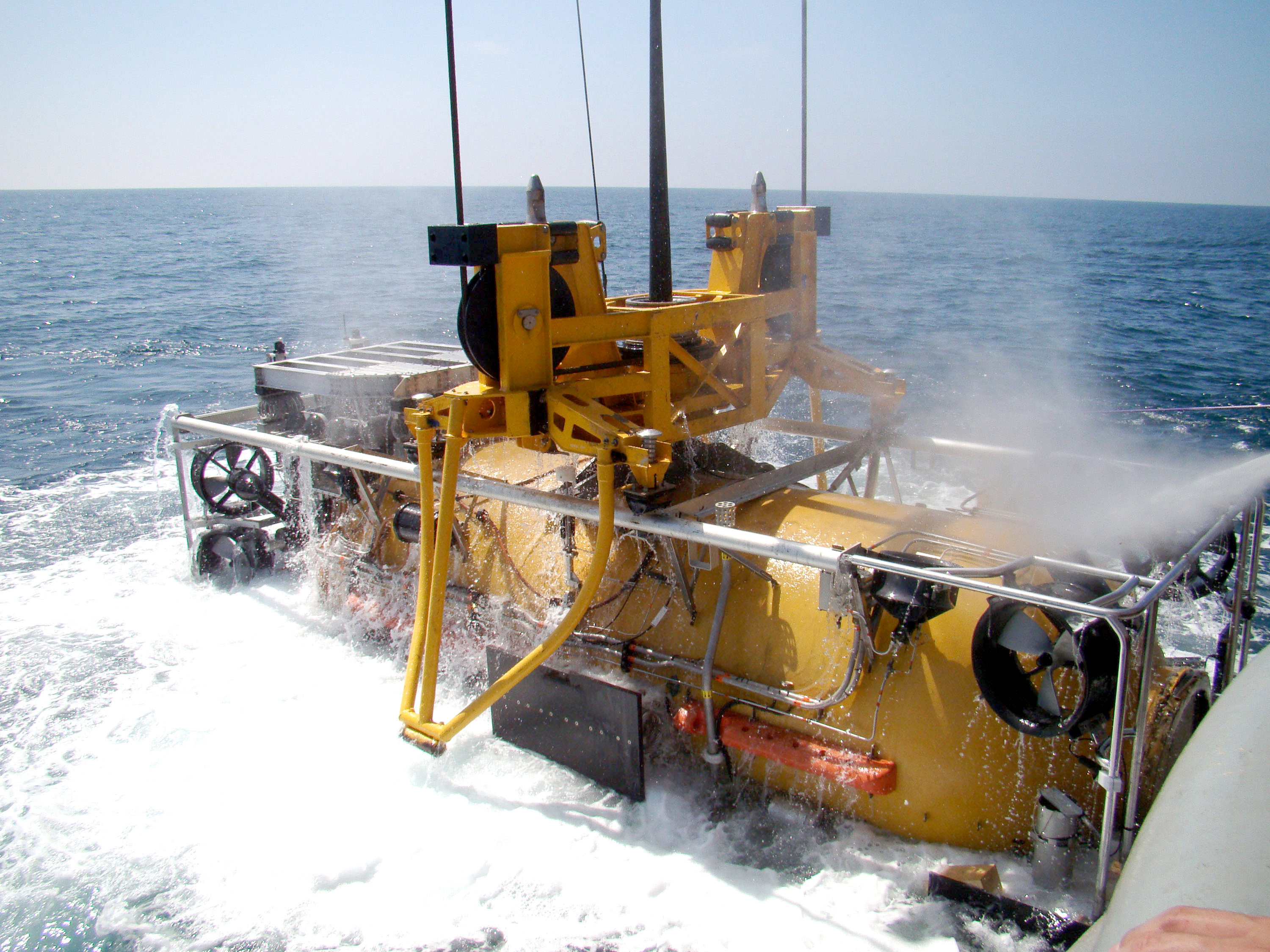 Since the last real-life rescue situation occurred in 2005, involving a Russian submersible, Hazenberg said the command frequently trains with navies from other nations. More than 40 countries are known to operate more than 440 submarines around the globe, according to the Navy.

Just a few weeks ago, the command finished a pair of exercises off the coasts of Turkey and Chile in September and October testing their ability to work with other navies during rescue scenarios very similar to the one playing out now off the coast of Argentina.

In September, the URC was part of the NATO-sponsored two-week Dynamic Monarch 2017 exercise, involving the International Submarine Escape and Rescue Liaison Office (ISMERLO), an organization which serves as an international hub for information and coordination on submarine escape and rescue.

The URC successfully conducted six dives with the Submarine Rescue Chamber (SRC) and conducted five open hatch connections with Spanish and Turkish submarines, according to a statement released by ISMERLO. About 1,000 personnel from several NATO navies, three submarines, four rescue ships, and other support ships participated in multiple rescue scenarios during the exercise.

Then, just a month ago, the URC traveled to Chile to again practice rescue scenarios using both the SRC and a Remotely Operated Vehicle (ROV) with Chilean submarine CS O’Higgins off the coast of Talcauhano, Chile, according to a statement released by the Navy. 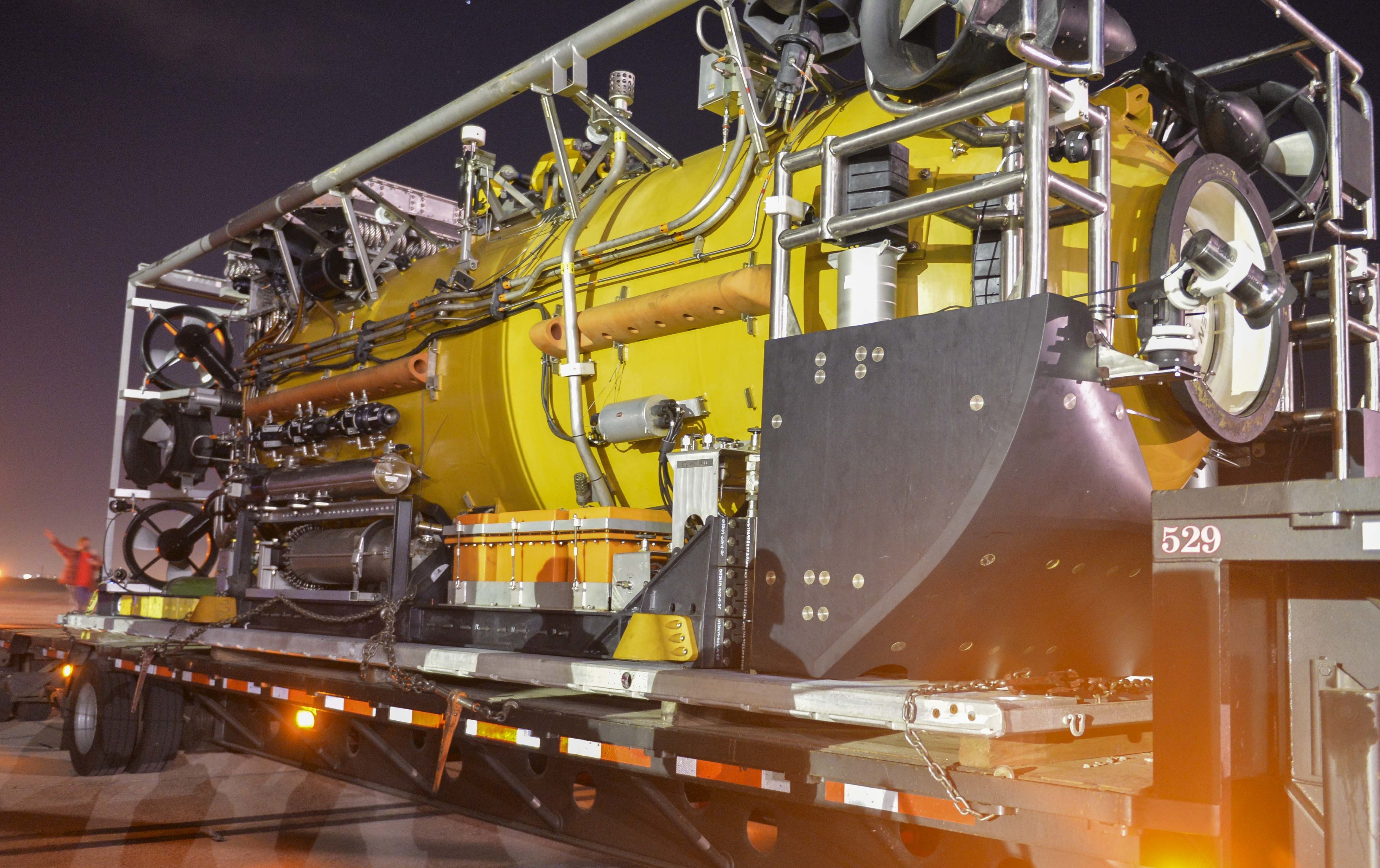 “Submarine rescue operations involve very challenging procedures, and they require consistent training to maintain proficiency,” said Cmdr. John Doney, deputy commander, Submarine Squadron 11, at the time of the exercise.
“Our ability to cooperate with our partner nations during such a technical evolution will ensure that, in the unlikely event of an actual submarine emergency, we will be operationally prepared.”

Before 1939, the world’s navies considered trapped submariners as lost, with rescue attempts having little chance of success, according to the U.S. Naval Undersea Museum, located at Naval Base Kitsap. Previous rescues involved submarines in shallow water.

The change in thinking occurred when the Navy rescued 33 crew members of the sunken USS Squalus in May 1939, using a rescue chamber that was the forerunner of the SRC used today. Of the 19 U.S. submarines accidentally sunk (sinking not caused by combat) the Undersea Museum reports nine involved at least some crew members surviving.