If confirmed, provide an audit of acquisitions or risk cuts and delays in funding, Sen. John McCain (R-Ariz) warned a pair of nominees to be top civilian leaders in the Navy.

Both provided their visions for being stewards of Navy acquisitions, which focused on providing Congress a clear spending analysis and pledges to avoid cost overruns. At times, Modly and Geurts explained their thoughts on issues posed by senators was so in concert they preferred to defer to their colleague’s response. At other moments, each seemed to complete the other’s thought. 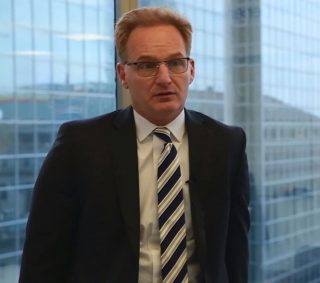 Thomas Modly, nominee to be Under Secretary of the Navy.

“I think one of the problems we’ve had is an inability to lock into requirements early,” Modly said, answering a question about how to avoid cost overruns. There’s a tendency to spend too much time tweaking programs, which causes entire project costs to increase with additional planning, studies, and tests.

While it was apparently heartening to many committee members hearing two of the people tapped to become Navy budget hawks speak about reigning in what often seems like runaway spending on such projects as the F-35 Lightning II Joint Strike Fighter and the Gerald R. Ford-class aircraft carrier (CVN-78), not every senator was willing to give Geurts and Modly a free pass on spending questions.

McCain said the Senate Armed Services Committee recently learned at another hearing how $50 million worth of money he said was totally wasted.

“Witnesses have come before and say we’ll do an audit,” McCain said to Modly. “An audit has not been done. I want you and Mr. Geurts to make this your highest priority.” 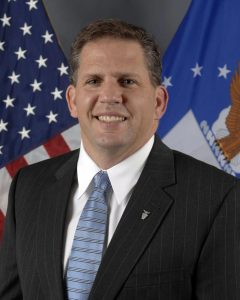 “You cannot run an organization efficiently if you don’t know how much it costs,” McCain said. “Be warned, we want an audit.”

Geurts concurred an audit of Navy spending would occur, and when it came to spending on emerging technologies, he would be the person held responsible for any overruns. Geurts is currently the U.S. Special Operations Command top acquisition executive. If confirmed, he will in effect be doing the same job, but on a much larger scale for an entire department than what he’s done for the combatant command.

An audit will be done, Modly said. Given his background as a managing director with PricewaterhouseCoopers, a few senators sounded hopeful this business experience would bring some clarity to Navy spending.

“I am firmly committed to driving the Department of the Navy to embody two prominent characteristics: agility and accountability,” Modly said during his testimony. “I believe these are the two most powerful indicators in determining whether any organization, public or private, will be successful over the long run.”

Modly grew up outside Cleveland, and remains an avid Indians and Cavaliers fan, according to social media profiles. Through hard work he earned an admission to the U.S. Naval Academy – he graduated in 1983 – and remains committed to supporting the country that took in his parents.

Both his parents emigrated to the U.S. to escape living behind the Iron Curtain. His father escaped Hungary 69 years ago because, Modly said during his testimony Tuesday, he didn’t join the communist party and would be shut out of any chance of having a successful career.

During his testimony Tuesday, Modly recalled his first visit to Hungary in the earl 1980s. In the square near where his father grew up, Modly said he could see the Hungarian parliament building, which at the time had a big red star atop. Today, the star is gone, but in the square is a statue of Ronald Reagan. 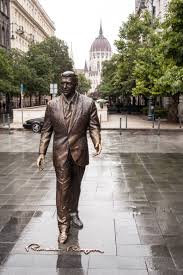 “I served as an active duty officer in the Navy with President Reagan and the American people fully committed to rebuilding our military and most specifically a 600-ship navy, to push back the challenge of the Soviet Union and protect our interests around the globe,” Modly said.

After serving as a Navy helicopter pilot for seven years, Modly worked in academia, the private sector, and public sector. In the early 2000s, Modly worked at the Pentagon, leading the Department of Defense’s business transformation efforts.

Today, Modly is in charge of PricewaterhouseCoopers’ Global Government and Public Services sector. He’s worked for the firm for a decade. According to his work bio, Modly has direct account responsibility for PwC’s Navy, Marine Corps and Office of the Secretary of Defense accounts. He is also PwC’s Global Account Leader for NATO, where the firm is engaged in substantial transformational projects as part of the NATO Reform Agenda. He also has a son and son-in-law serving in the Air Force.

“You have to have some confidence between an organization spending money and an organization giving the money,” Modly said, referring to the relationship between Congress and the Navy.
“Right now, there’s not that confidence.”