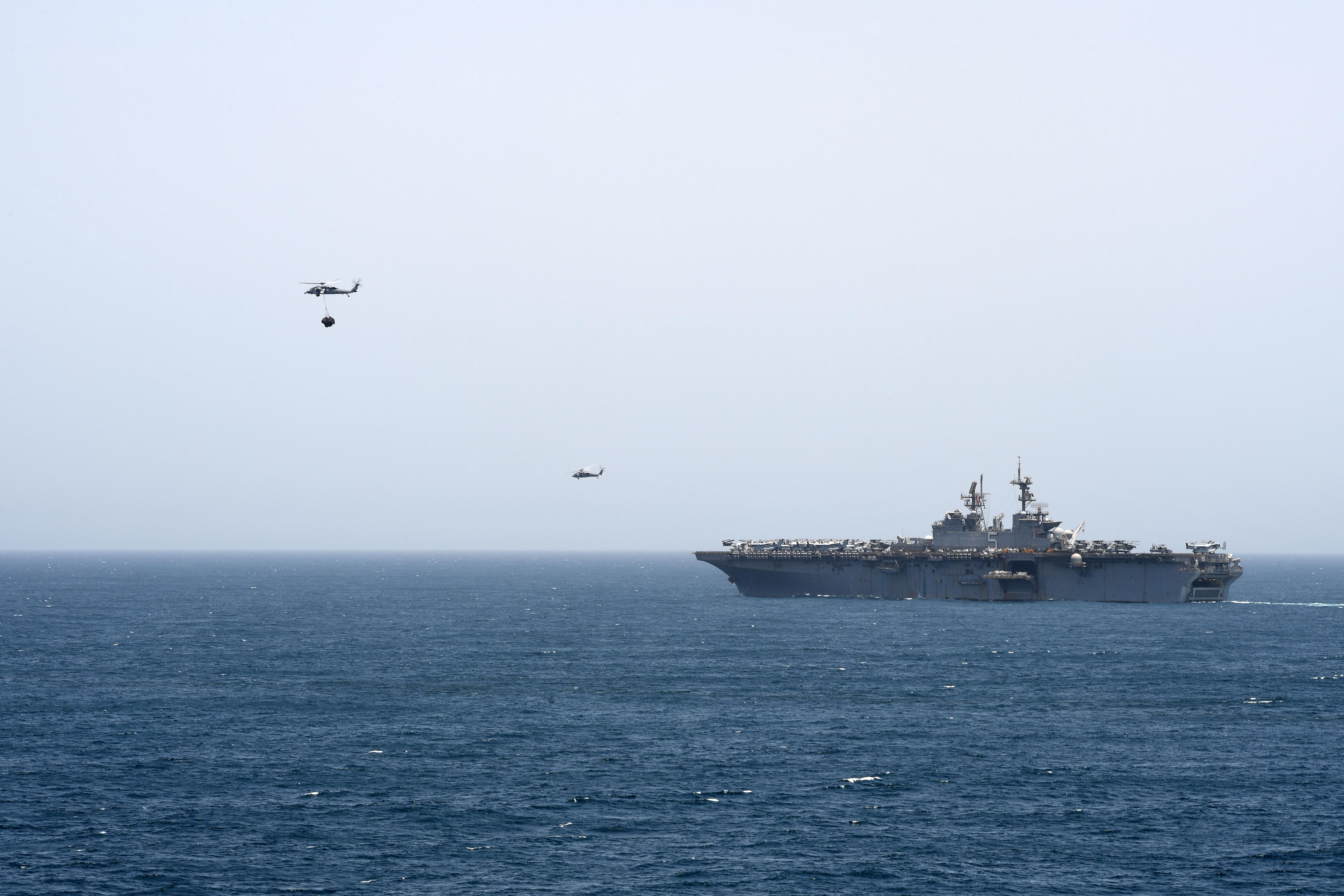 ANNAPOLIS, Md. — Calling the work help desk for password resets can be frustrating under normal situations, but try it while being tailed by a Russian surveillance ship, avoiding the Iranian Navy and steering clear of small craft potentially carrying explosives.

Capt. Larry LeGree, commodore of Amphibious Squadron 8, recently returned from deployment with the Bataan Amphibious Ready Group and described submitting the forward commander’s equivalent of a cry for tech help to just get systems running again while sailing through a crowded and not often unfriendly neighborhood.

“I sent 14 casualty reports this deployment to get a password [changed] or to get a configuration,” LeGree said.
“I shouldn’t have to do that.”

Speaking Tuesday at the NDIA Expeditionary Warfare Conference in Annapolis, LeGree’s comments were part of a panel discussing resiliency during recent amphibious operations.

While deployed, a ship’s crew or even the ARG staff often needs to make do with the resources available. A ship’s operations are continual and the threat in forward locations doesn’t diminish just because a system is down.

“I didn’t have the ability to have downtime when operating off the coast of Yemen,” LeGree said.

A number of a ship’s communications systems, security systems, and intelligence systems are designed with maximum security in mind or are not commonly taught to Navy personnel training to maintain such systems. When in homeport, specialists can be called or brought onboard to fix problems. While deployed, LeGree said that’s a different story. 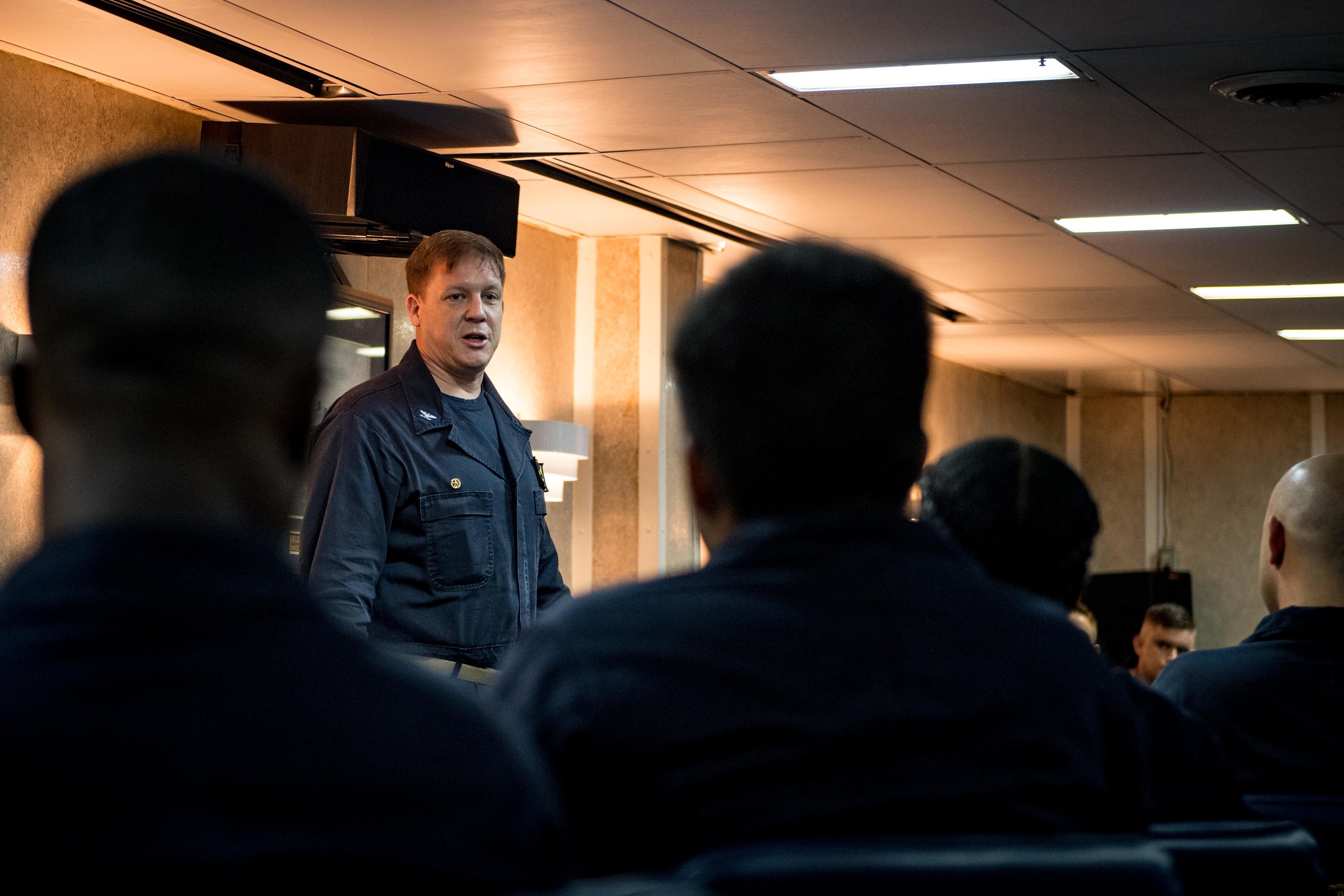 Capt. Larry Legree, commodore speaks during a safety stand down aboard the amphibious assault ship USS Bataan (LHD-5) on Aug. 23, 2017. US Navy Photo

“We simply don’t have the access out on the ships at sea to reconfigure them if something goes down,” LeGree said.

Having to spend a lot of time evaluating a system, getting the right technician to fix a system, or calling land-based support is a vulnerability for forward-deployed ships, LeGree said.

In a perfect world, ships would have one basic operating system with technicians trained to keep it running, he said. But the reality is several systems onboard are one-off systems, and maybe only one sailor in the ARG is trained to troubleshoot and fix any problems. LeGree said the Navy has to plan for self-sufficiency when designing ships.

Capt. Mike Crary, commander of the Makin Island ARG, detailed how more than half of the recently completed 214-day deployment was spent either in a split configuration or disaggregated – with ARG ships operating in two different theaters of operation. The ARG operated in Asia and supported counter ISIS operations.

The ARG might have the right staff for various tasks, but the personnel could be hundreds of miles away from the ship in need, Crary said. This applies to tech support, but also medical and intelligence needs.

Crary wants more surgical teams deployed, to help reduce the risk posed to sailors when an ARG operates in a split configuration. If there were a medical emergency, the surgical team could take hours or more to reach the patient. 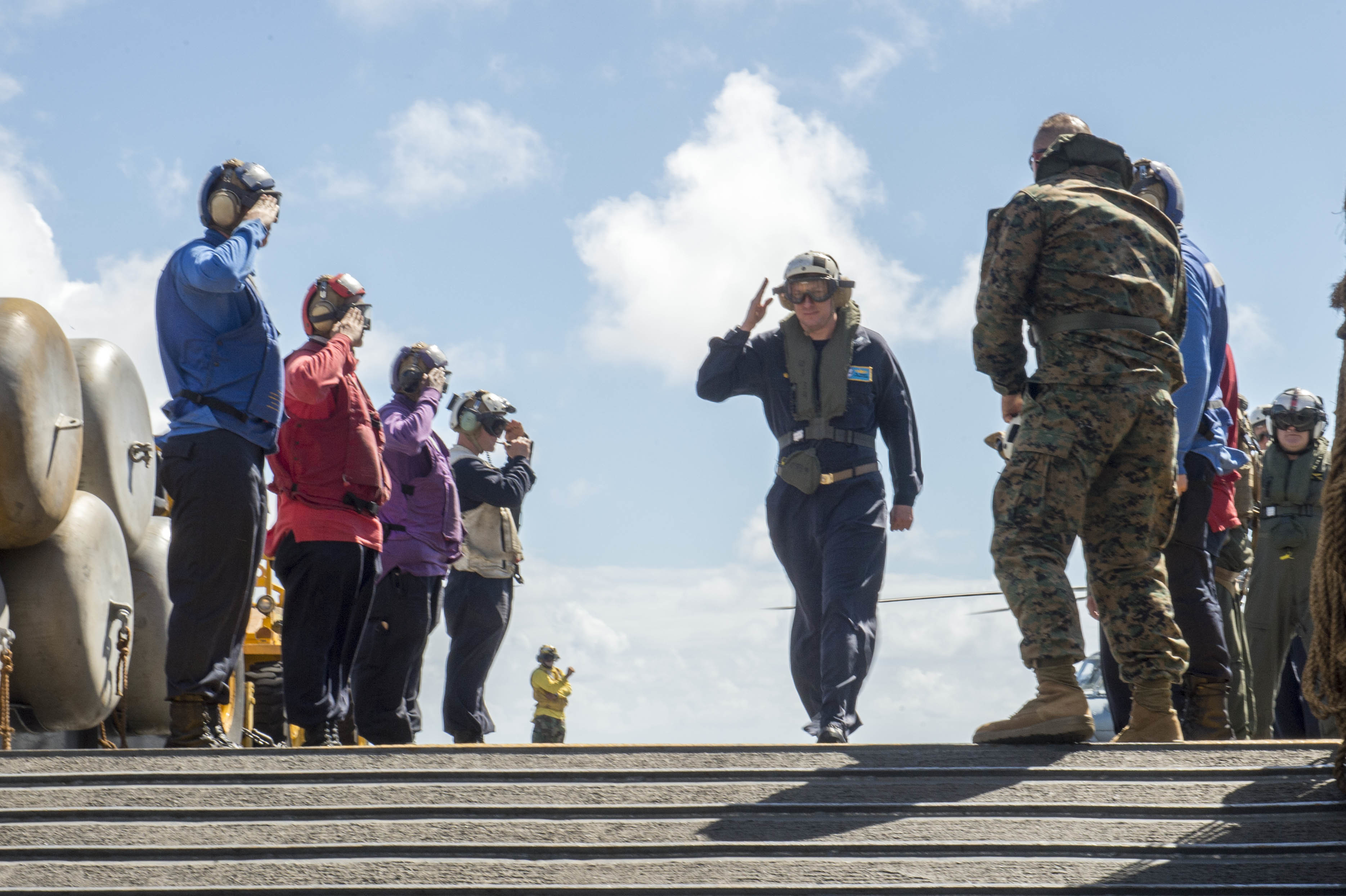 Both Crary and LeGree said ARGs need more intelligence staff. The missions take ships into contested regions, where threats are posed from both shore and by small vessels on the water. The risk to ships increases. Crary said, “One of the areas to mitigate that risk is more intelligence specialists.”

LeGree used whatever resources were available, including ones he described as “non-traditional ways to use ISR (intelligence, surveillance, reconnaissance).” During his recent deployment, LeGree used unmanned aerial vehicles to gather information about possible threats and called 15 guided missile cruisers operating nearby because they possess capabilities the ARG just doesn’t have.

“Part of resiliency is fixing it ourselves,” LeGree said.