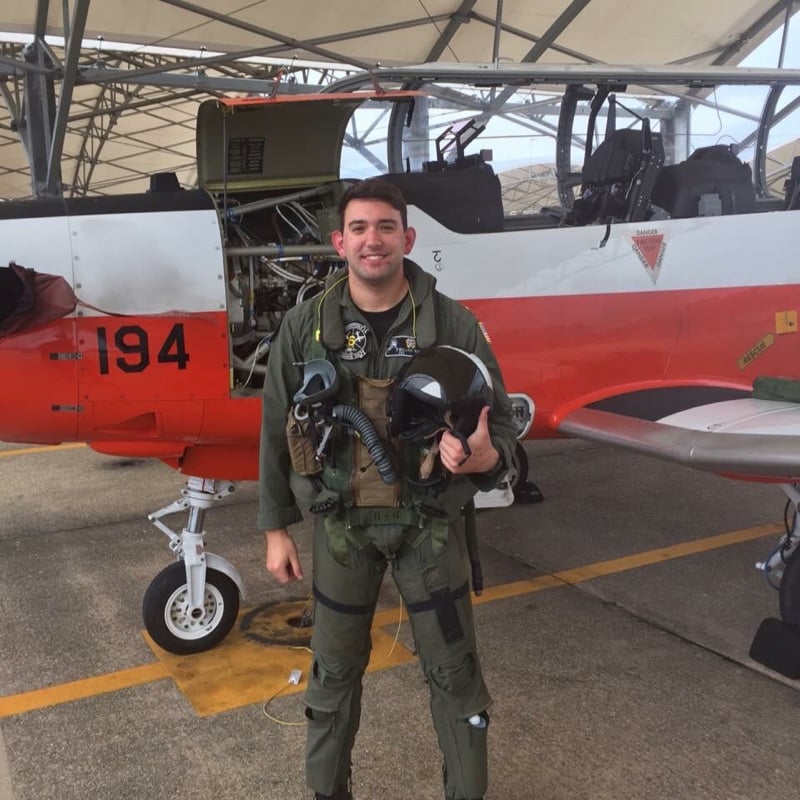 An undated file photo of Lt. j.g. Wallace E. Burch, 25, of Horn Lake, Mississippi. Burch was one of two pilots who were killed Oct. 1 when their T-45C aircraft crashed in Tellico Plains, Tennessee. US Navy photo.

Their T-45C Goshawk trainer jet crashed near Tellico Plains, Tenn., near the Cherokee National Forest in the eastern part of the state, and could not be reached until the next day due to the remote location. The two were on a training mission and were assigned to Training Squadron (VT) 7 at Naval Air Station Meridian, Miss.

Ruth, 31, from Metairie, La., began his Navy career in the Navy Reserve Officer Training Corps at Tulane University. He was commissioned in May 2008 and went through extensive flight training before joining Carrier Airborne Early Warning Squadron 126 out of Norfolk, Va., in 2012. In April 2015 he came to VT-7 to serve as an instructor.

An undated file photo of Lt. Patrick L. Ruth, 31, of Metairie, Louisiana. Ruth was one of two pilots who were killed Oct. 1 when their T-45C aircraft crashed in Tellico Plains, Tennessee. US Navy photo.

An investigation is underway to determine the cause of the mishap, according to a Navy statement, and the Navy has not commented further on the details of the crash.

While the T-45 trainer community faced operational stand-downs and flight profile restrictions over the summer due to a spike in physiological episodes experienced by pilots, USNI News understands that the T-45 that crashed this week was flying a flight profile not typically associated with a physiological episode — a term that includes both hypoxia, where the pilot receives insufficient or contaminated oxygen, or decompression sickness from fluctuations in cabin pressure. Though the cause of the crash won’t be determined for some time, USNI News understands that a physiological episode does not appear to be a factor.

Lt. Elizabeth Feaster, a spokeswoman for Naval Air Training Command, told USNI News that the VT-7 Eagles and the VT-9 Tigers, which both fall under Training Air Wing One, held a stand-down yesterday in the aftermath of the crash but resumed flight operations today.