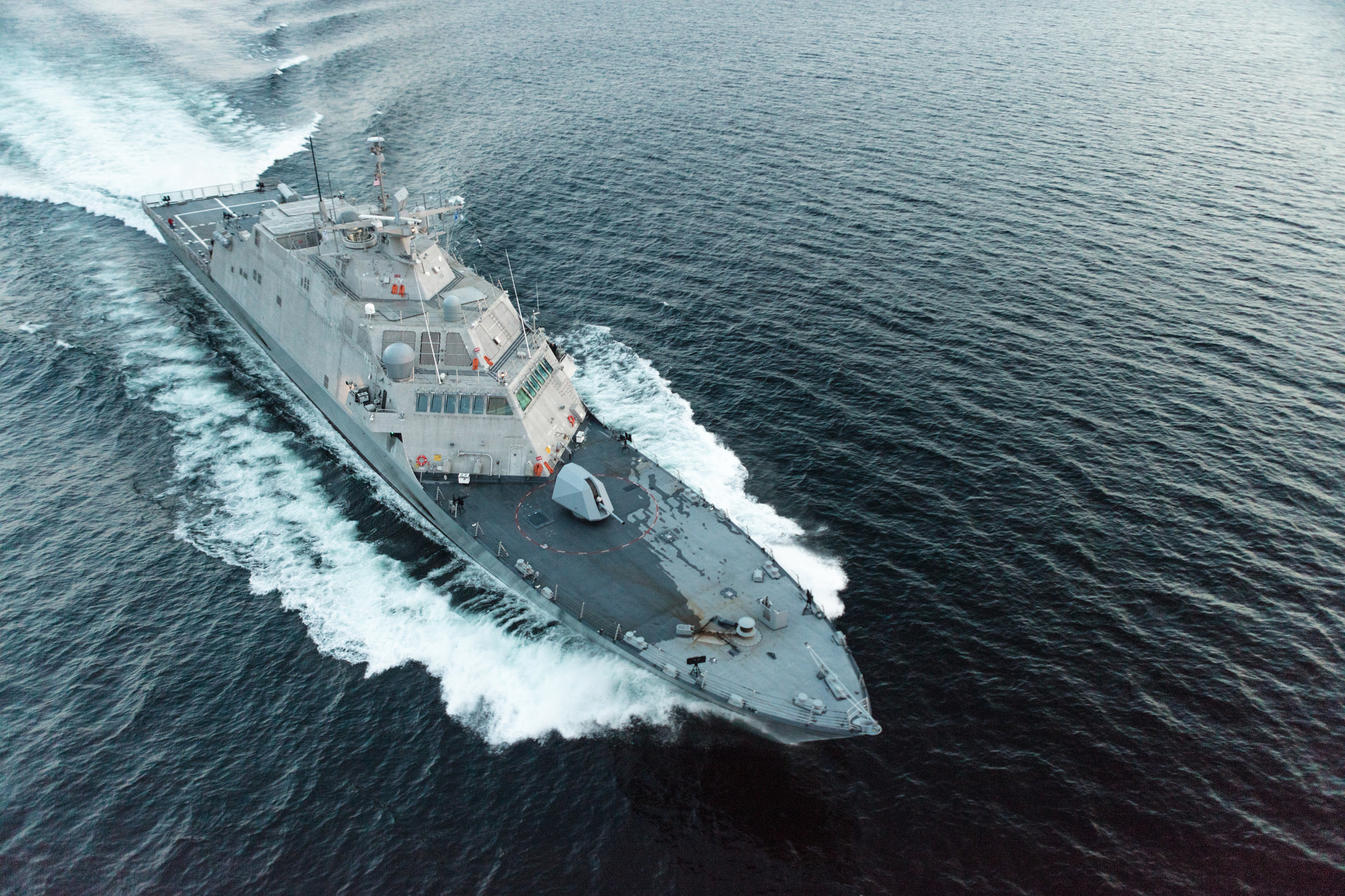 Little Rock is the 11th littoral combat ship delivered to the Navy and the fifth of the Freedom variant to join the fleet. Commissioning is planned for December in Buffalo, NY, next to where the museum ship, decommissioned USS Little Rock, a World War II-era Cleveland-class light cruiser that was converted to a guided missile destroyer.

The littoral combat ship is a modular, reconfigurable ship with three types of mission packages. Ships such as Little Rock can conduct surface warfare, mine countermeasures, and anti-submarine warfare operations.

So far, 27 littoral combat ships have been awarded, with the ships divided into two classes – Independence noted by even numbered hulls and built by a team led by Austal USA, and Freedom, with odd-numbered hulls such as Little Rock (LCS-9), and built by a team led by Lockheed Martin. Both companies are working on 13 more ships in various stages of production, and three in preproduction.

Any connection between Little Rock’s delivery date – September 25 — or hull number – LCS-9— related to one of the Civil Rights movement’s indelible images, were deemed coincidental by officials from the Navy and LCS builders, Fincantieri Marinette Marine and Lockheed Martin.

Selecting this as a delivery date, though, was determined solely by stipulations in the shipbuilding contract, not a sense of history, a Lockheed Martin spokesman told USNI News.

Similarly, recognizing the ship’s hull number could appear as a reference to the African American students, commonly referred to as the Little Rock Nine, was said to be a “pure coincidence,” according to a Navy spokesman.