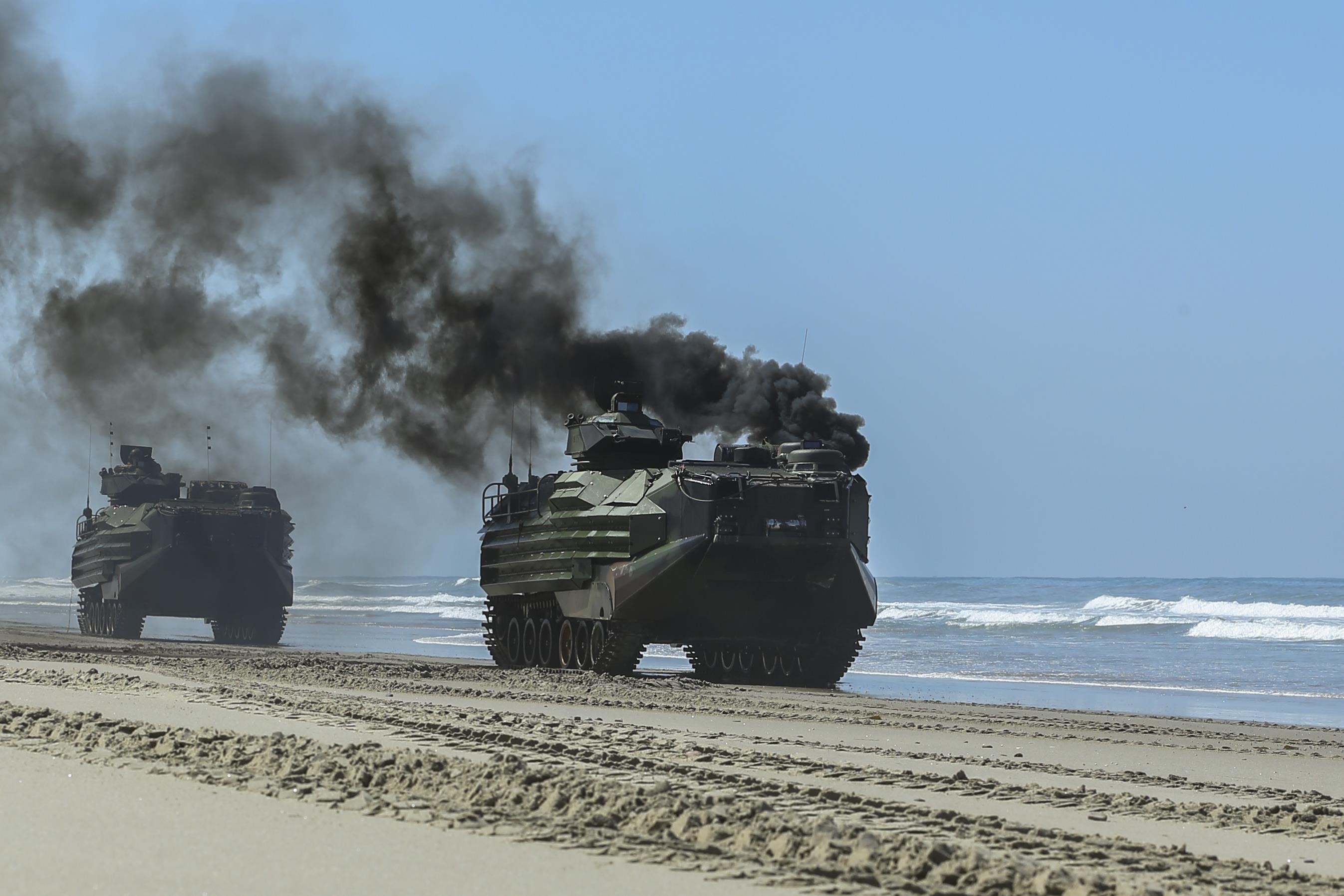 The injured Marines are assigned to two units – 1st Battalion, 1st Marines, and 3rd Assault Amphibian Battalion – at the base, 1st Marine Division officials said in a statement. The Marines were in a training area near Camp San Mateo, in the base’s northern section, at the time of the incident.

As of Wednesday evening, three Marines remained in “critical” condition and another five were listed in “serious” condition at the University of California-San Diego’s regional burn center in San Diego, according to the statement issued by 1st Lt. Paul Gainey, the division public affairs officer.

Another two Marines were listed in “critical” condition and two others were being treated at the University of California at Irvine Medical Center in Irvine, Calif., officials said. In addition, one Marine taken to Scripps Memorial Hospital-La Jolla was listed in “stable” condition.

Two other Marines were taken to Camp Pendleton Naval Hospital for treatment of “minor injuries,” they added.

The Marines were injured when an AAV “caught fire in a land-based training accident” about 9:30 a.m. at the base, where 1/1, an infantry battalion, was “conducting a combat readiness evaluation as part of scheduled battalion training at the time,” officials said in the statement.

Officials are investigating the circumstances surrounding the incident at this time,” they added. Details about incident, including the location and what caused the fire, were not available. Officials thanked first-responders and emergency personnel who quickly responded to the accident and added: “Our thoughts and prayers are with the Marines and their families affected by this incident.”

The Marine Corps’ AAV has been a primary sea-to-land transport vehicle since the 1970s. The service is planning to upgrade the tracked vehicles to improve its reliability and extend its survivability until its eventual replacement.