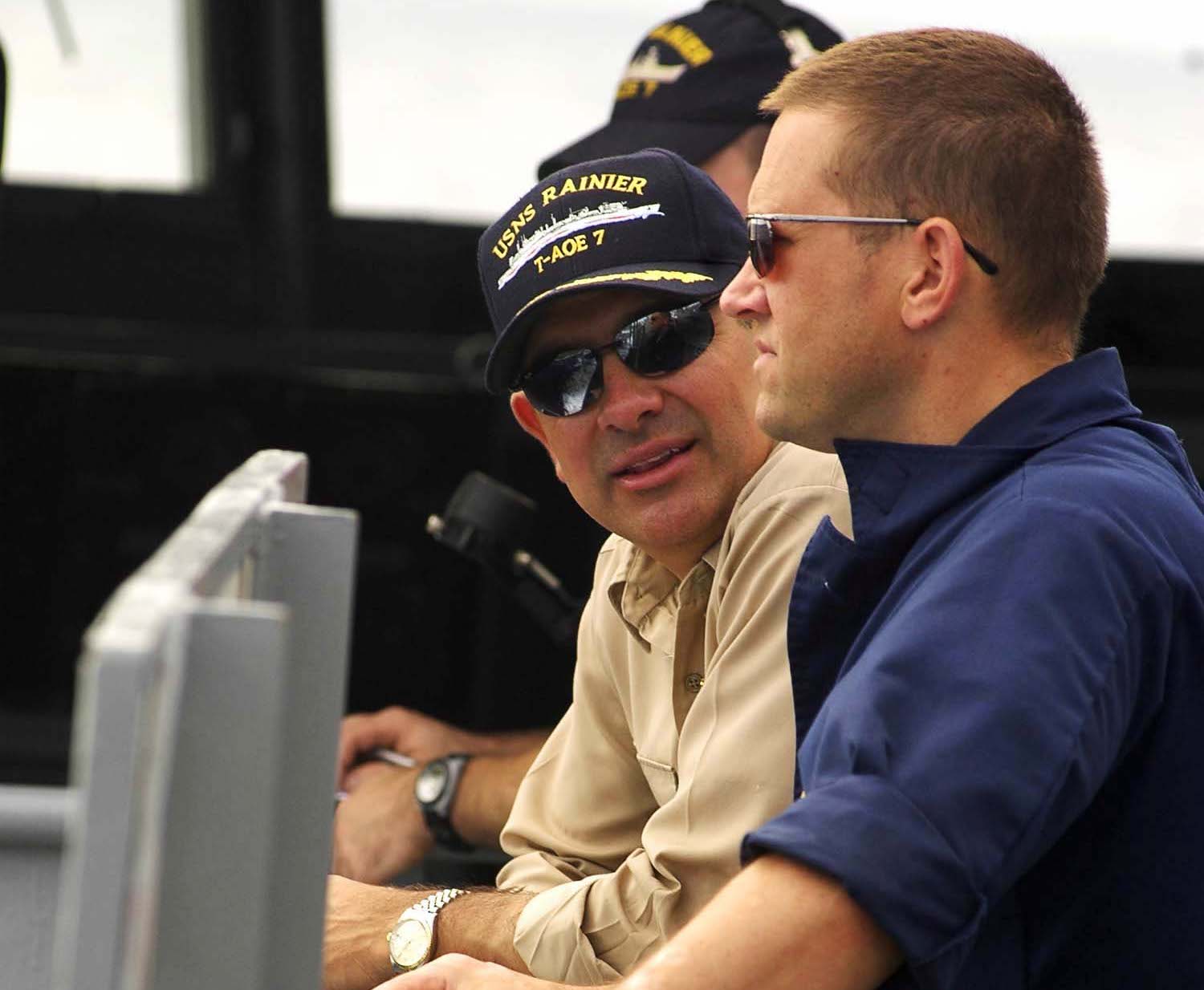 A former deputy commander of Military Sealift Command-Far East on Friday pleaded guilty to a charge that he accepted prostitutes, meals and other gifts worth at least $15,000 in exchange for divulging sensitive U.S. fleet information to a Singapore-based contractor, U.S. officials announced.

Former Capt. Jesus V. Cantu, who retired in 2014, admitted to one count of conspiracy to commit bribery in the wide-ranging so-called “Fat Leonard” corruption case surrounding Leonard Glenn Francis, president of Glenn Marine Defense Asia, according to a plea agreement filed in U.S. District Court in San Diego. Francis is accused of bribing Navy officials, from Singapore to Washington, D.C., to influence schedules of ships traveling through Far East ports and favor GDMA in competition for lucrative husbanding contracts during a period that extended into September 2013.

Cantu, 59, of Silverdale, Wash., waived an indictment in exchange for a plea deal. He faces punishment that can include up to five years in prison, a $250,000 fine and three years of probation when he is sentenced at a Nov. 9 hearing in San Diego.

Cantu, who retired in February 2014, admitted in his plea agreement that he accepted drinks and pricey meals and drinks at high-end restaurants, clubs and hotels from Francis, as well as “the services of prostitutes on numerous occasions in 2012 and 2013.” That included a $560 dinner, $675-a-night hotel room and two prostitutes in Singapore on June 1, 2012. A month later, Francis covered the $2,850 bill for hotel room, dinner and drinks for Cantu and “a female companion.”

On Sept. 13, 2013, a night of “partying and prostitutes” in Singapore led to a $6,203 bill that Francis covered for Cantu and another Navy officer. That same month, however, Cantu was questioned by a Naval Criminal Investigative Service agent about his relationship with Francis. According to the plea, by then, Francis had doled out “more than $135,000” in bribes, from meals to prostitutes, to Cantu and other co-conspirators.

Francis, who was arrested Sept. 16, 2013, pleaded guilty in a San Diego court on Jan. 2, 2015. His sentencing hearing originally set for June 16 has been rescheduled to Dec. 15, online court documents showed on Friday.

So far, U.S. prosecutors have charged 28 people – including 21 current and former Navy officials and five civilian workers – along with GDMA executives in the “Fat Leonard” case, according to the U.S. Attorney’s Office in San Diego. As of Friday, 19 have pleaded guilty and another nine await trial.

“The number of U.S. Navy officials who participated in this conspiracy is astounding,” Acting U.S. Attorney Alana W. Robinson, said in a statement announcing Cantu’s guilty plea. “Like so many others, this defendant sold out the Navy and his country for cocktails and karaoke. We are pressing forward in this investigation until we are certain that all involved have been held accountable.”

Prosecutors say Cantu’s involvement dated back to 2007, when he was assistant chief of staff for logistics for commander, U.S. 7th Fleet aboard the USS Blue Ridge.

Cantu “and others participated in a bribery conspiracy with Francis… (and) accepted more than $135,000 in meals, entertainment, travel and hotel expenses, and the services of prostitutes from Francis,” prosecutors said in the statement. “In exchange, they worked together to help Francis as issues important to his business arose.”

“The guilty plea of Jesus Cantu is another sad chapter in the largest fraud and corruption scandal in the U.S. Navy’s history,” said Dermot O’Reilly, the Pentagon’s deputy inspector general for investigations. “While the conduct of the vast majority of U.S. Navy personnel is beyond reproach, the unfortunate truth is that for years Leonard Francis and Glenn Defense Marine Asia compromised the integrity of numerous members of the U.S. Navy. This investigation continues, and the Defense Criminal Investigative Service and its law enforcement partners will relentlessly pursue those individuals involved in this massive corruption scandal.”

According to the U.S. attorney’s office:

U.S. prosecutors have charged Francis and four other GDMA executives – Alex Wisidagama, Ed Aruffo, Neil Peterson and Linda Raja – and all have pleaded guilty. Wisidagama was sentenced on March 18, 2016, to 63 months and $34.8 million in restitution to the Navy. Peterson and Raja were extradited from Singapore in 2016 and sentenced on Aug. 11 to 70 months and 46 months in prison, respectively. Francis and Aruffo await sentencing.

The Navy also has charged at least one officer – Cmdr. David Alexander Morales, 49, a former F/A-18 Hornet pilot – under the Uniform Code of Military Justice in connection with the GDMA case.