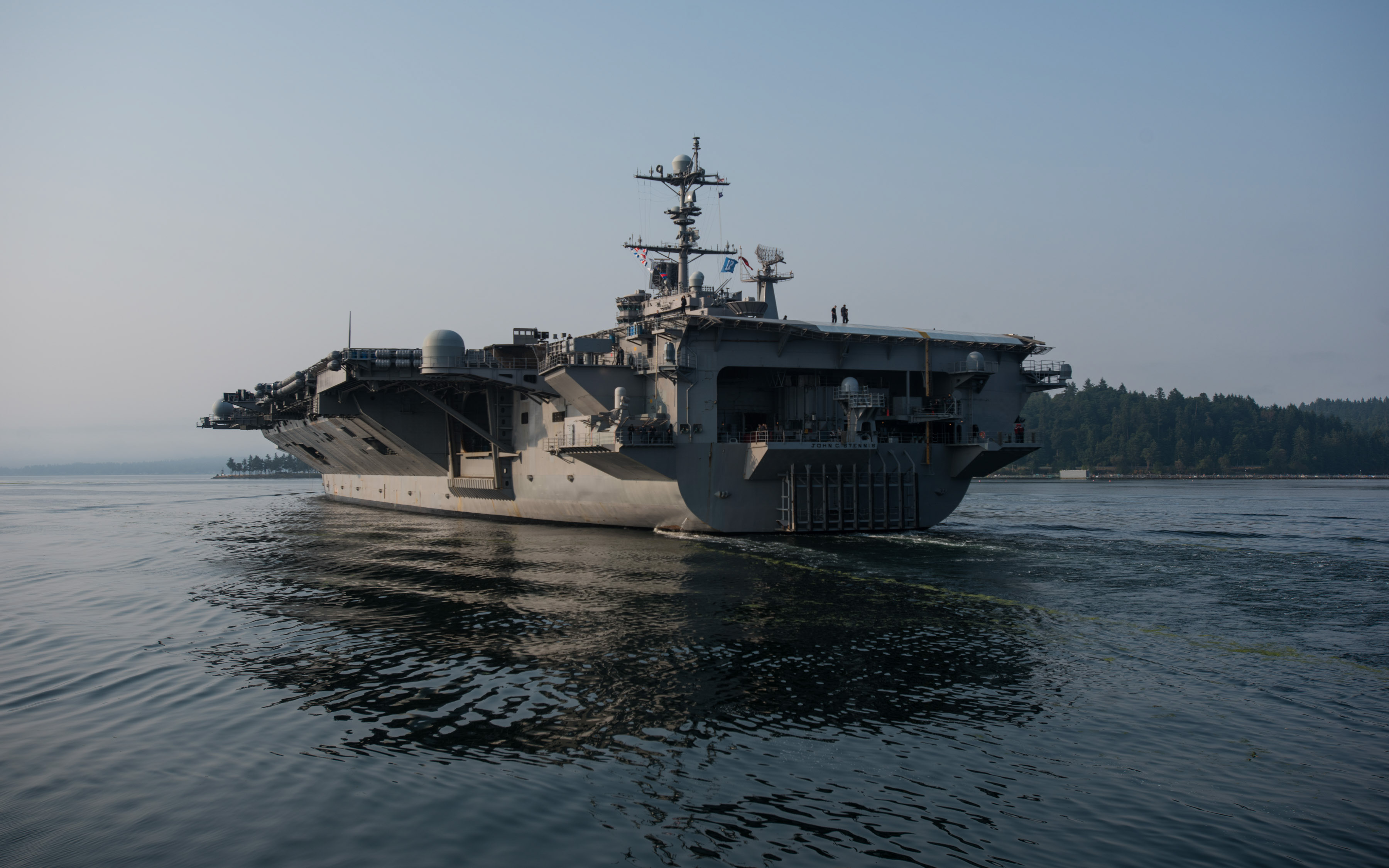 The sea trials, evaluating the ship’s systems and the crew’s operational readiness, were conducted following planned incremental avialability. According to the Navy, John C. Stennis underwent the largest planned incremental availability ever attempted for an aircraft carrier and included two projects never before completed during a six-month shipyard stay.

“The success of our sea trials was a testament to the work our crew and the Puget Sound Naval Shipyard and Intermediate Maintenance Facility team put into our availability,” said a statement released by Capt. Greg Huffman, commanding officer, John C. Stennis. “Our ship and crew are now ready to face their next mission, preparing for the certifications and training needed for operations around the world.”

John C. Stennis’ time in the shipyard included more than 2.8 million man-hours of work, including: 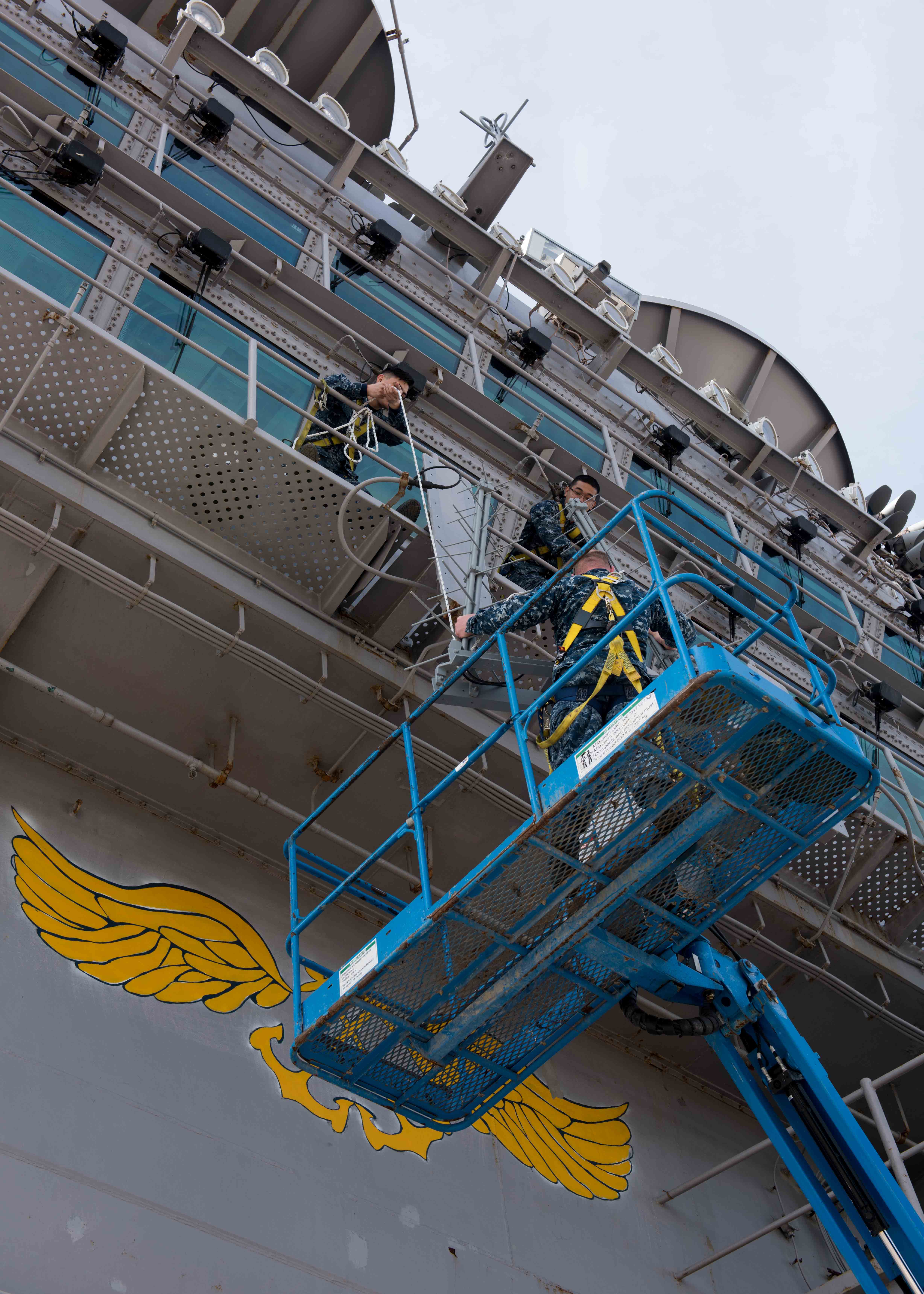 Sailors install an antenna on the island aboard the aircraft carrier USS John C. Stennis’ (CVN-74) on May 9, 2017. US Navy Photo

“We’re trying to test everything that was worked during the PIA and at the same time build some proficiency in the watch standers to make sure, with the months that we have been in port, that we get back into a proficient level,” said a statement from Cmdr. T. J. Zerr, reactor officer, John C. Stennis.

“The CVN 74 team, from the commanding officer to the project superintendent, all the way down to the junior Sailor and mechanic on the deck plate, has understood from day one the importance of completing John C. Stennis’ 2017 fiscal year PIA on schedule,” Mike Irby, Puget Sound Naval Shipyard and Intermediate Maintenance Facility project superintendent said in a statement.
“Through tremendous effort and teamwork, team Stennis completed this availability five days ahead of schedule. This accomplishment could not have been achieved without the maintenance deployment mindset of Capt. Huffman and his department head leadership instilling a unique sense of urgency from day one to succeed.”

John C. Stennis is now back in Bremerton to conduct training and evolutions to prepare the crew for a return to operations at sea.