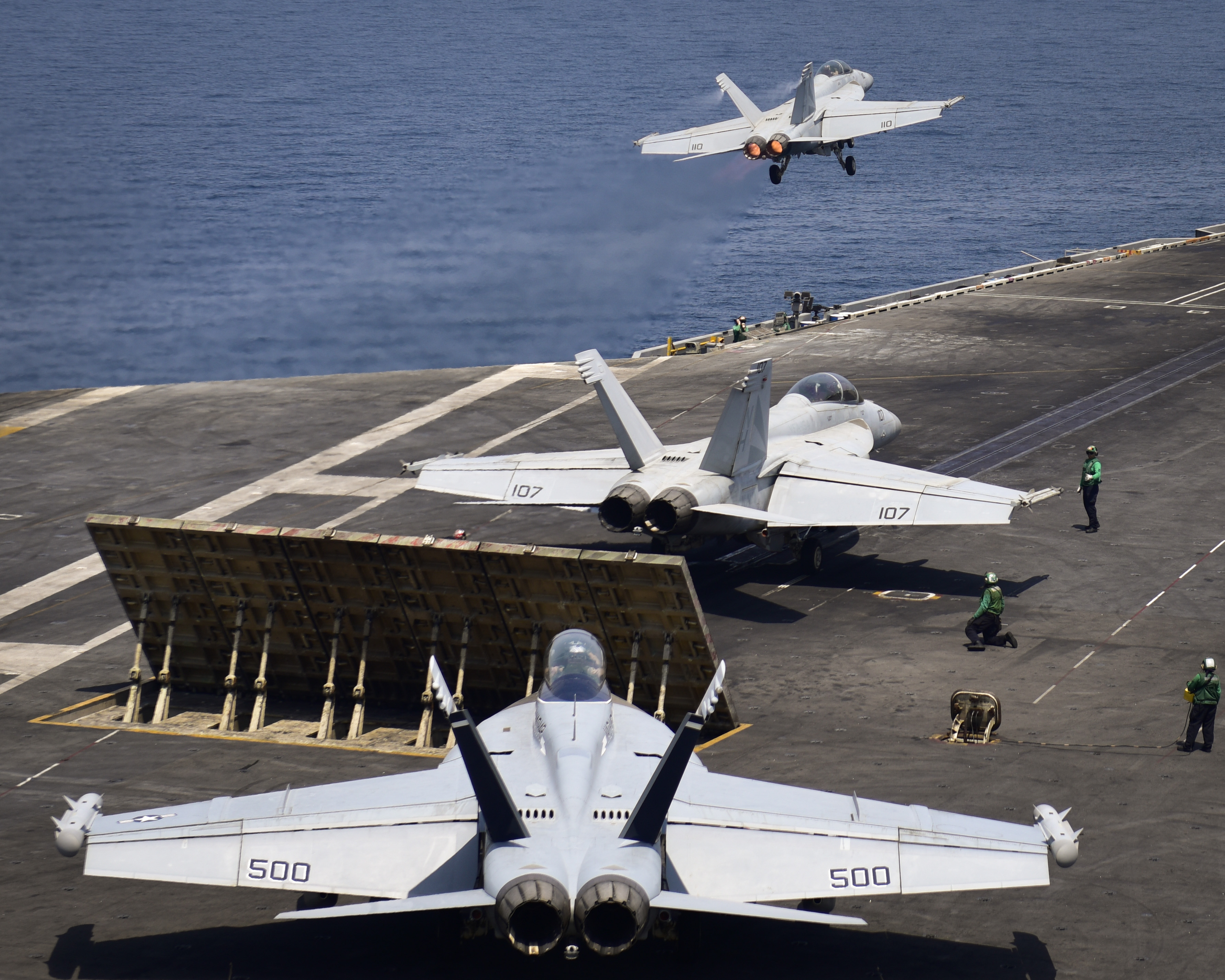 USS Nimitz (CVN-68) is currently operating in the Persian Gulf, after arriving in U.S. 5th Fleet in mid-July. Nimitz departed its homeport of Naval Base Kitsap-Bremerton on June 1 and is set to carry out a deployment of about six months.

The Kitsap Sun first reported the extension, after Nimitz CSG families were notified of the short extension.

Though the Nimitz CSG has been deployed for less than two and a half months, the deployment has been a busy one. After sailing through the Pacific and stopping for Exercise Malabar 2017 with the Indian military in the Indian Ocean, it began conducting air strikes in Iraq and Syria to support OIR. Earlier this week an Iranian drone harassed an F/A-18E-F Super Hornet preparing to land on Nimitz, in what the Navy called “the 13th unsafe and/or unprofessional interaction between U.S. and Iranian maritime forces in 2017.”