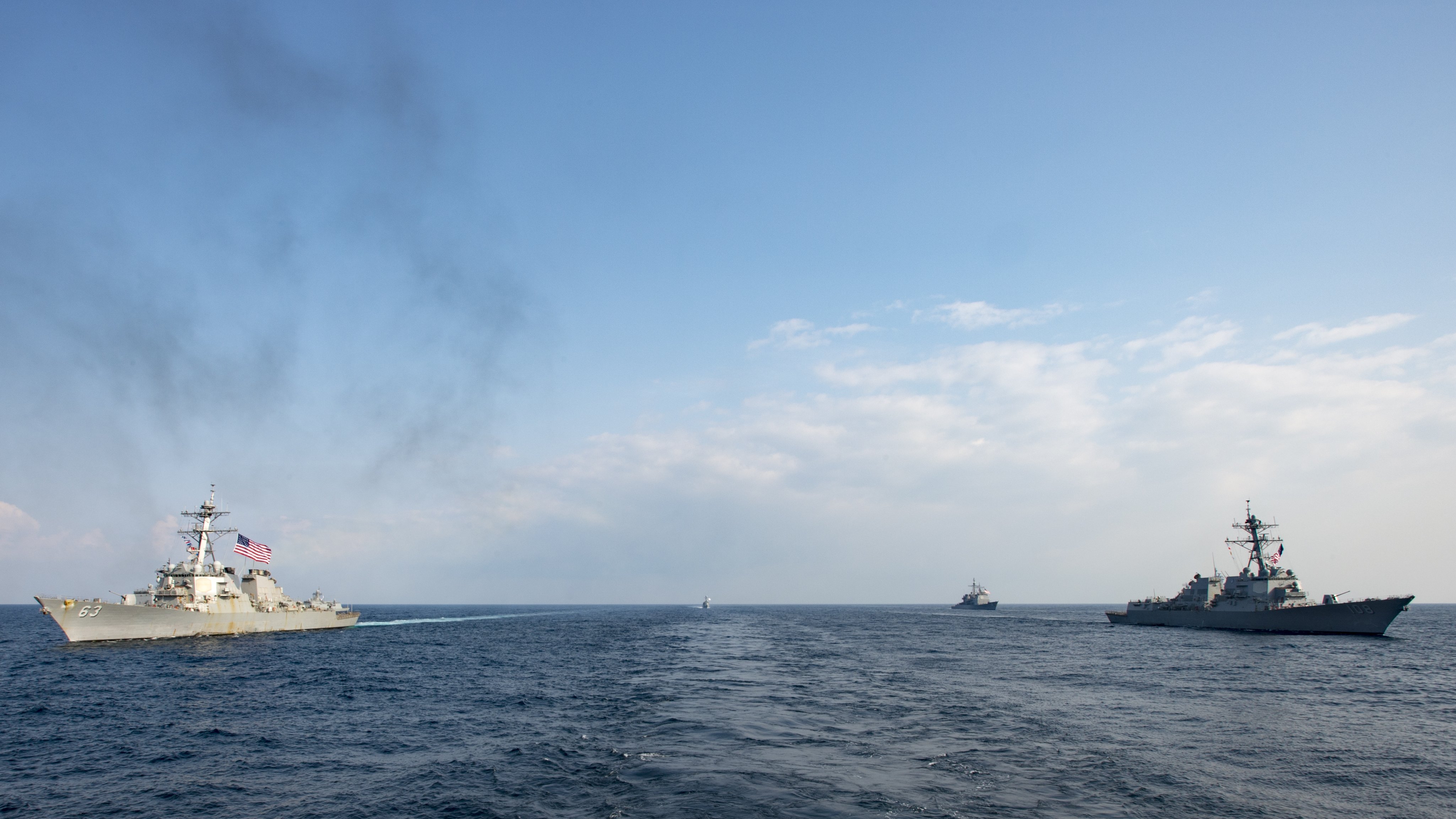 The Navy suspended its search for a missile sailor assigned to guided-missile destroyer USS Stethe­m (DDG-63) at 4 p.m. Japan Standard Time (3 a.m. EST) on Aug. 4, after more than three days of continuous search with U.S., Japanese and Chinese ships and aircraft.

The sailor was reported missing and assumed overboard Aug. 1 around 9 a.m. local time while Stethem was conducting routine operations about 140 miles west of Subic Bay in the Philippines, in the South China Sea. Multiple searches were conducted inside the destroyer, but the crew was unable to find the missing sailor.

The destroyer was assisted by Military Sealift Command ships USNS Vice Adm. K.R. Wheeler (T-AG-5001) and USNS Amelia Earhart (T-AKE-6); Japan Maritime Self Defense Force ships JS Izumo and JS Sazanami; and two People’s Liberation Army Navy frigates, along with U.S. Navy P-3s and Japanese helicopters searching from the air. In total, the ships and aircraft from the three countries spent 79 hours searching about 10,000 square miles. The decision to call off the search was made around 3 a.m. Eastern Daylight Time today.

“After an extensive search, with help from the JMSDF and PLA(N), we were unable to locate our Sailor,” Capt. Jeffrey Bennett, commander of Destroyer Squadron 15, said in a Navy news release.
“I offer my deepest condolences to the Sailor’s family, friends, and the Stethem Steelworkers.”

“Our thoughts and prayers are with our lost shipmate, their family, and the officers and crew of USS Stethem,” Rear Adm. Charles Williams, commander of Task Force 70, said in the news release.
“I appreciate greatly the dedication and professionalism shown by all who participated in the search efforts.”

The Navy highlighted PLAN’s assistance in the search effort, noting it was “demonstrating the common bond shared by all mariners to render assistance at sea.” Stethem conducted Freedom of Navigation Operations in the South China Sea last month, sailing within 12 nautical miles of Triton Island in the Paracel Island chain, which is claimed by China, Taiwan and Vietnam.