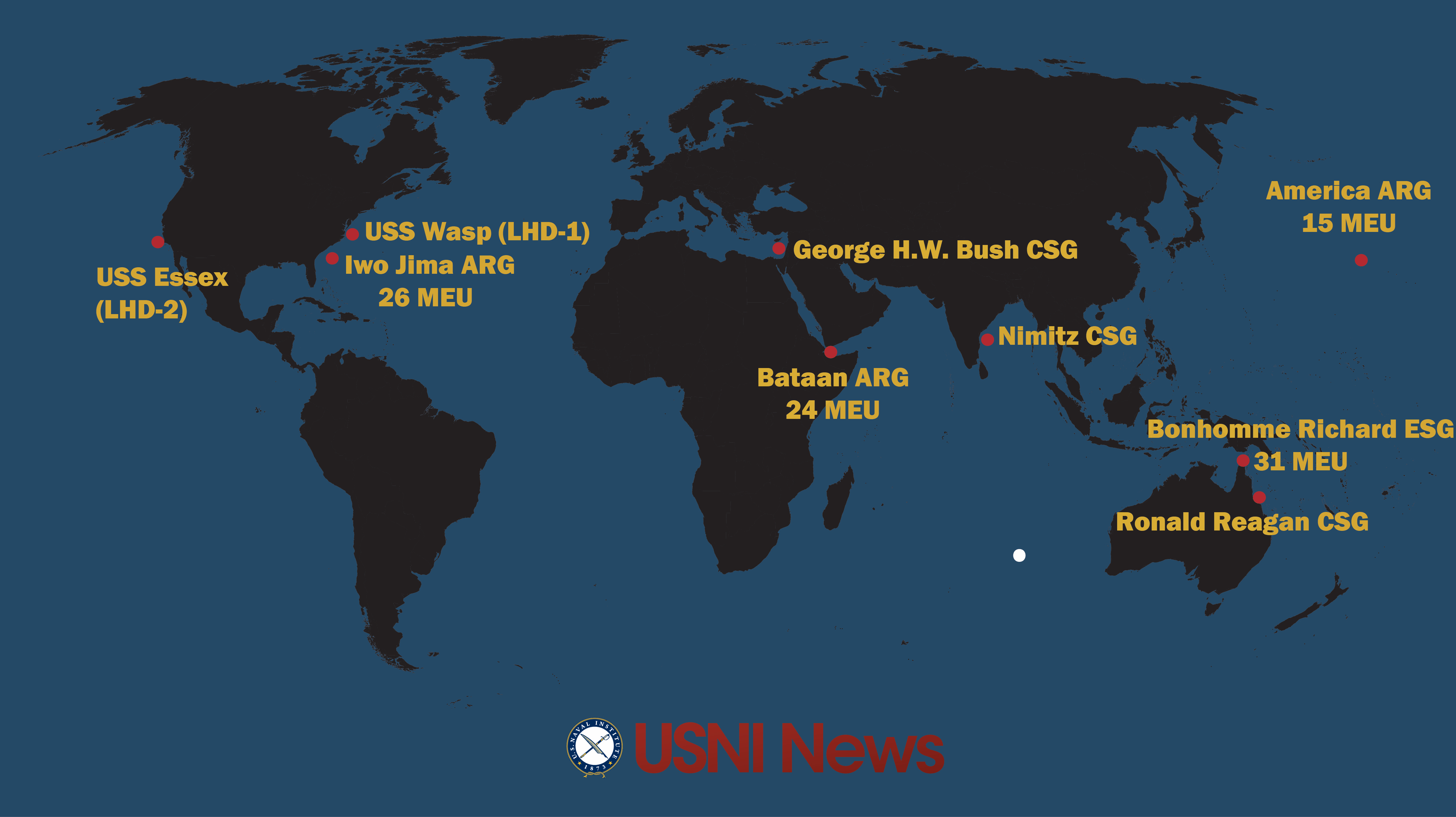 These are the approximate positions of the U.S. Navy’s deployed carrier strike groups and amphibious ready groups throughout the world as of July 17, 2017. In cases where a CSG or ARG is conducting disaggregated operations, the map reflects the location of the capital ship. 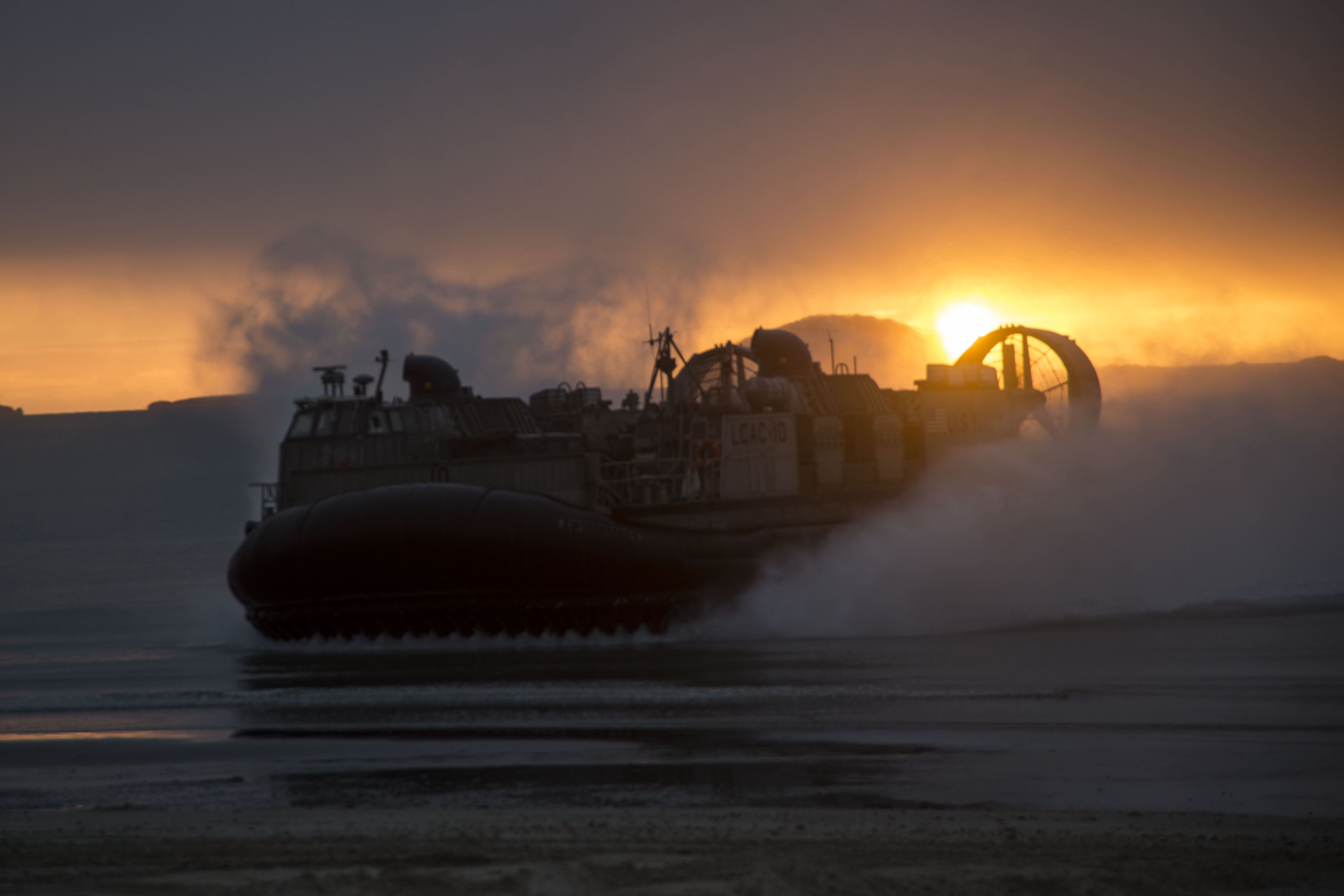 A landing craft air cushion (LCAC) vehicle assigned to Naval Beach Unit (NBU) 7 lands on the beach as part of a large-scale amphibious assault on Townshend Island, Australia during Talisman Saber 2017 on July 13, 2017. US Navy Photo

The biennial exercise with U.S. and Australian forces includes “high-end warfighting scenarios” that “innovatively prepare for regional and global security challenges,” according to a Navy statement.

This year’s exercise includes the largest beach landing by Australian troops since WWII. Conducted since 2005, this exercise is biggest joint exercise by the Australian Defence Force and the United States, which this year includes participants from New Zealand, Japan and Canada. 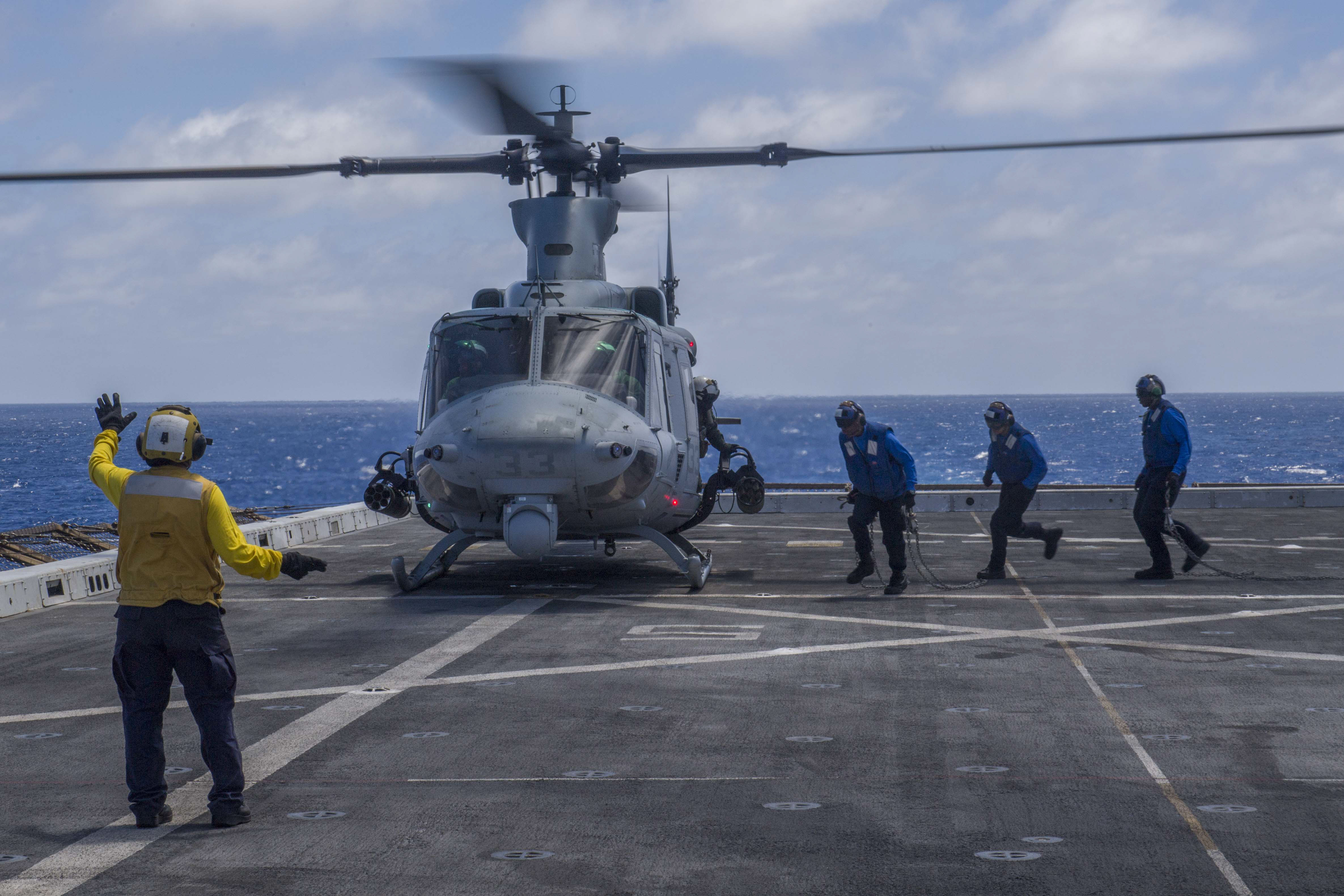 Sailors and Marines from the America Amphibious Ready Group (ARG) and 15th Marine Expeditionary Unit (MEU) continue to steam west. Ultimately they will relieve the Bataan ARG in the 5th Fleet area of operations in U.S. Central Command.

This is a deployment of firsts. The first deployment of this LHA design that has no well deck and a larger hangar deck. The deployment load-out between the three ARG ships – USS America (LHA-6), USS San Diego (LPD-22), and USS Pearl Harbor (LSD-52) – is different from a standard ARG due to the different capabilities of America. 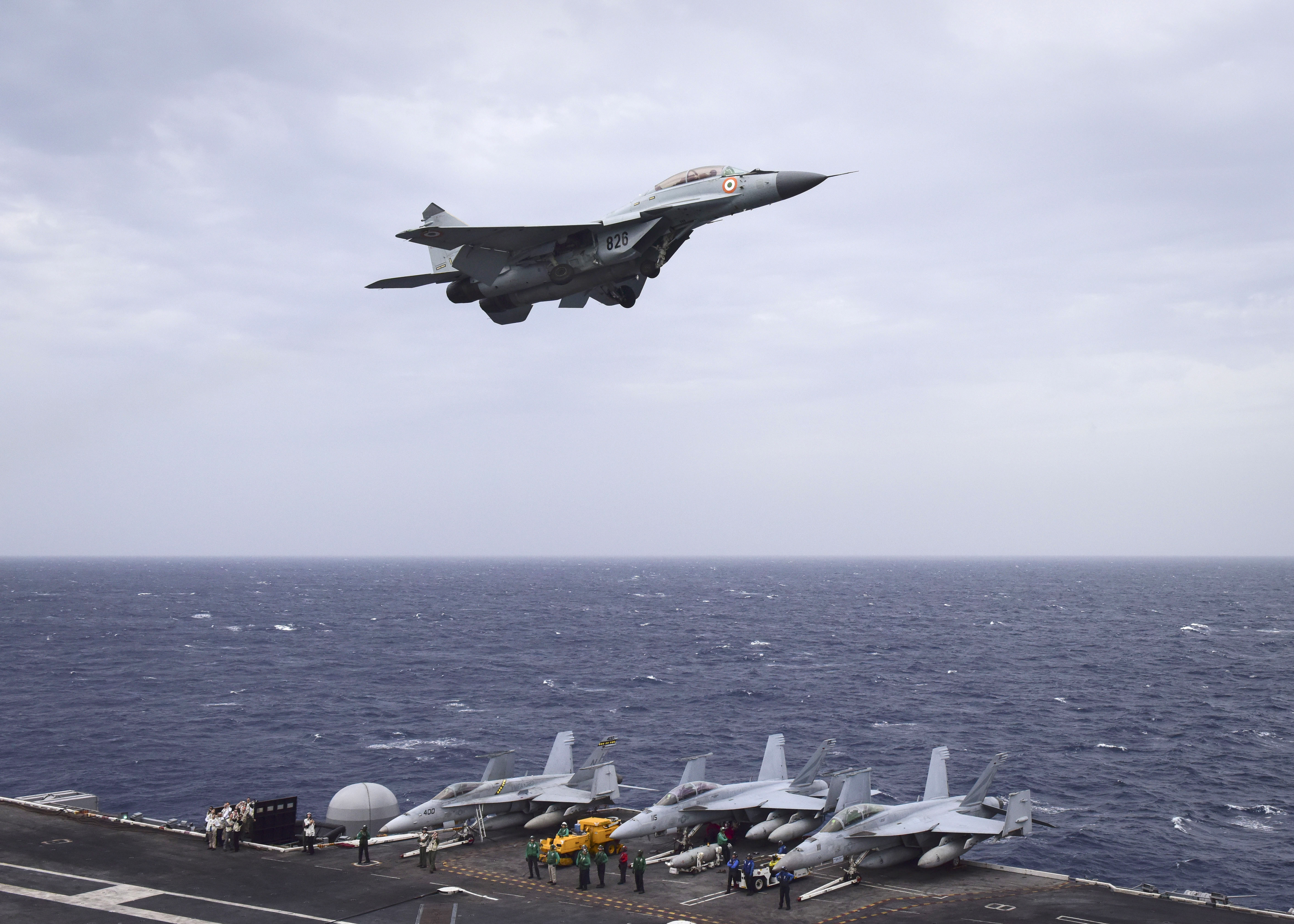 An Indian navy MIG-29K Fulcrum aircraft flies over the aircraft carrier USS Nimitz (CVN-68) in the Bay of Bengal during Exercise Malabar 2017 on July 16. US Navy Photo

The Nimitz Carrier Strike Group is operating in the Bay of Bengal. They are training with Indian Navy and Japanese Navy units in Exercise Malabar 2017. Japan joined the annual exercise starting in 2015. 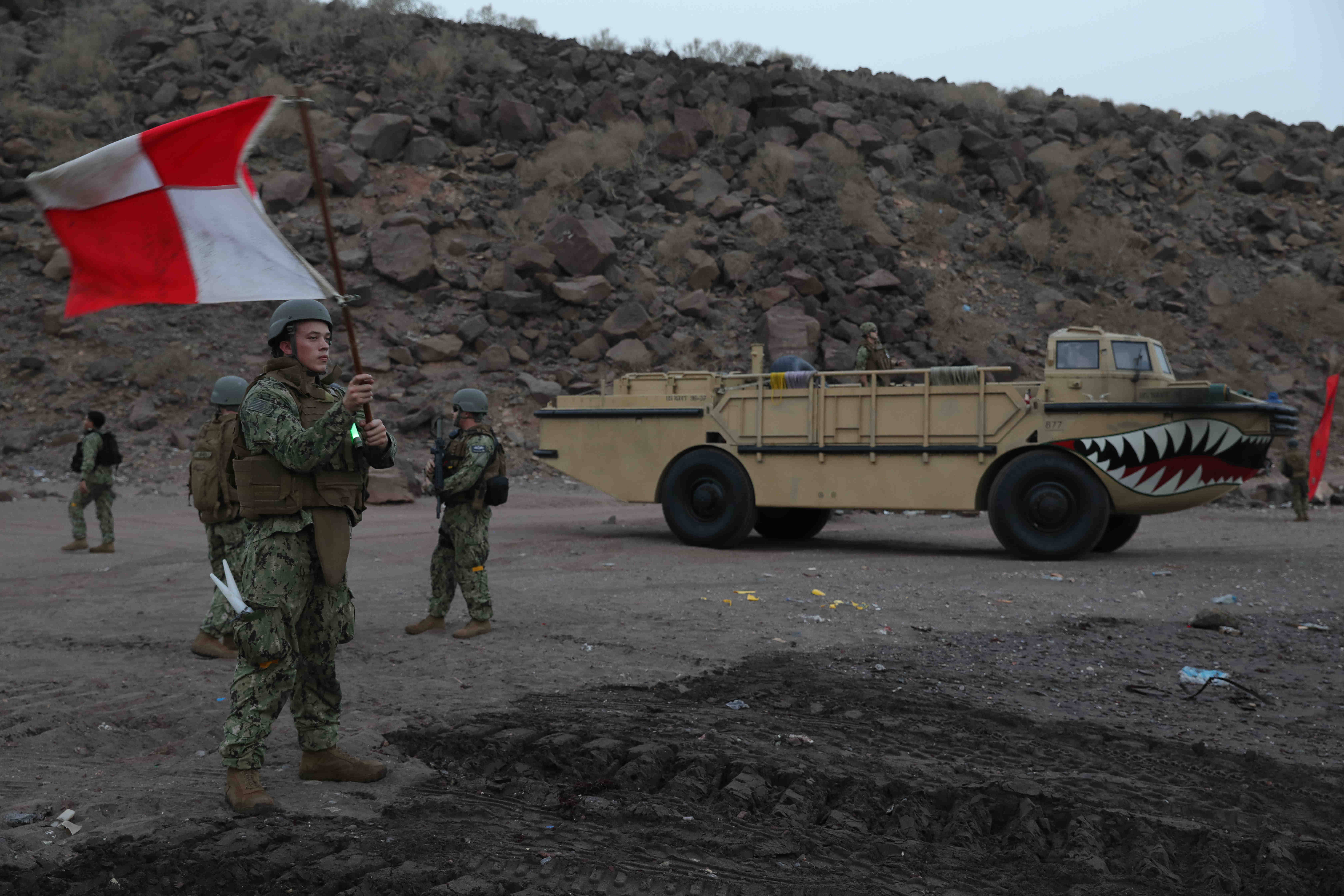 The Bataan Amphibious Ready Group with the 24th Marine Expeditionary Unit is operating off Yemen. The Bataan ARG/24th MEU arrived in theater in March. The America ARG – currently in the Middle Pacific – deployed earlier this month from Naval Base San Diego, Calif., and will ultimately relieve Bataan ARG in the Middle East.

“Approximately 2,400 U.S. Sailors and Marines from USS Bataan (LHD-5) and embarked Marines from the 24th Marine Expeditionary Unit (MEU) conducted sustainment training in the area of Arta Beach, Djibouti, from 7-10 July,” read a statement from the Pentagon.
“The training demonstrated USS Bataan and 24th MEU’s ability to rapidly project ship to shore movements and conduct operations in a variety of harsh environments. Once ashore, Marines demonstrated a variety of skill sets, to include small arms, crew-served weapon systems and mortar live-fire ranges.”

This is typical of the sustainment training routinely done to keep up skills while deployed. 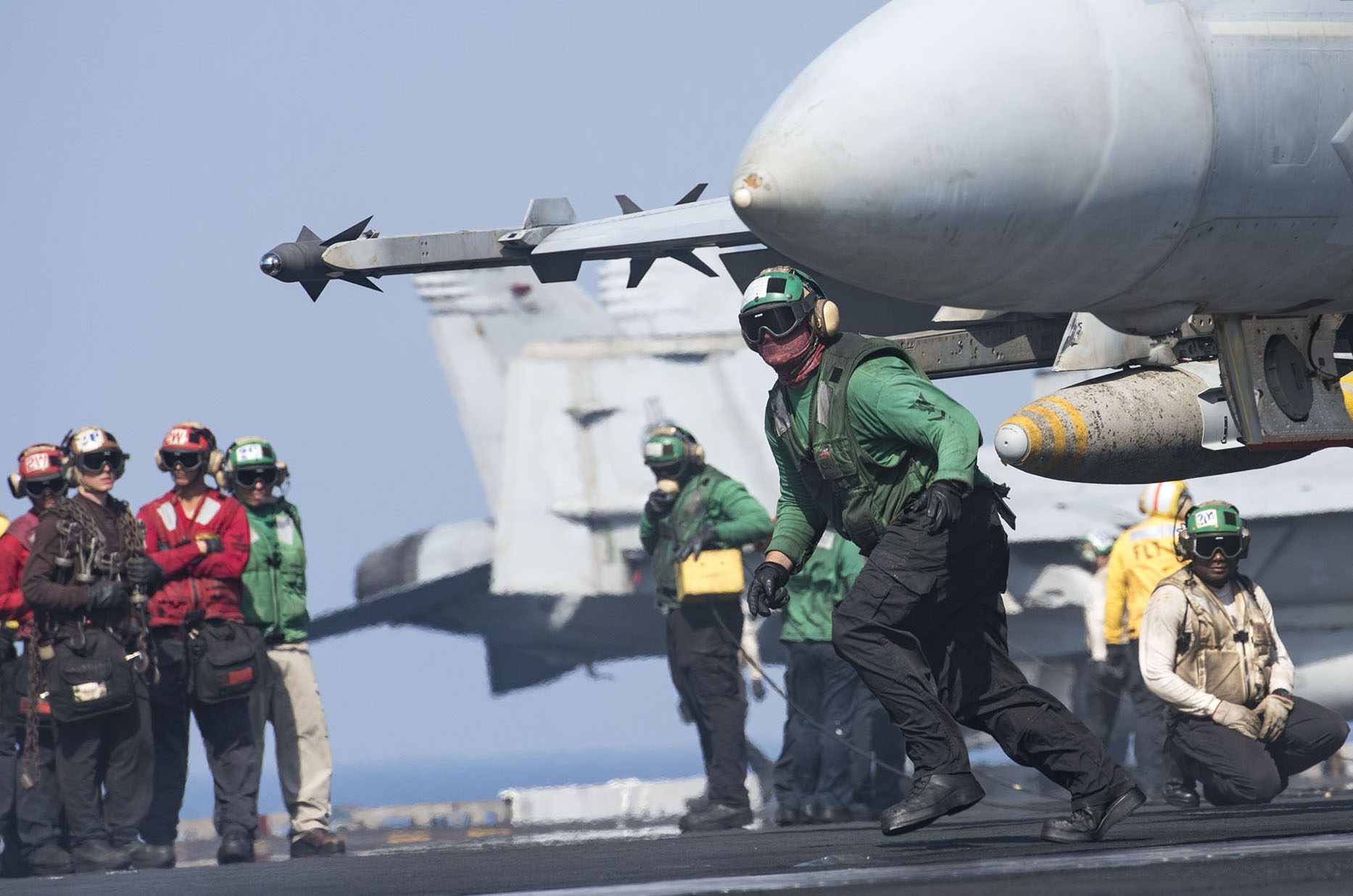 Sailors prepare to launch an F/A-18F Super Hornet attached to the “Blacklions” of Strike Fighter Squadron (VFA) 213 from the aircraft carrier USS George H.W. Bush (CVN-77). The ship and its carrier strike group are conducting naval operations in the U.S. 6th Fleet area of operations in support of U.S. national security interests in Europe and Africa. US Navy Photo

The George H.W. Bush Carrier Strike Group continues to operate in the Eastern Mediterranean. The strike group is providing anti-ISIS air strikes. The Nimitz CSG will relieve Bush following the completion of the Malabar exercise.

In addition to these major formations, not shown are thousands of others sailors and Marines serving aboard submarines, individual surface ships, aircraft squadrons, SEAL teams, Special Purpose Marine Air-Ground Task Forces and other units throughout the globe.