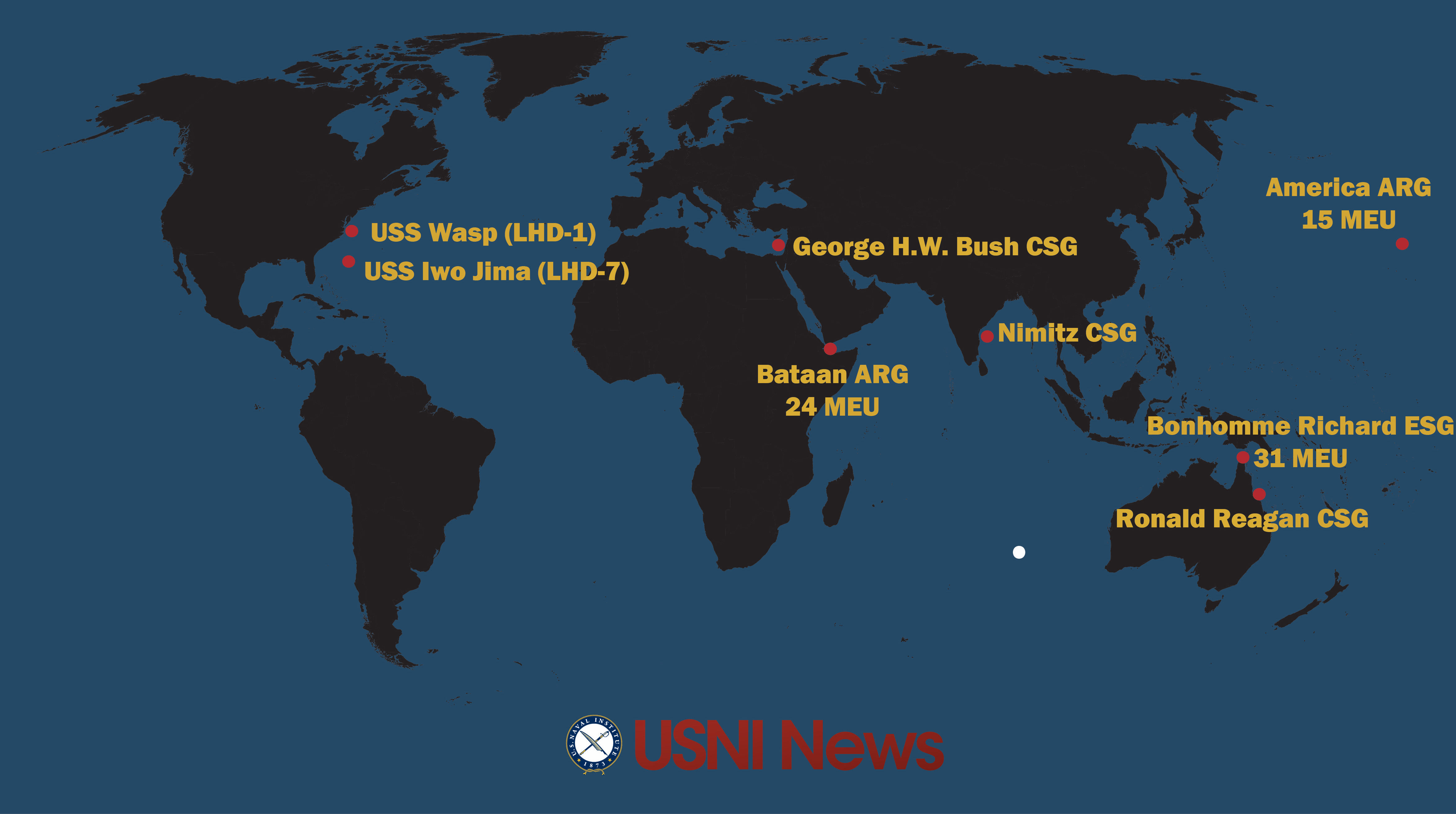 These are the approximate position of the U.S. Navy’s deployed carrier strike groups and amphibious ready groups throughout the world as of July 10, 2017. In cases where a CSG or ARG is conducting disaggregated operations, the map reflects the location of the capital ship. 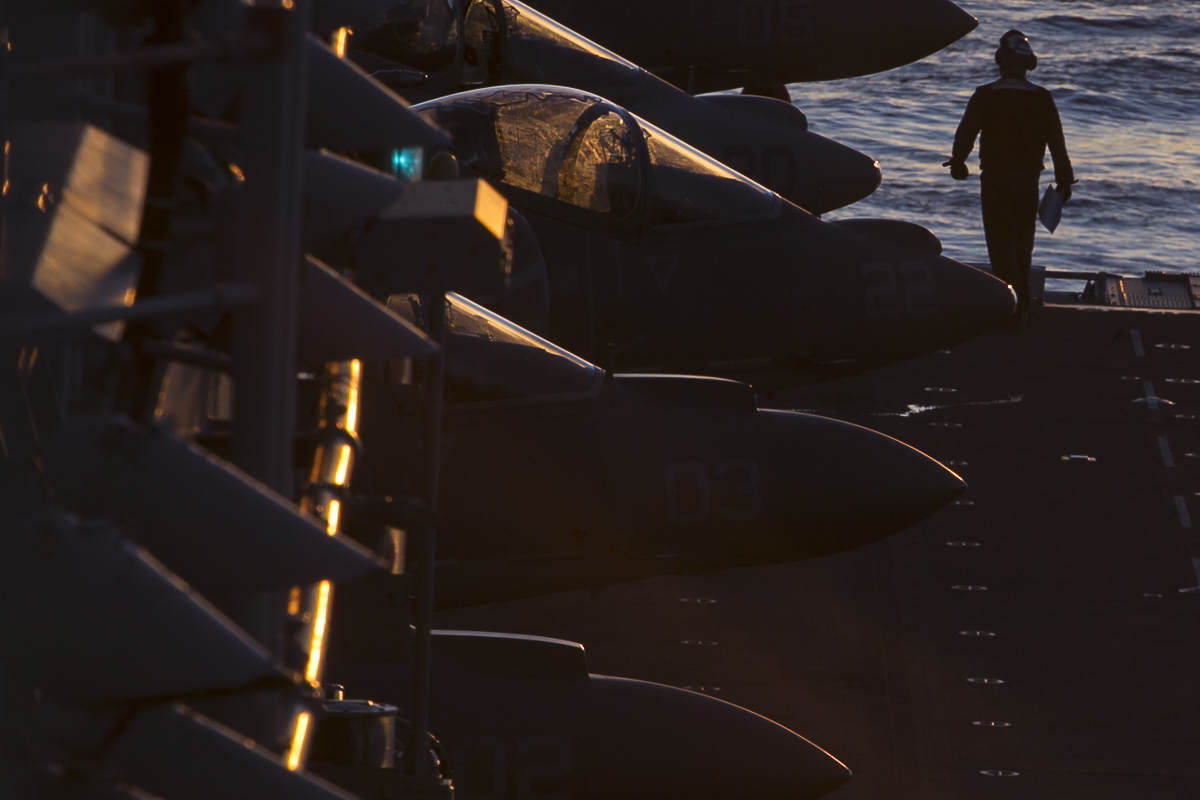 AV-8B Harriers assigned to Marine Attack Squadron (VMA) 311 are chained to the flight deck of the USS Bonhomme Richard (LHD-6) on July 7, 2017. US Navy Photo 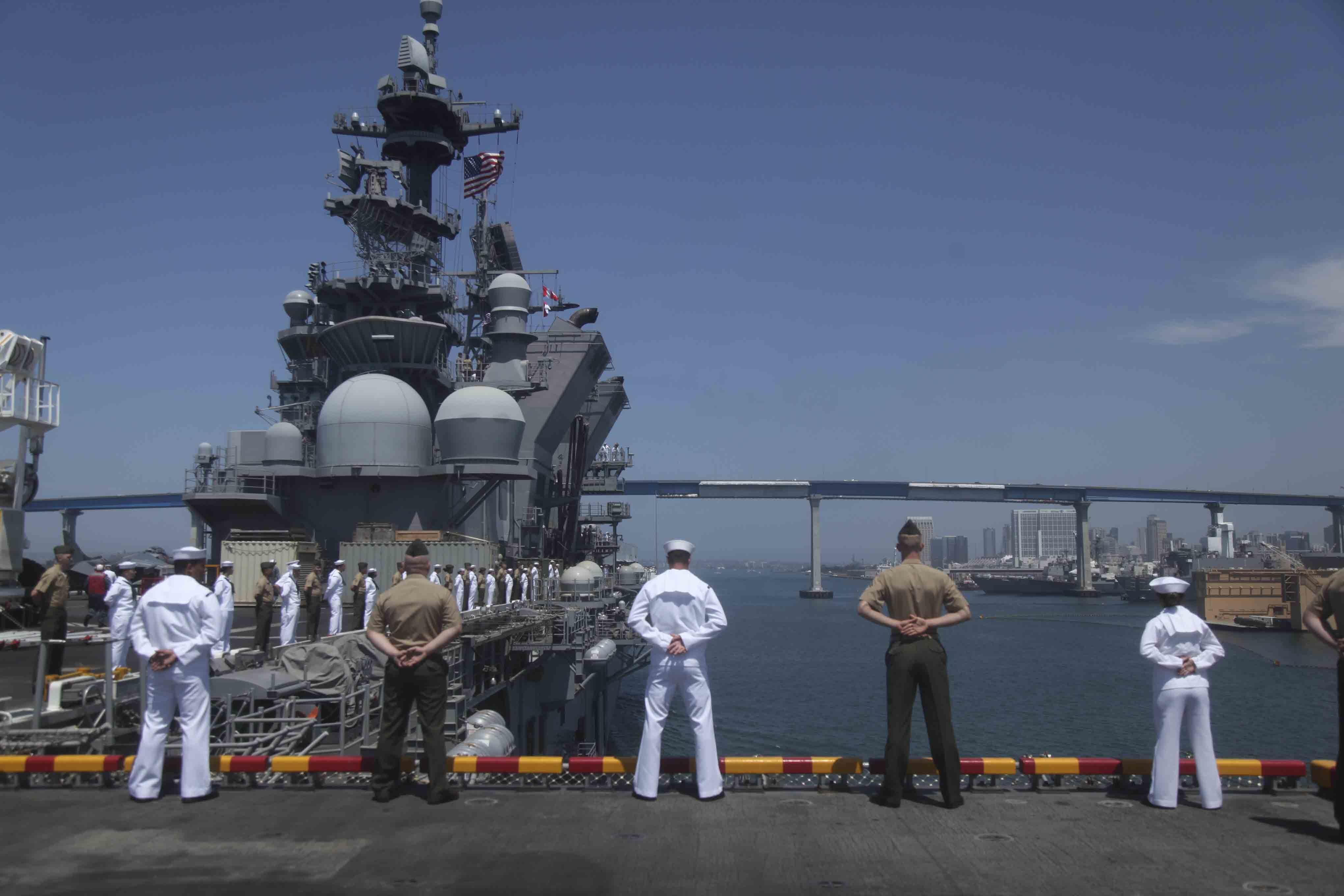 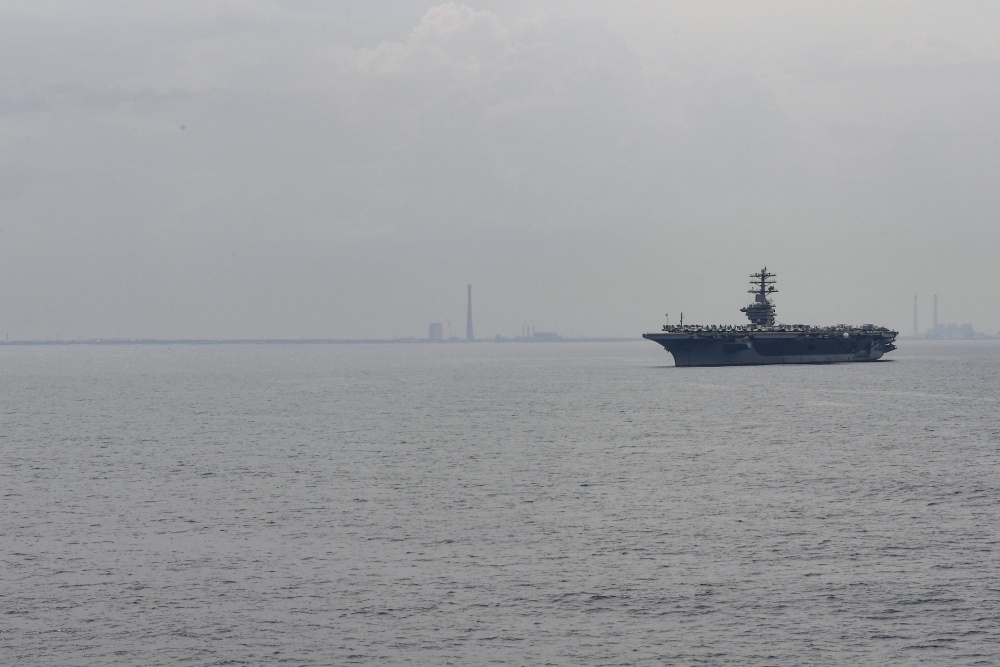 USS Nimitz (CVN-68) arrives in India for the start of the Malabar 2017 Exercise.

The Nimitz Carrier Strike Group is operating in the Bay of Bengal. They are training with Indian Navy and Japanese Navy units in Exercise Malabar 2017. China has ships there keeping a close eye on Malabar, which is being conducted at a time when tensions between India and China are higher than normal. 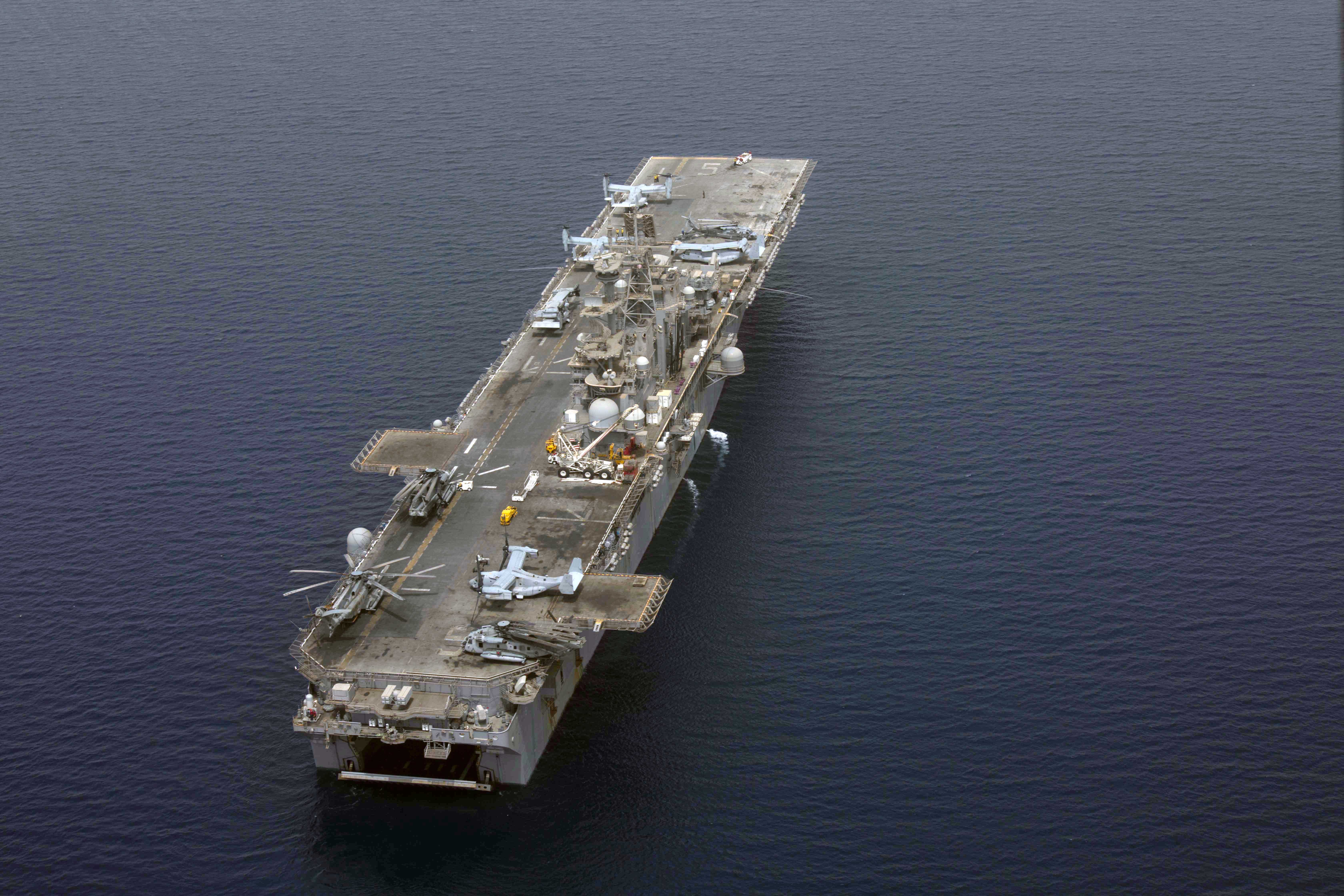 The Bataan Amphibious Ready Group with the 24th Marine Expeditionary Unit embarked is operating off Yemen near the heavily traveled Bab el-Mandeb Strait. The ARG/MEU arrived in theater in March. The America ARG – currently in the Middle Pacific – deployed Friday and will ultimately relieve Bataan ARG in the Middle East. 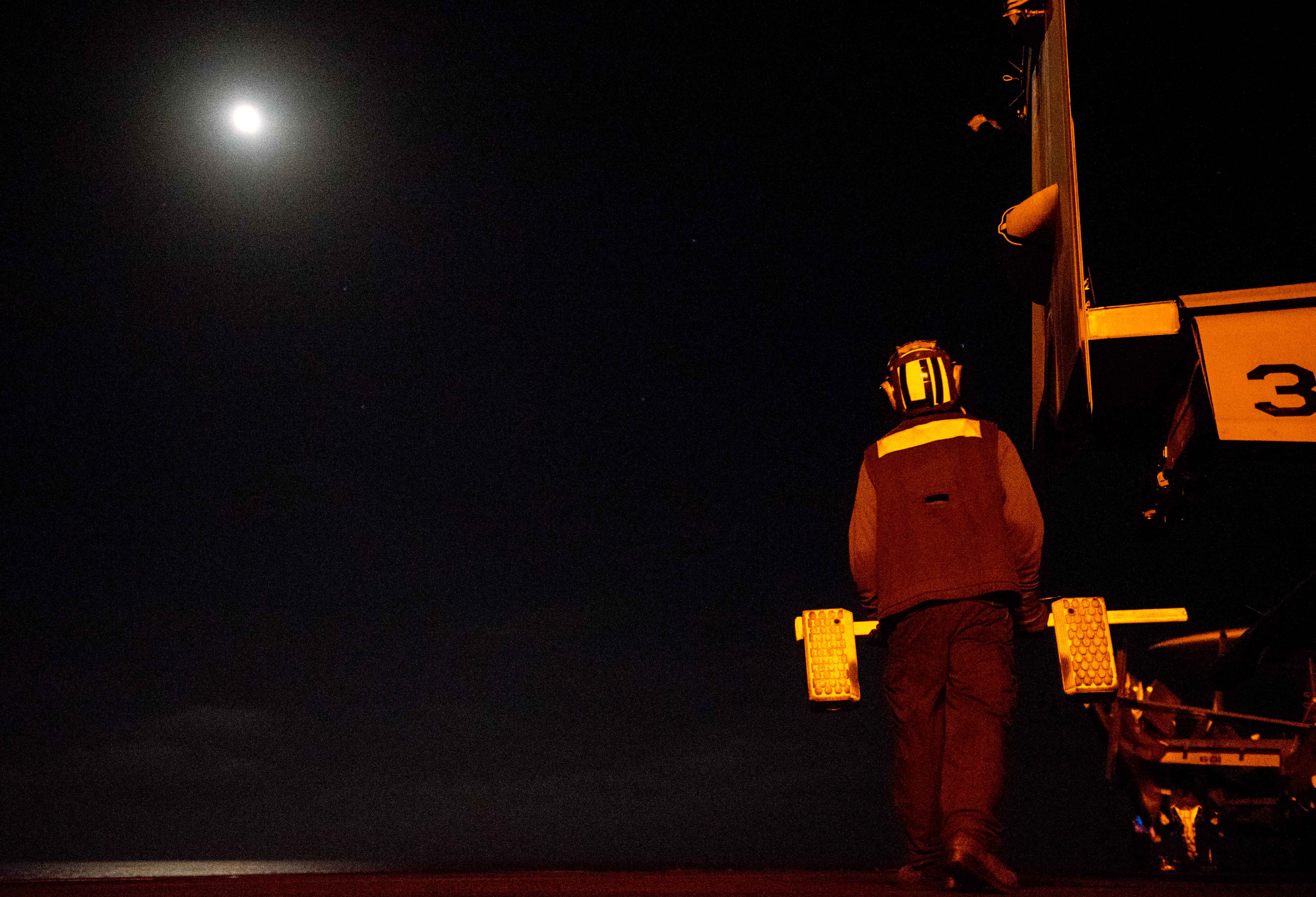