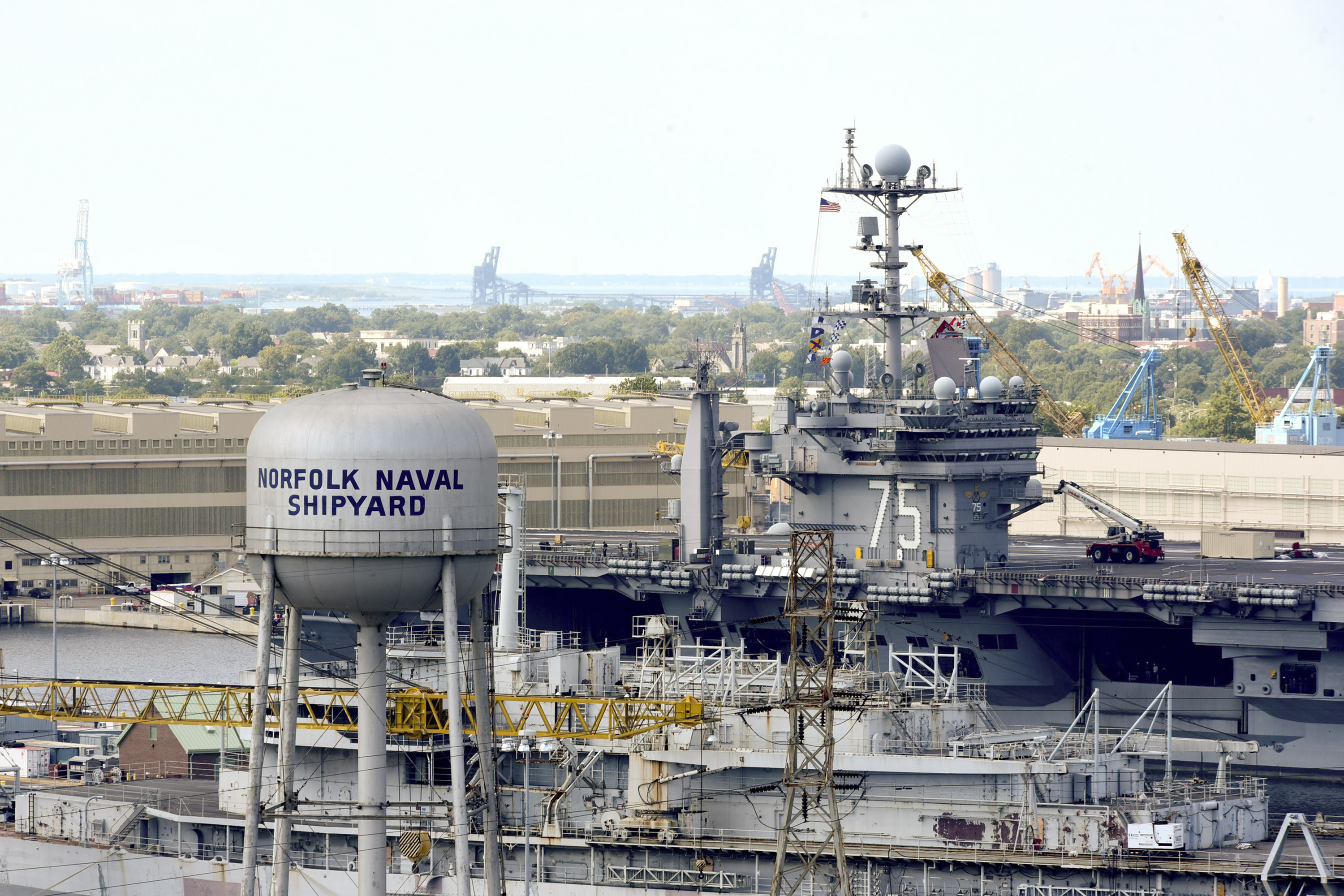 The Navy is planning a multi-billion-dollar shipyard upgrade effort to help its four yards that maintain submarines and aircraft carriers do so more efficiently and accommodate the newest ships coming into the fleet.

These changes are driven by necessity, with the two main factors being workload and new specifications on the Gerald R. Ford-class carriers and the Block V Virginia-class submarines.

In the case of the attack subs, the Navy will soon begin building the boats with a Virginia Payload Module, an extra section in the middle of the submarine that adds additional missile tubes – and makes the submarine too long to fit in current dry docks. In the case of the Ford carriers, the ship’s power grid is not compatible with the pier-side power system at the public yards.

As for the workload, the four yards already face a large backlog of work, and with the fleet set to grow from today’s 275 ships up to 355, the demands on the yards will only grow. The workforce is set to increase, from today’s 33,850 to 36,100, but more employees alone is not enough to fix the problem, Moore said at an event co-hosted by the Center for Strategic and International Studies and the U.S. Naval Institute.

“Once you get that workforce trained and it’s there, I expect you to be able to figure out how to do a 250,000-man-day availability in 230,000 man-days, for example,” Moore said, so the yards can increase their throughput as the fleet grows in size.
“How your shops are set up and how you flow material can go a long way towards making you more productive.”

Moore noted that Ingalls Shipbuilding in Pascagoula, Miss., had to rebuild after the yard was damaged in Hurricane Katrina, and in the rebuilding process the shipyard considered the most efficient layout of buildings and equipment and made use of new and emerging technologies. “They’re knocking it out of the park” now in terms of efficiency, he said, and he hopes the Navy can find the funds to revamp its four yards to create similar efficiencies.

The yards could also be designed with new technologies and processes in mind, so that workers aren’t conducting maintenance the same way it’s always been done simply for the sake of continuity.

“We tend to be a pretty conservative organization on how we use technology, and there’s great opportunity out there, I think, to use technology, including cell phone, et cetera – and there’s security issues – but they allow us to be more productive at the deck plate,” Moore explained. 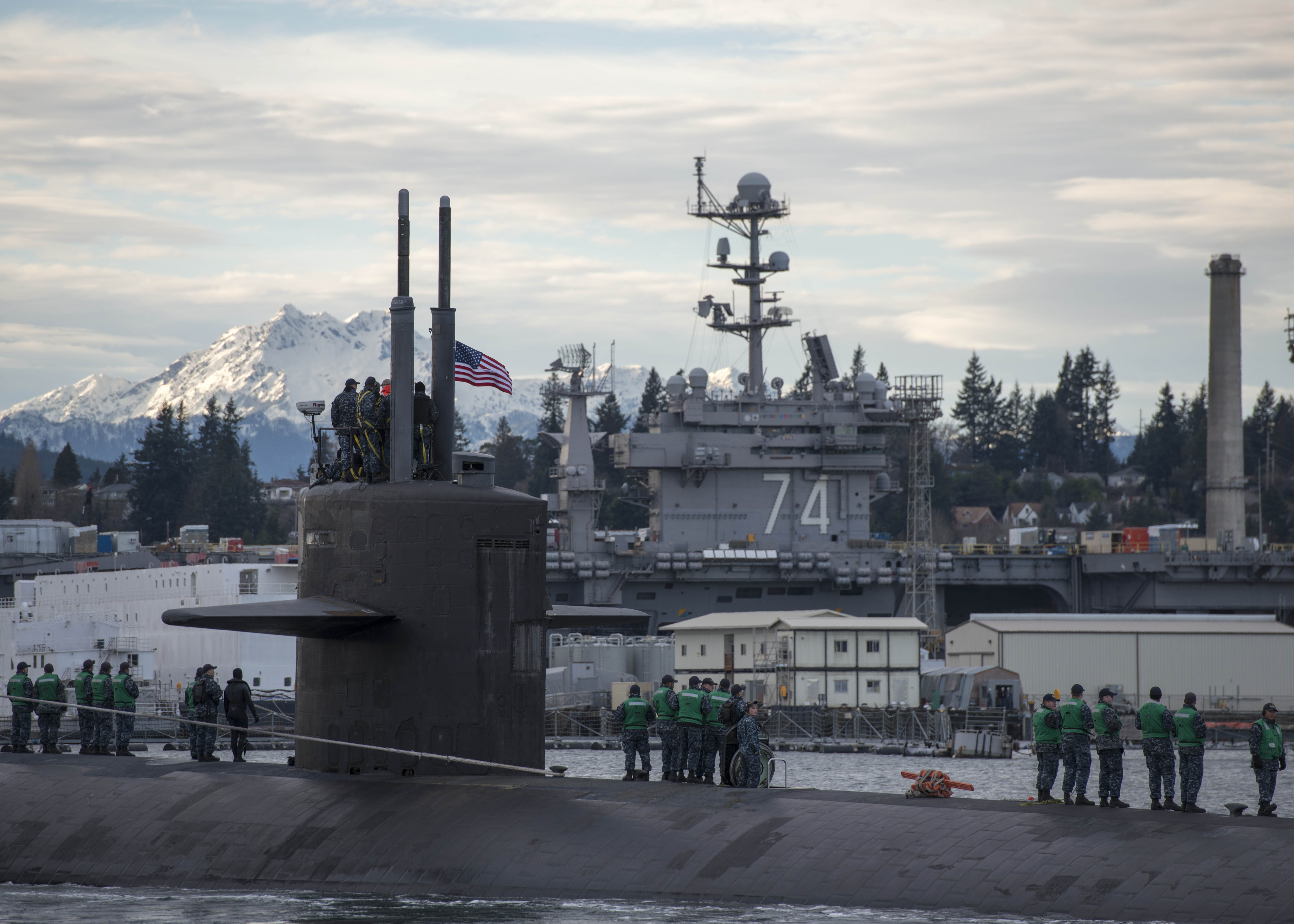 Noting that young incoming employees are tech-savvy and not accustomed to working off paper drawings and documentation, Moore said it may be more intuitive for them – and more efficient – to have an app with their work instructions, a button to order more parts, the ability to take photos and match up what they see with how a job is supposed to look, and so on. Huntington Ingalls Industries’ Newport News Shipbuilding is undergoing a similar effort, prototyping a “smart shipyard” concept that could spread to its Ingalls Shipbuilding yard in Mississippi or even sold to the Navy for use in these public yards.

“There’s a lot of opportunity here for us to get more productive that goes well beyond just adding people,” the NAVSEA commander concluded.

Though an expensive proposition, Moore noted that if maintenance availabilities could be completed with fewer man-hours, the requirement for maintenance funding would drop and that money could be used elsewhere in the Navy budget.

The Navy does face a challenge in upgrading its yards, in that they’ve been largely overlooked during recent years of sequestration and budget caps. Further, Moore said the Navy has typically only spent just above the 6-percent mandatory spending level on its yards, rather than pouring higher sums into improving the yards, and it tends to replace its capital equipment every 20 or 25 years despite the industry standard being every 10 to 15 years. The dry docks average more than 80 years old, and some buildings at the yards are more than 100 years old.

Moore said Portsmouth Naval Shipyard in Maine hired an industrial engineer a few years ago to look at the yard layout and workflow and identify ways to make the yard more efficient. NAVSEA now intends to do the same at its yards in Virginia, Washington and Hawaii to guide its plans.

“We have a long-term investment plan that I’ve shown to the [chief of naval operations] that includes both the dry docks and then the facilities investments necessary to get there. It’s not cheap, you’re talking on the dry dock side of the house probably over the next 30 years an investment on the order of $3 to $4 billion necessary to make the dry docks compatible. Those are kind of must-haves if you want to have Virginia-class submarines with Virginia Payload Modules and Ford-class carriers, you’re going to have to upgrade your dry docks,” Moore said. He added that the plan is currently outlined and should be finalized by February 2018, to begin informing budget decisions.