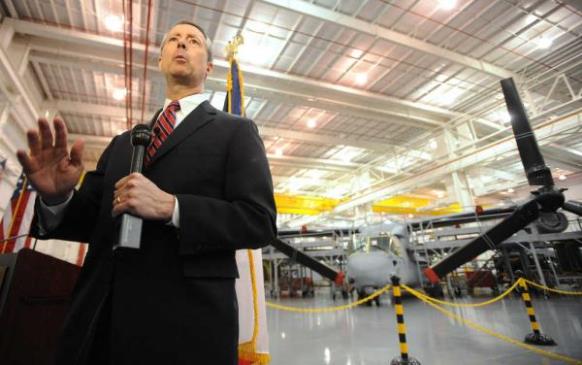 WASHINGTON, D.C. — House Armed Services Chairman Rep. Mac Thornberry (R-Texas) unveiled his latest attempt to modernize the defense acquisition process, focusing this time not on the way the military buys its big, expensive weapons but on helping the Defense Department “run more like a business.”

The draft legislation, released on Thursday, emphasizes better use of technology to speed up and improve decision making, adopting “E-Commerce” to aid use of commercial off-the-shelf products, and sharpening the auditing of contractor charges. It also seeks to reduce the life-cycle cost of weapons by emphasizing reliability and maintainability early in the development process, requiring early decisions on who controls the intellectual property, or technical data, in proposed systems and strengthening the quality of the acquisition work force.

But it does go after one of the chronic causes of weapon systems soaring over budget and falling behind schedule by requiring more developmental testing early in the acquisition of large, complex weapons.

“The big lesson we all learned with the F-35 and the [Gerald R.] Ford carrier was we were inventing it as we built it,” Thornberry told reporters in a committee office.

This will be the third attempt Thornberry has made to modernize and streamline the notoriously cumbersome defense procurement system, usually in close cooperation with Senate Armed Services Chairman Sen. John McCain (R-Ariz.).

Thornberry said one of the reasons he has put such a priority on acquisition reform was to get better value for the taxpayers’ money and “to be more agile in the face of technology that changes so fast and threats that change so fast.”

But the biggest reason, he said, is that “it is wrong for us to send men and women out on missions unless we provide them the very best equipment, the very best training, the very best support that this nation can produce. And if for some reason there is bureaucracy or outdated technology that prevents us from doing that, I think that‘s morally wrong.”
He noted that their previous reform efforts focused mainly on the procurement of the major weapon programs.

“This year, we’re not as much going for the bright shiny objects, like aircraft carriers and fighters,” but “to make the Department run more like a business,” he said.

One of the key efforts was to promote the use of on-line shopping services, such as Amazon, to enable officials to buy commercial products instead of using the complicated and slow General Services Administration process, which usually has extensive detailed requirements and is more expensive, he said.

The items would have to be commercial off-the-shelf such as office electronics and supplies, subject to “a number of safeguards.” It was not clear whether there would be a dollar limit to the buys.

The bill also would promote use of technology to improve the ability for department and outside auditors to ensure that the prices contractors charge are fair and to make better business decisions. 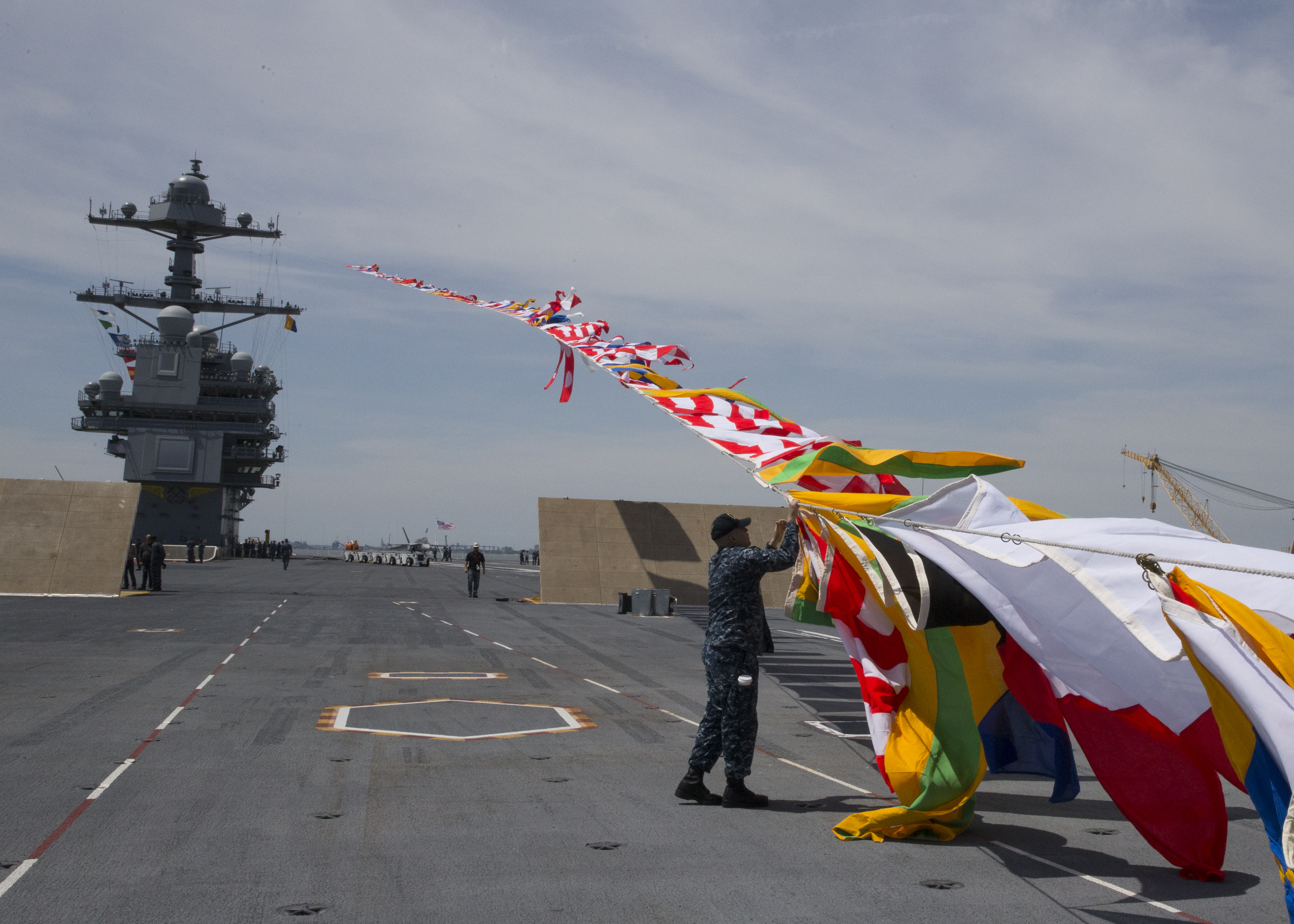 A sailor attaches signal flags to a line on aircraft Gerald R. Ford on April 27, 2017. US Navy Photo

It also would go after the frequently criticized contracting for services, which consume more of the defense budget than buying the big weapon systems, by forcing the department to collect and analyze data to evaluate and plan for contracted services.

Moving to the acquisition of weapons and major equipment, the bill would require greater focus at the beginning of the procurement process on reliability and sustainability, which historically makes up 80 percent of the life-cycle cost of equipment. It also would require program managers to make decisions with the contractors early in the process on what intellectual property the government could own, with the view of allowing the services to either upgrade or repair the equipment themselves or hold a competition for that work.

And it would require much more developmental testing to determine whether a proposed major weapon would meet the requirements and could be produced within the projected time and cost. Although such early testing could result in termination of programs after considerable investment, Thornberry said it could prevent moving a complex weapon system into production before the technology was proven, which can result in major changes to equipment already under construction.

Production before adequate testing was a major reason the fifth-generation Lockheed Martin F-35 Joint Strike Fighter and the Ford, the first in a new class of radically different carriers, both ran years behind schedule and far over the predicted cost.

Unlike his previous reform efforts, Thornberry did not ask ranking member Rep. Adam Smith (D-Wash.) to cosponsor this bill. But he said he was introducing the measure a month before the committee would seek to approve it, to allow members and others to review it and make suggestions.

In a release, Smith said, “while I support some of the proposals it puts forward, I have concerns about others. I look forward to continuing to work with him on these important issues.”