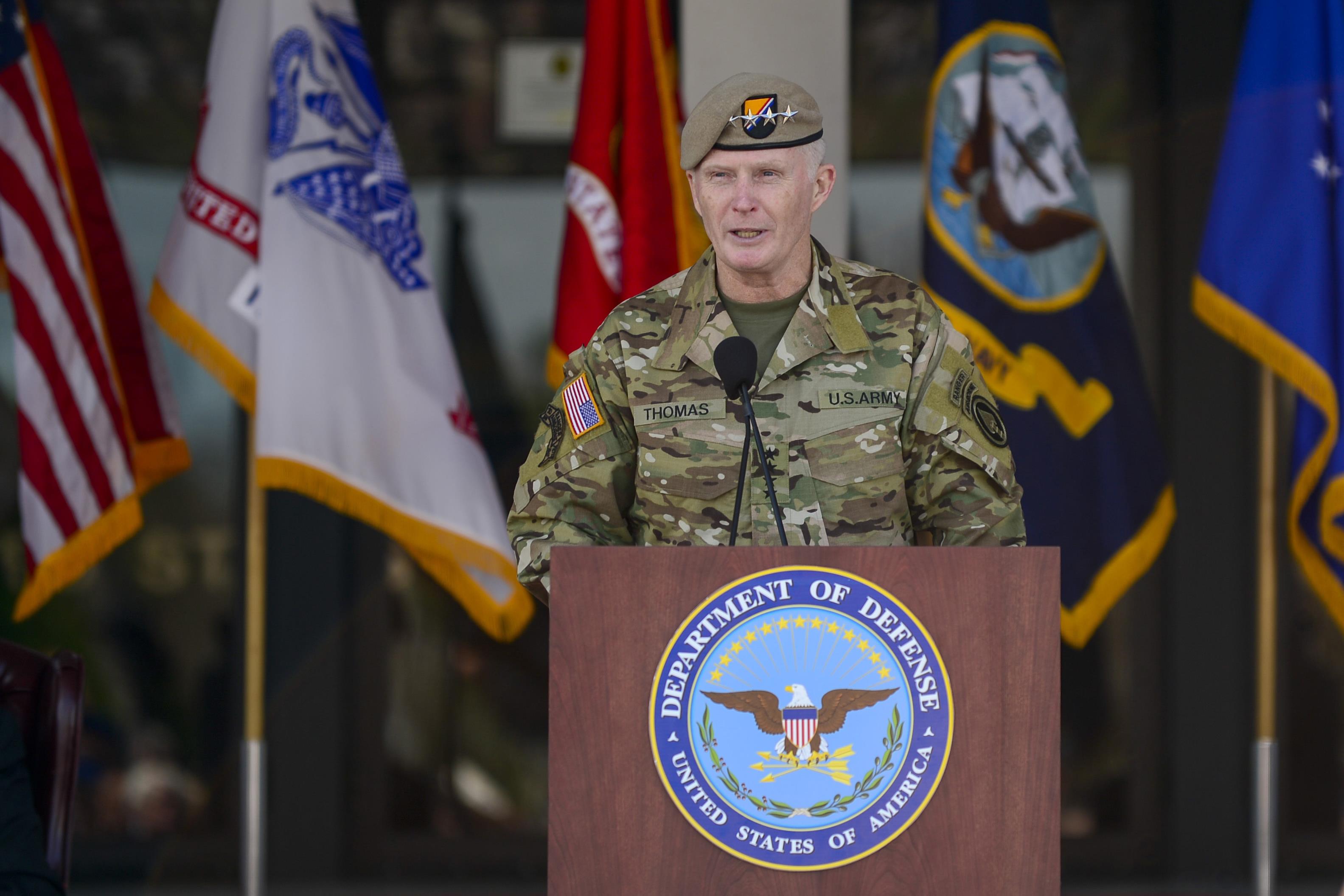 Some special operations units have found themselves in an “unsustainable” deployment tempo, with warfighters deployed for six months, home for six months and then heading back out the door again, the head of U.S. Special Operations Command told the Senate Armed Services Committee today.

Due to the high operating tempo, “we’re having some challenges for recruiting” as the Army downsizes its active force, SOCOM commander Army Gen. Raymond Thomas told lawmakers. The command is capped at 69,000 members, with members from all services but drawing the most warfighters from the Army.

Overall, “we can sustain the rate of deployment,” but “there are challenges on the force,” Thomas said.

Those challenges include surging to respond to a crisis, the general said.

“We don’t have the forces to do that,” he said when asked about surging special operations forces in a region. He later added “we don’t go it alone” and instead rely on conventional forces – such as Marine artillery in Afghanistan – and allies and partners to meet mission objectives.

As President Donald Trump awaits next week’s recommendations on how to proceed in Afghanistan, Thomas said SOCOM’s force levels in that country were adequate. Asked about an increase in SOCOM forces in Africa, he said it was the movement of the Islamic State into more areas of the continent. “We’ve endeavored to move” wherever they have gone, he said.

While discussing various locations where SOCOM operates, lawmakers asked about Yemen, the location of a Jan. 28 raid that led to the deaths of about two dozen civilians and Navy SEAL Senior Chief Petty Officer William “Ryan” Owens.

Theresa Whelan, acting assistant secretary of defense for special operations/low-intensity conflict, said there had “absolutely not” been a change in the rules of engagement following that raid. Thomas added that, when looking for al Qaeda fighters, the United States adheres to the law of armed conflict.

Also during the hearing, Thomas discussed the SOCOM budget. Unlike the other parts of the Department of Defense, SOCOM gets about 30 percent of its budget from the Overseas Contingency Operations spending account, compared to about 7 percent for the rest of the Pentagon. Thomas said he would like to see that number drop as spending is shifted into the base budget over time.

Since the Budget Control Act went into effect, some spending that would traditionally be covered by the base budget has been shifted into the OCO budget to get around spending caps, but Thomas said that added to a general uncertainty around the SOCOM budget.

“Resourcing has not been predictable” due to spending caps and the use of continuing resolutions rather than passing a budget. The CRs restrict how money can be spent and keep the government at the previous year’s level until a budget is signed into law.

When the money Congress provides is insufficient for whatever reasons, Thomas noted “too often the first bill-payer” is the military-to-military training and partnership-building that SOCOM relies on. There is value in that kind of contact and training because other militaries then “can understand the right way to conduct … operations,” the general said.

On technological advances, Thomas said the command is experimenting with high-energy weapons and looking at robotics “to mitigate risk to the first man” in.