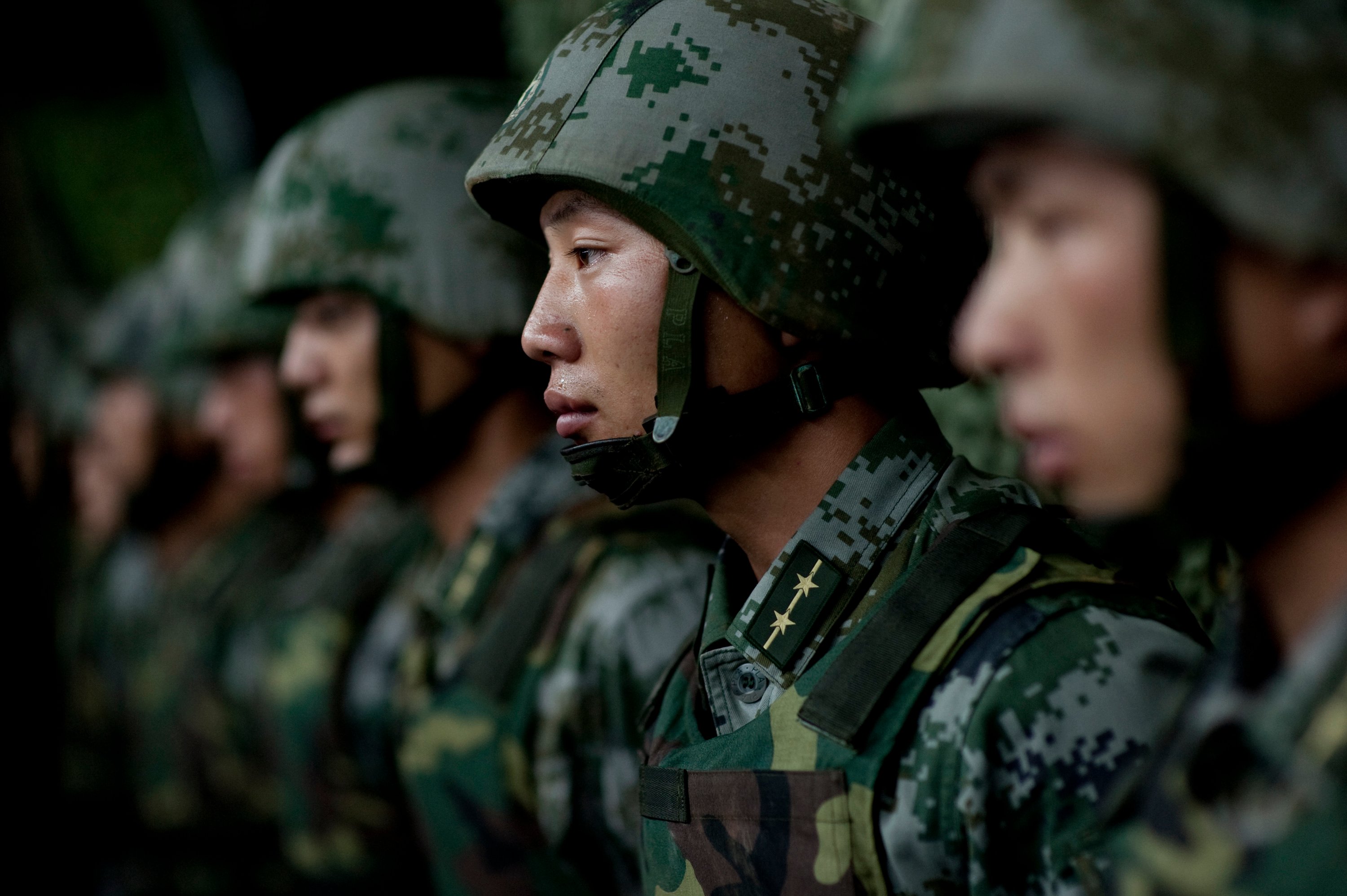 While four national security experts were cautiously optimistic about the future of Chinese-American relations, the core problem between the two powers is Beijing’s continuing military expansion is threatening the United States’ ability to operate in the Pacific.

Speaking Wednesday at the Brookings Institution on the day China launched its first domestically built aircraft carrier, James Steinberg, a former deputy secretary of state, said “it would be extraordinarily surprising if everything was hunky-dory” between China and the United States.

The co-author of a new Brookings monograph, said both countries need to understand they “are not full going to get your own way” on every issue.

Michael O’Hanlon, the other co-author from Brookings, said reasons for being somewhat hopeful is China’s willingness to participate in peacekeeping operations, including “being increasingly helpful in Afghanistan.” He also cited Beijing’s imposing sanctions on Iran to bring it to the negotiating table over its nuclear program while at the same time not racing to become a nuclear superpower.

On the United States side, he said the dropping of the phrase Air Sea Battle signaled the Chinese that Washington didn’t consider them in the same light as it had the Soviet Union. He also cited the resoluteness of the United States in pursuing freedom of navigation operations and upping its own defense spending to modernize its forces.

But “you’ve got to have continuity” in dealing with China and also with allies, such as Japan and South Korea, Michael Green, of the Center for Strategic and International Studies, said. It’s not clear to Tokyo or Seoul what the Donald Trump administration’s policy is in the Pacific, he said. The United States needs to get back to consistent reassurance to allies and partners as well as potential adversaries.

Looking at the region solely from a security perspective, “our military presence in the Pacific has a purpose — deterrence.”

That is too narrow a focus, Kurt Campbell, a former assistant secretary of state, said, if the United States is to remain relevant. “There are a lot of things going on in Asia, trade and economic, [that] does not involve us,” but does China with its initiatives such as opening an international investment bank and expanding its “New Silk Road” trading venture.

He said the “waywardness” of broad Washington’s policy in the Pacific fuels “the recurring debate of American decline” among allies and partners.

Yet both the United States and Chinese “assume we’re going to work it out” rather than act militarily in disputes. Campbell added that does not mean Beijing won’t act to get its way. It has not hesitated to take punitive economic actions in disputes with other nations in the Pacific, most noticeably against Japan, South Korea, the Philippines and Taiwan.

Green said, “There’s been a tone change” from China in discussing the Trump administration since the meeting between the two presidents. It is showing “very little desire to confront the United States” on a broad array of issues.

Campbell said, “the question is: Is this their long-term trajectory?” to avoid confrontation with Washington. He added it was necessary “to build habits of cooperation — economic development” and climate change to keep relations stable.