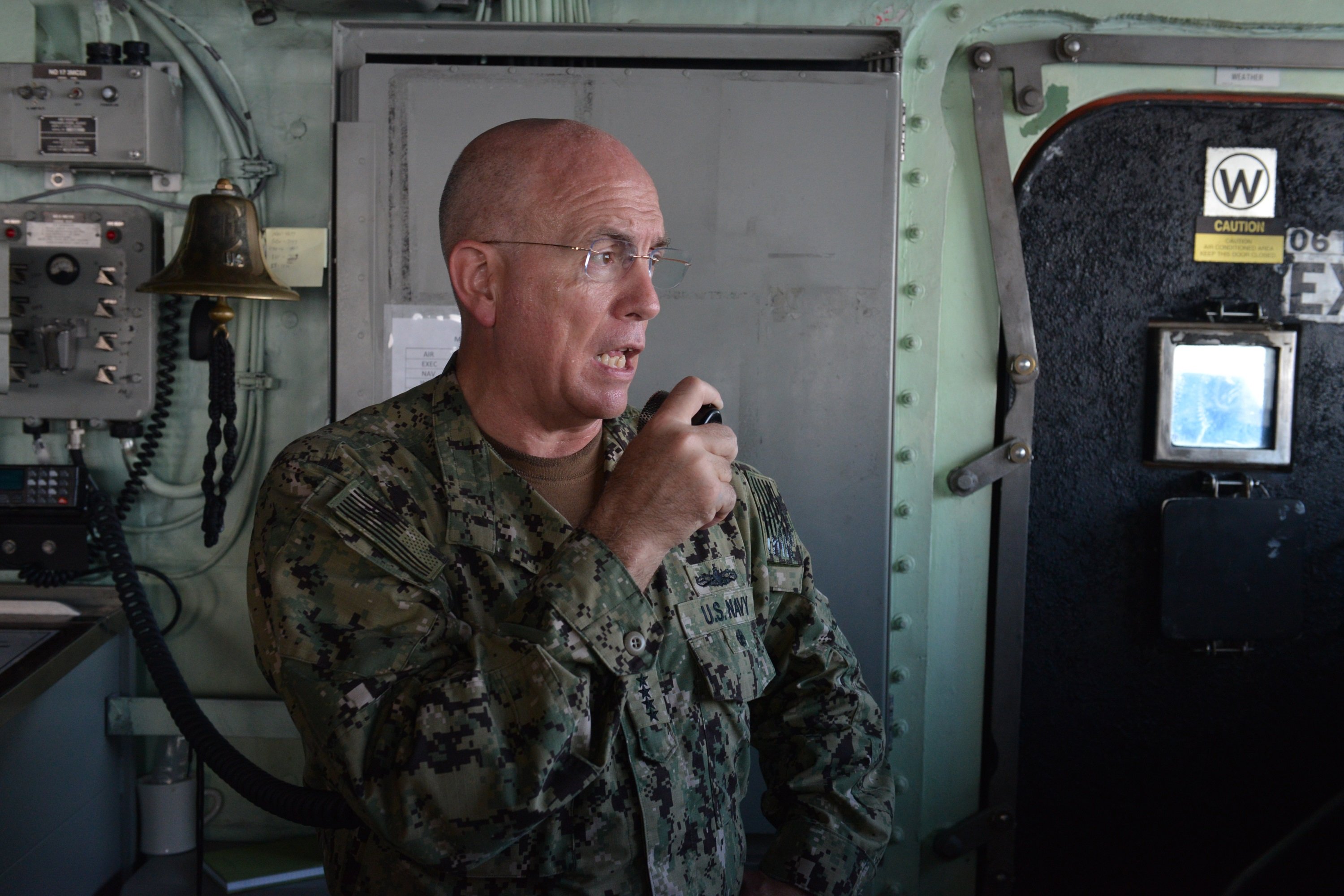 While it has been primarily directed in economic development, Adm. Kurt Tidd said in a recent Senate Armed Services Committee hearing he sees it also as a way to gain for those three nations to gain influence.

But more concerning is the Russians sale of 3,000 surface-to-air weapons and 50 tanks to Nicaragua and are in discussions with them over fighter aircraft sales. It also plans to carry out joint exercises with the Nicaraguan military, he said.

Another example, China and Russia offer a program similar to the United States’ International Military Education and Training. Moscow has opened a facility in Nicaragua to bring the training directly there.

Former Sandinista leader Daniel Ortega, who was strongly supported by the Soviet Union, is again president of Nicaragua.

At the same time, Russia is carrying on a very aggressive misinformation campaign in Central and South America, saying the United States is withdrawing from the region, Tidd said.

At the same time, the Kremlin is propping up the embattled regime of Nicolas Maduro in Venezuela, a country on the verge of economic collapse. Two years ago, Moscow and Caracas agreed on $15 billion oil and gas deal and the sale of fighter aircraft to the regime.

Maduro, who succeeded Hugo Chavez as president following his death, has consistently taken Russia’s side in disputes involving the separatists in eastern Ukraine and its seizure of Crimea.

At the Senate hearing, Tidd said only about 25 percent of the drugs that law enforcement agencies and Southern Command have identified as bound for the United States are intercepted.

The key reason why so much gets through is a lack of ships and aircraft to stop the trafficking. Tidd said he has “about six ships on a given day” to stop the flow of narcotics, primarily cocaine from Colombia. The stated requirement from several years ago is for 23 surface combatants. “The volume continues to go up” as the demand in the United States continues to rise.

“We are very concerned” about the shortage of ship and aircraft to interdict a cocaine flow of an estimated 450 tons into the United States annually.

Tidd said he would welcome a Littoral Combat Ship working in his command, but “my Navy” continues to be the Coast Guard. “We couldn’t do our job without the Coast Guard.” He singled out the National Security Cutters for special mention in tracking and seizing vessels carrying narcotics.

But he told the committee he realized “Southern Command typically comes in at the bottom of the barrel of resource allocation” among combatant commands.

For counter-narcotics and counter-terrorism in Central and South America, “the focus is on the networks” and “to apply pressure across [their] length and breadth.” It also means working with governments in the region and other U.S. agencies and departments.

In answer to a question, Tidd said Southern Command “would be an ideal region” to test advanced unmanned aerial systems “and provide that feedback to the services” from an operational environment in disrupting the networks.

This a shift away from concentrating on commodity in the counter-narcotics effort of the United States and other nations in the Western Hemisphere.

“These are adaptive threat networks,” and terrorist organizations, such as the Islamic State, could “exploit these pathways into the United States.” The Islamic State has had some success in recruiting foreign fighters from Trinidad and Tobago, but of more concern to Tidd and nations in the command was the radicalization taking place among people who do not leave but intend to carry out terrorist attacks in their home country or against the United States.

Air Force Gen. Lori Robinson, top officer of Northern Command, said she has gone with Mexican military and law enforcement officials to its southern border to see for herself what steps they are taking to stop the flow of narcotics and people fleeing drug cartel in Central America.

Mexican officials “willingness to work with us is very great,” she added.

“Insecurity is a push factor,” causing families to send their children northward, and the numbers are starting to rise again, Tidd added.