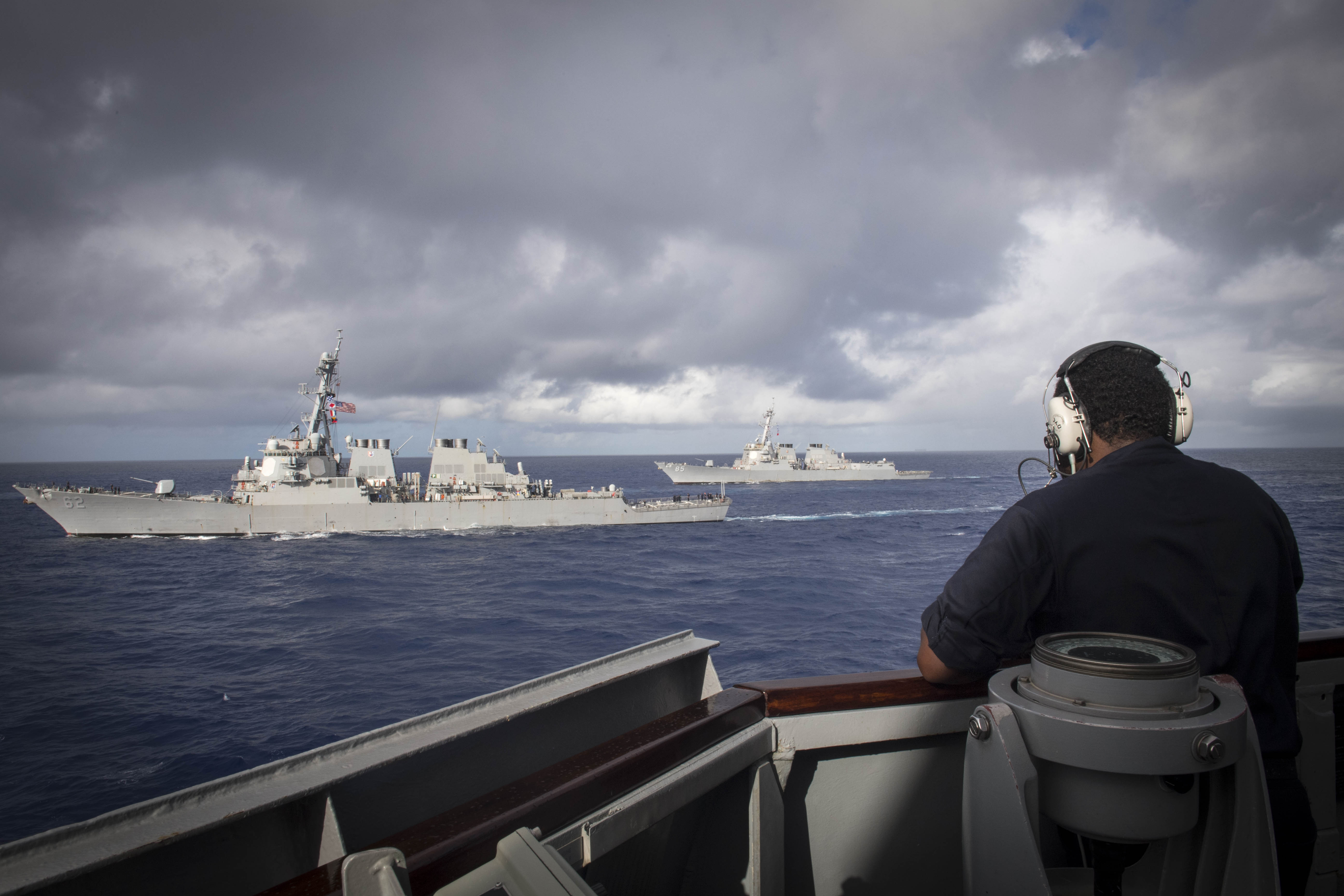 The U.S. Navy and Japan Maritime Self-Defense Force (JMSDF) fleets took their interoperability to a new level this month, conducting two parts swaps to show their ability to logistically support one another.

On March 11, officers from Arleigh Burke-class destroyer USS Stethem (DDG-63) and Murasame-class destroyer JDS Ikazuchi (DD-107) exchanged maintenance parts while in Guam for MultiSail 17, a bilateral exercise between the U.S. and Japan, according to a Navy news release. The two ships conducted the first-ever U.S.-Japan exchange of goods under the Acquisition and Cross-Servicing Agreements (ACSA) process earlier this month.

Under ACSA, the United States can exchange common goods such as provisions, fuel, transportation, ammunition and equipment with a foreign nation, according to the news release. The exchanges are “intended to provide acquisition options for logistics in support of exercises or contingencies.”

Stethem supply officer Lt. Nicolas Segovia, who conducted the transfer aboard Ikazuchi with his JMSDF counterpart, Lt. Takaaki Maeda, said “the ACSA part transfer was a perfect opportunity to further expand our relationship with the JMSDF.” 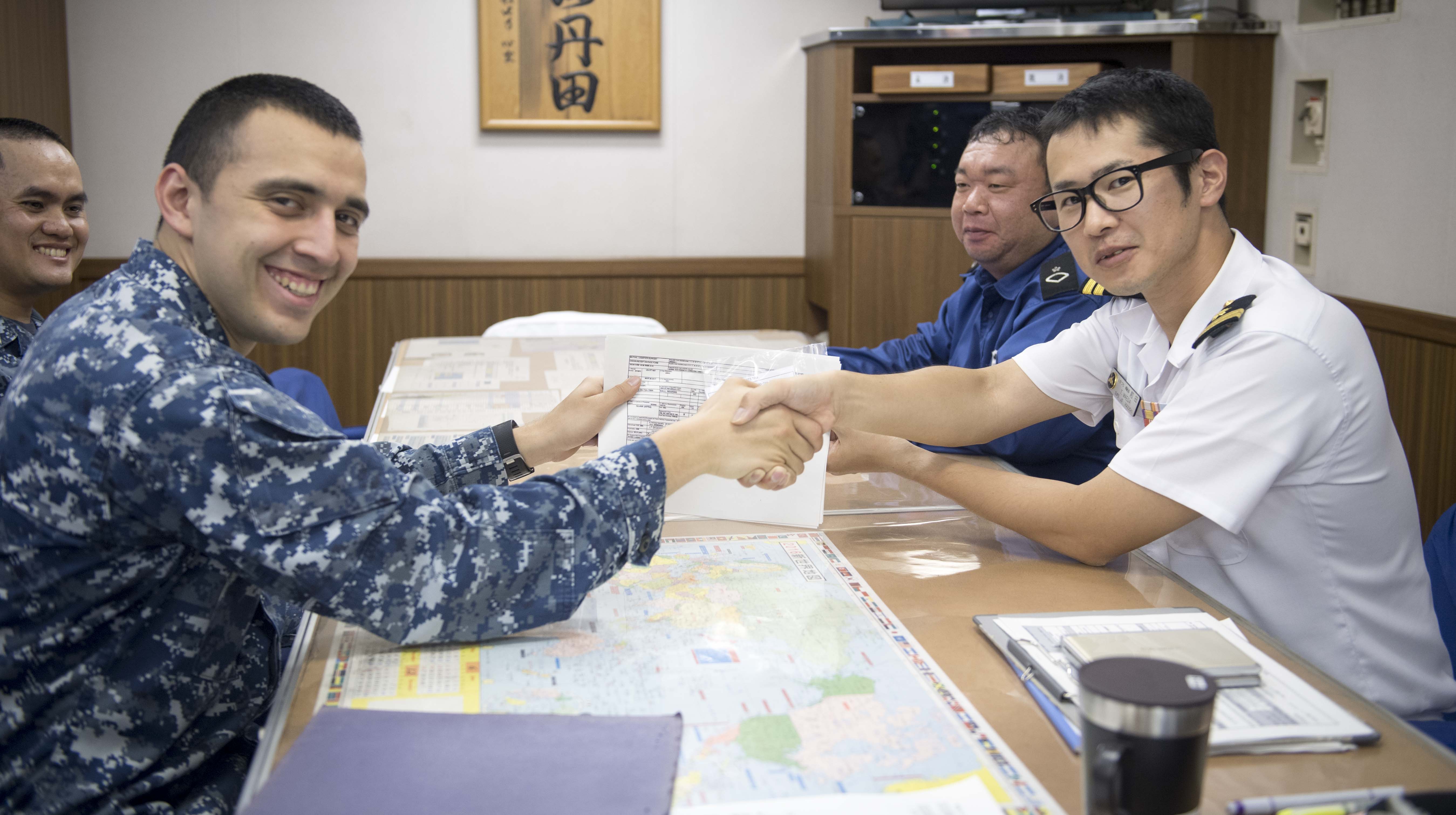 “In real-life scenarios, ACSA transfers give both of us the flexibility to execute the mission,” he said in the news release.
“It took the coordination of different people from multiple organizations all working in concert to pull this off. Our next step is to provide greater support, whether that is multiple items, repairables, or even food subsistence items.”

According to a Pentagon website, these transfers generally take place during “wartime, combined exercises, training, deployments, contingency operations, humanitarian or foreign disaster relief operations, certain peace operations under the [United Nations] Charter, or for unforeseen or exigent circumstances,” and, as a result, are usually executed by the regional combatant commands.

Conducting the transfer at a ship level instead of at the COCOM level – in this case, U.S. Pacific Command – could prove important, particularly between two ships that operate out of Yokosuka, Japan, as the two fleets constantly seek better interoperability. The MultiSail exercise taking place in Guam was designed for “improving interoperability between the U.S. and Japanese forces. This exercise benefits from realistic, shared training, enhancing our ability to work together to confront any contingency,” according to a Navy photo caption.