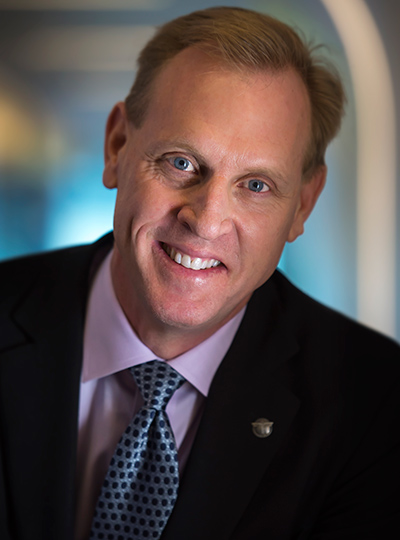 President Donald Trump announced his intention to make six nominations for key Pentagon offices, including the deputy secretary of defense and the director of the Cost Assessment and Program Evaluation (CAPE) office.

“Secretary (Jim) Mattis is grateful to Deputy Secretary Bob Work for agreeing to continue serving until his successor is confirmed. His steady leadership is critical during this time of transition, and Secretary Mattis continues to have full confidence in him as he carries out crucial work in managing in the Department,” Davis said in a statement.

Robert Daigle will be nominated to serve as CAPE director. CAPE plays an important role in the Pentagon acquisition process, providing independent analysis of program costs and capabilities ahead of various acquisition milestones. Daigle served as CAPE’s director of the Program Resources and Information Systems Management Division during the George W. Bush administration. He is a professional staff member on the House Armed Services Committee, was the Executive Director of the Military Compensation and Retirement Modernization Commission, and formerly served in the Army.

Elaine McCusker will be nominated to serve as the principal deputy for the comptroller, Norquist. She is currently U.S. Central Command’s director of resources and analysis at MacDill Air Force Base, Fla. She previously worked as a professional staff member on the Senate Armed Services Committee, for the Department of Navy Headquarters, and for the Office of the Under Secretary of Defense (Comptroller).

David Joel Trachtenberg will be nominated to serve as principal deputy under secretary of defense for policy. He has worked for the Defense Department before, dealing with policy related to NATO and Europe, missile defense, nuclear forces and arms control. He also previously worked for the House Armed Services Committee.

Kenneth Rapuano will be nominated to serve as assistant secretary of defense for homeland defense and global security. He currently serves as Senior Vice President and Director of the Studies and Analysis Group at the ANSER Corporation. Previously he served as White House deputy homeland security advisor from 2004 to 2006 and has worked for the departments of Defense and Energy. He also served in the Marine Corps, deploying with both active duty and reserve forces.

Davis said in his statement that “these are all highly qualified individuals who were personally recommended by Secretary Mattis to the President for nomination.”