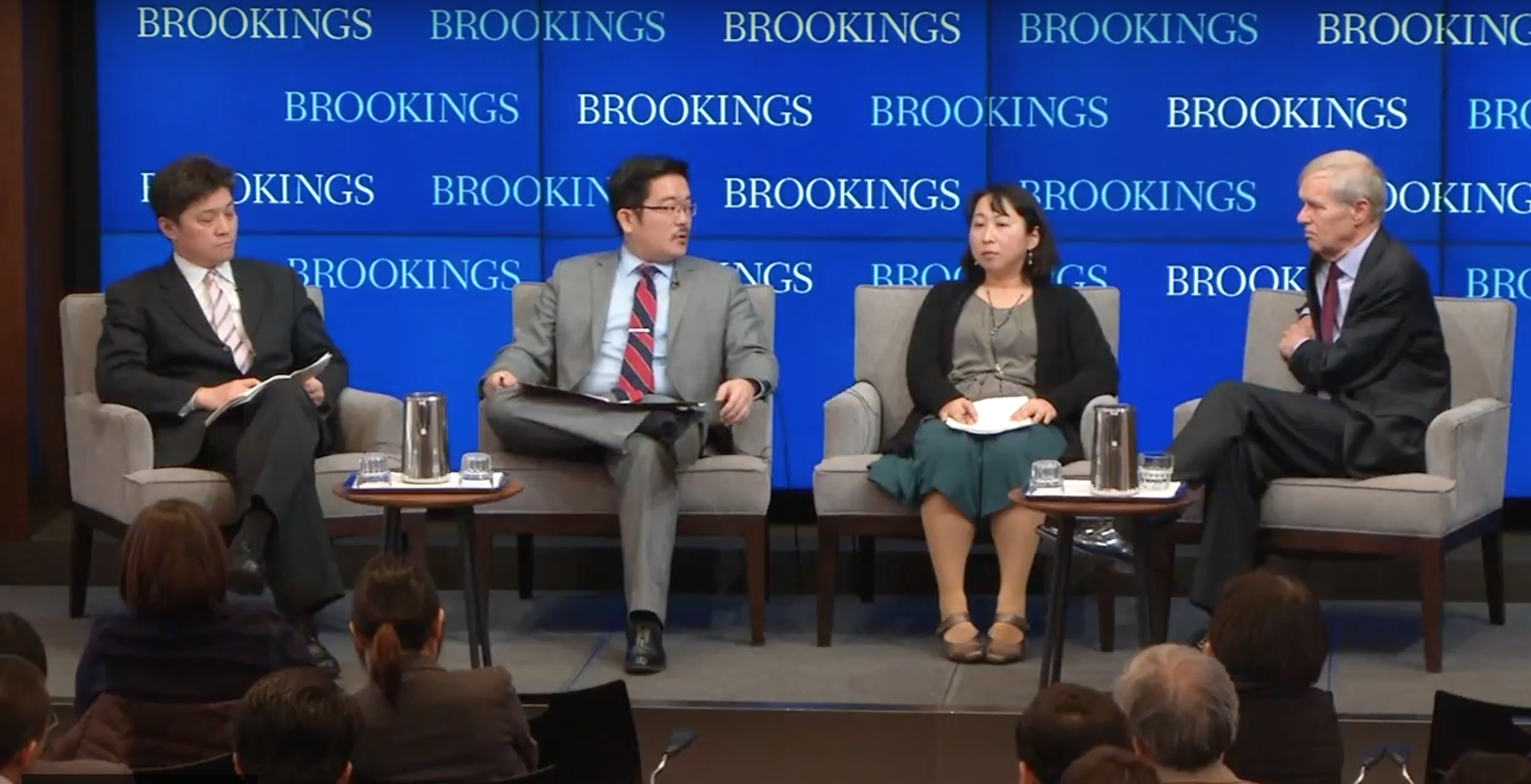 Brookings Institution hosted a discussion, “Cross-Strait relations at a juncture: Japanese and American perspectives,” on March 13, 2017.

China is increasingly focused on becoming a dominant military and economic power in Asia and is ratcheting up pressure on Taiwan and other neighbors, four experts on international relations agreed Monday.

Chisako Masuo, an associate professor at Kyushu University, said at the Brookings Institution on March 13 that “its influence over its neighbors is growing” and that “now no one wants to make China angry.”

Yasuhiro Matsuda, a professor at the University of Tokyo, agreed, saying “China moved from the negotiation mode to the pressure mode.” With Taiwan, China warned neighbors and partners to be careful about their relations with Taipei, and several African nations downgraded their diplomatic relations with Taiwan as a result.

The window of opportunity for constructive talks between Taiwan and China has closed, Matsuda said, describing the situation now as a “not lose, not lose” relationship, with trade and tourism continuing but official communications almost non-existent since June.

But “neither is willing to push each other to the corner” of armed conflict.

Since the government of Tsai Ing-wen took office in Taiwan in 2016, Masuo said Japan “is the only country that dared to say no to China” among its closest neighbors in an island dispute with Beijing. Reasons for this include Japan’s alliance with the United States, its position as the world’s third largest economy and the fact that “relations with China [are] not going well anyway” on a variety of issues.

Russell Hsiao of the Global Taiwan Institute and the others on the panel agreed that the congratulatory call between Tsai and then-President-Elect Donald Trump surprised Beijing. It appeared to be a move away from the United States’ acceptance of a “one-China” policy, meaning Taiwan was not an independent nation.

“All hell broke loose” after the call, Hsiao said. The December flight by four Chinese strike aircraft around the island was not only a signal to Taiwan but also to the United States of its displeasure with the conversation. That event also followed closely on the heels of Beijing sending its aircraft carrier near Japan the month before.

But how the Trump Administration will follow up on its relations with China and Taiwan is not clear, Richard Bush of the John L. Thornton China Center said during the discussion.

“Beijing really doesn’t want to deal with the DPP government,” Bush said, adding China prefers the Kuomintang Party, which was defeated in the 2016 presidential and parliamentary elections despite China trying to influence the elections on the island.

Beijing now wants to see from Taiwan an explicit acceptance of the “one-China” policy, rather than the nuance and ambiguity that mark its relations with the United States. Tsai did not renounce the policy in her inaugural address.

To get its way in this information struggle with Taiwan, China is “very good at stating a version of reality over, and over, and over again” until it becomes an accepted fact to its public and others.

Masuo pointed to the strategic significance of Taiwan about halfway between the East China and South China seas. If Beijing controlled the island, it would be a major maritime power, she said.

To gauge what might happen to achieve that goal, she pointed to Beijing’s crackdown on Hong Kong as possible on Taiwan. If that were the case, Vietnam would be next, she said. It has adopted a “more power-centered approach” to relations with other nations. If they don’t agree or cooperate, China “treat them as if … they were the enemy,” she said.

In addition to the diplomatic and security pressure it is applying in the Asia-Pacific, “China is clearly intending to compete with the United States’ economic hegemony” with its “one belt, one road” approach to trade in Asia and Africa. That approach is made easier with the Trump Administration’s decision not to pursue the Trans Pacific Partnership trade agreement, she said.