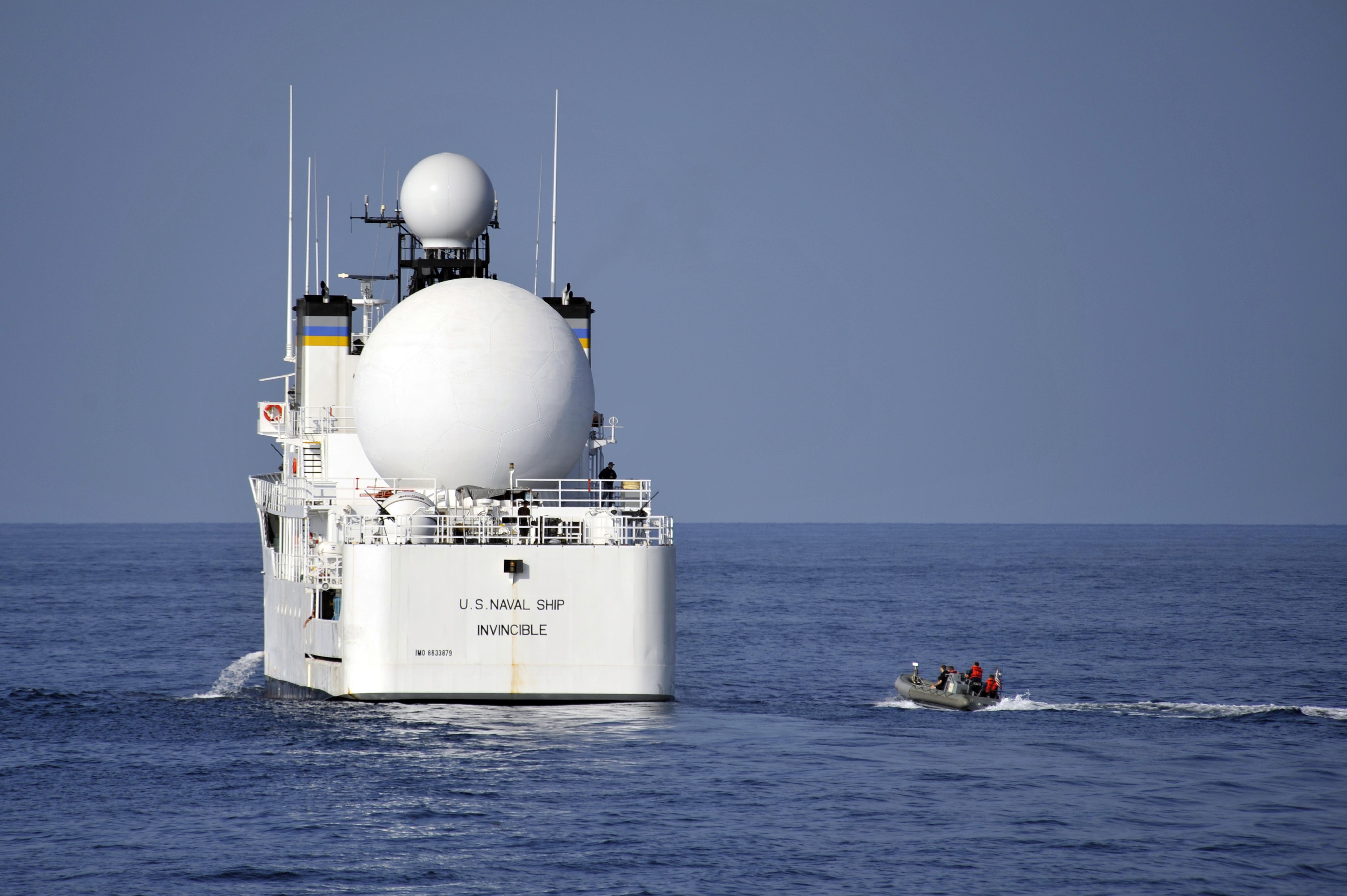 A U.S. Navy surveillance ship was harassed by an Iranian fast attack craft while entering the Persian Gulf on Saturday, a defense official confirmed to USNI News on Monday.

USNS Invincible (T-AGM-24) was transiting the Strait of Hormuz in the early morning on March 4 with three other coalition ships when the ships were approached by several Iranian Revolutionary Guard Corps Navy fast attack craft, the official told USNI News.

One of the IRGCN craft maneuvered 600 yards in front of the 2,300-ton Invincible and “went dead in the water,” the official said.

The IRGCN boat became a hazard to navigation and forced the ship to steer around the boat to avoid a collision. Exacerbating the already dangerous maneuver, a commercial ship was at the same moment attempting to overtake the formation in the narrow entrance to the Persian Gulf.

Given the hazard, the Navy categorized the interaction as “unsafe and unprofessional,” the official said.

In a related incident during the transit, an IRGCN fast attack boat came within 350 yards of one of the ships accompanying Invincible in a second unsafe and unprofessional interaction, the official said. U.S. officials would not identify the other ships in the formation. However, Reuters said they were Royal Navy warships.

The incident follows a January encounter in which the crew of the guided-missile destroyer USS Mahan (DDG-72) used warning shots to ward off four IRGCN attack boats heading for the ship.

Invincible – operated by the U.S. Navy Military Sealift Command – is one of two ships that field extensive radars used for tracking missiles. The ship is also outfitted with submarine detection equipment.