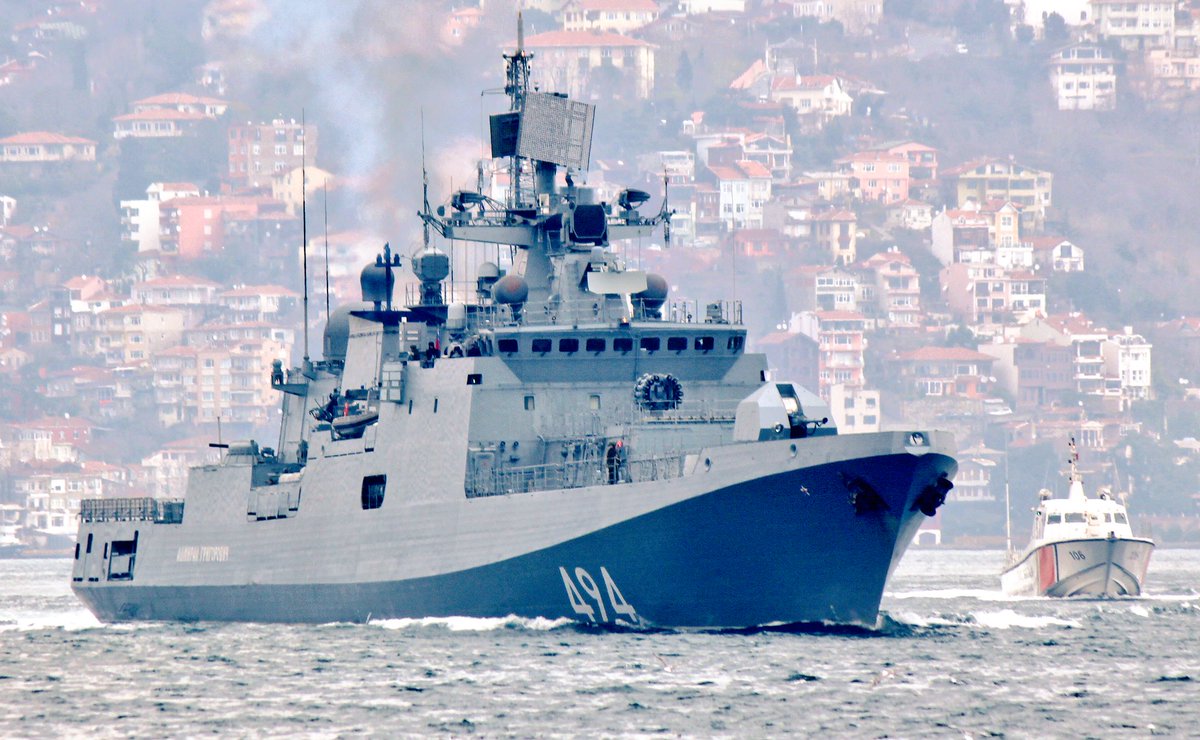 One of the Russian Navy’s most advanced frigates left the Black Sea on Thursday bound for Syria and the Eastern Mediterranean, according to images provided to USNI News by ship spotters in Istanbul.

Guided missile frigate Admiral Grigorovich – based in Sevastopol, Crimea – passed through the Bosporus Strait early Thursday into the Mediterranean. A U.S. defense official told USNI News that the ship was likely bound for Syria to operate with a Russian Navy Kashin-class guided-missile destroyer currently pier side at the Russian logistics facility in Tartus.

Late last year, Grigorovich operated with the Kuznetsov carrier strike group off of Syria and fired missiles in support of the Russian-Syrian assault against rebels in Aleppo in November.

“The Britain-based Syrian Observatory for Human Rights said missiles fired from Russian warships in the Mediterranean struck areas in Aleppo province and on the eastern edge of nearby Idlib,” reported The Associated Press at the time.

The 4,000-ton frigate fields up to eight of the Russian Kalibir NK long range land attack cruise missiles – first used operationally in 2015 from Russian Navy ships in the Caspian Sea to strike targets in Syria.

The ship is one of six the Russian Navy had originally planned to deploy to the Black Sea but the Russians instead sold the last three to the Indian Navy.