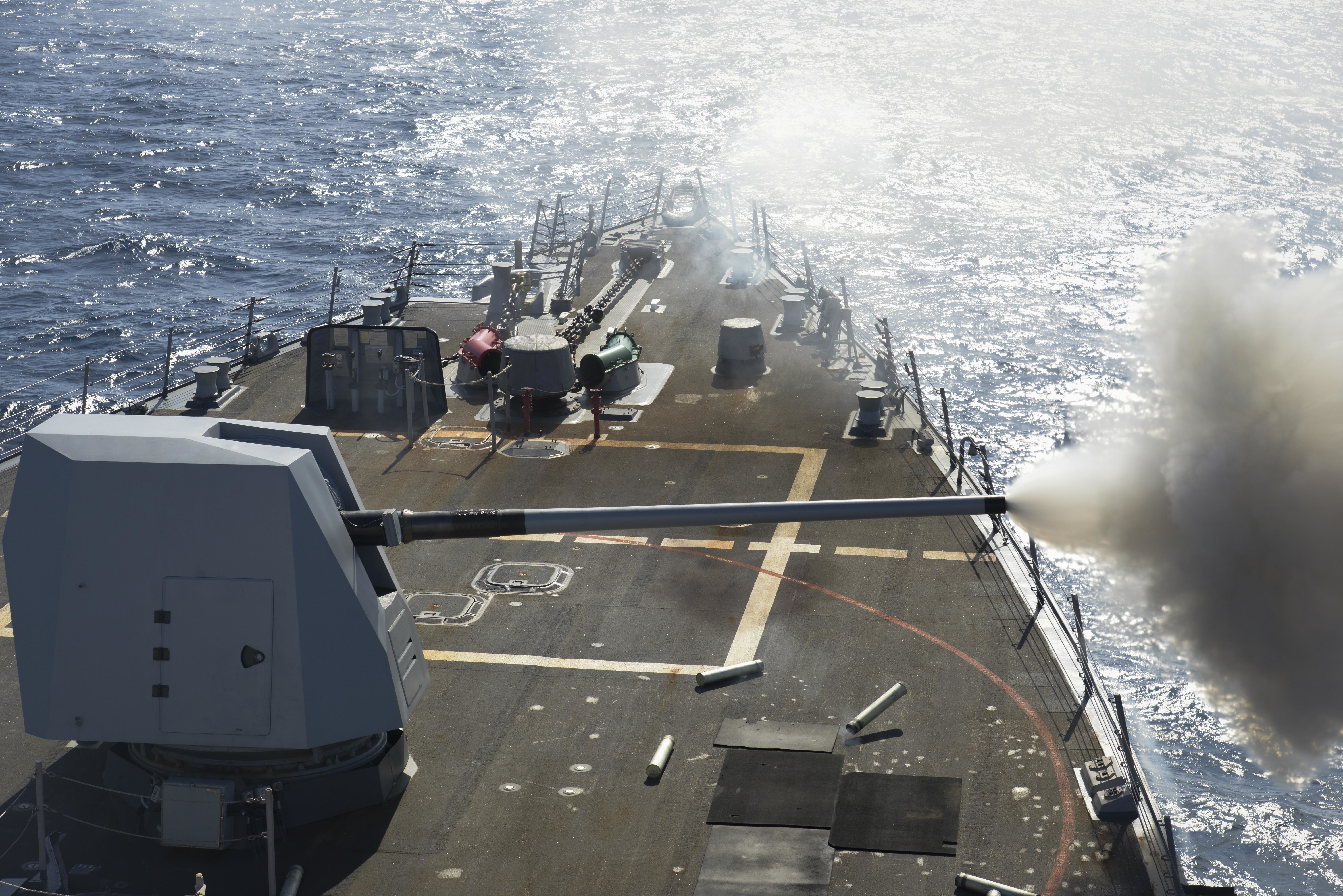 This post has been updated to correct the title of the Information Warfighting Development Center.

SAN DIEGO, Calif. – The Navy has taken steps to improve the pre-deployment training pipeline for carrier strike groups over the past two years, and while the sea service could use more resources to support this training, the commander of U.S. Fleet Forces Command said the changes are already proving effective.

Alongside moving to the Optimized Fleet Response Plan (OFRP) – a 36-month force-generation cycle for carrier strike groups that carves out sufficient time for maintenance, training, deployments and sustaining readiness as a backup surge force – the fleet took the opportunity to make changes within each of those individual phases.

Many of the changes are aimed at preparing forces for higher-end warfare rather than more basic presence and “constabulary” missions. Among the additions to COMPTUEX, for East Coast units, has been the restoration of a fleet missile firing event, which had bee suspended for the past 14 years.

“Now everybody gets a shot before they go on deployment at a missile firing event,” Davidson said Feb. 22 at the WEST 2017 conference, noting the change was made about a year ago.
“Before the spring of ‘16, the last time the East Coast shot against a supersonic threat was in 2003. We restored that back in 2016.” 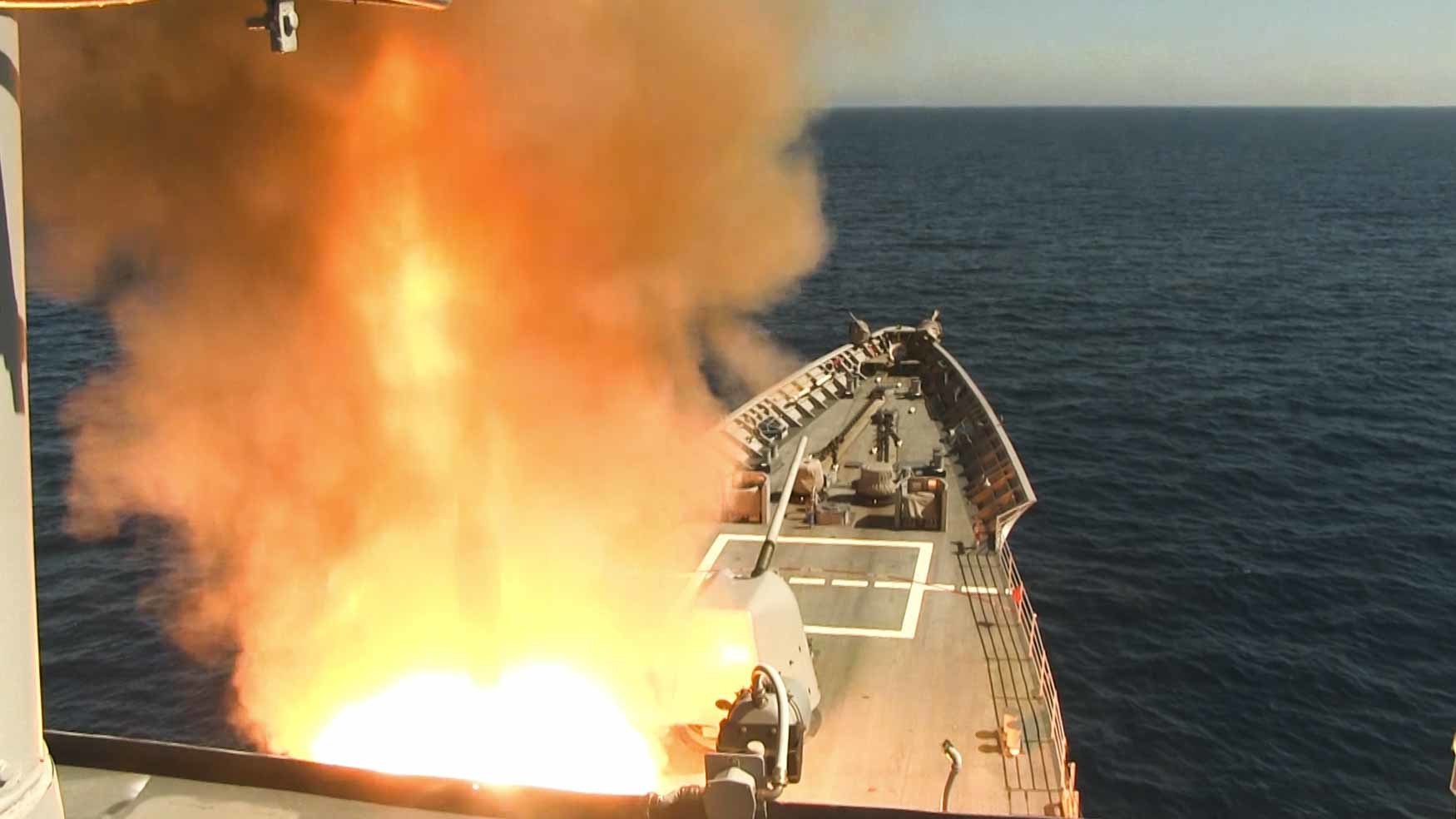 USS Princeton (CG 59) launches an SM-2 missile during a live missile fire event as part of an exercise in the Southern California operating area Sept. 29, 2016. US Navy photo.

Fleet Forces also sought to improve the use of Live, Virtual and Constructive (LVC) training assets.

“The fleet has owned and had an operator support us with … our simulated training environment we use in COMPTUEX and other training across the East and West Coasts,” he said.
“We partnered with (Naval Air Weapons Station) China Lake to better manage that system, and we’re better partnered with the systems commands to have a whole concept of LVC that might support our systems commands and their testing and trials, as well as fleet training going forward. We started to experiment with that in COMPTUEX about a year and a half ago – a little less, about 16 months ago – and we did advance the ball a few yards instead of a few inches here during Bush (Carrier Strike Group) COMPTUEX just recently. … It’s working pretty well on the surface ship side, we’ve got a ways to go on the aviation side, and in fact some investments have been made there and have been made overall, so we’re pretty pleased.”

Davidson noted a few other areas where additional investments would be needed to reap the full benefit of measures to improve training. Chiefly, he said the warfighting development centers needed to be fully staffed and fully equipped. 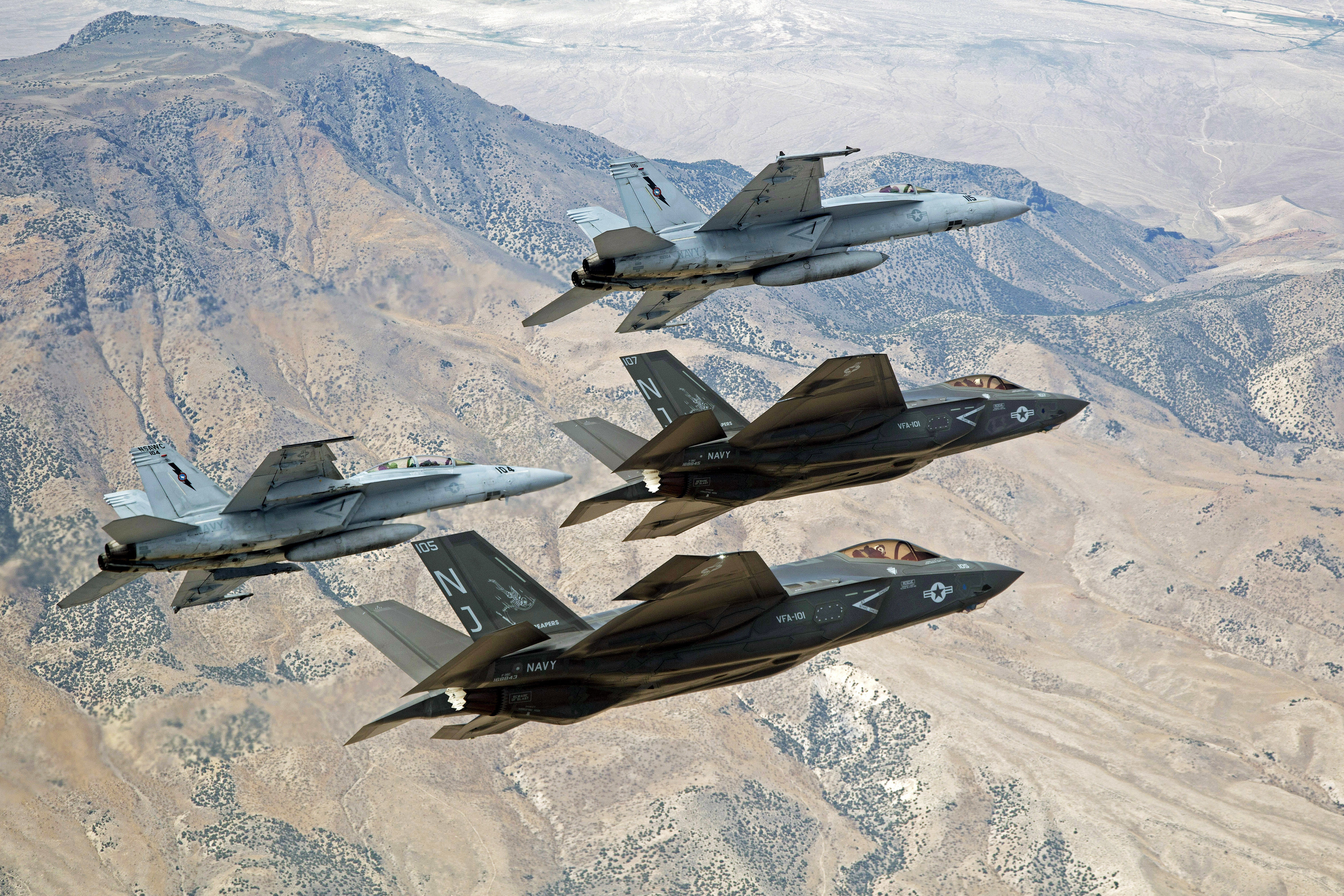 Davidson lumped the Naval Information Forces (NAVIFOR) and its Information Warfighting Development Center – which will reach initial operational capability in a couple weeks – into the same category, saying the fleets currently lump information warfare training into their operations and maintenance budgets but that dedicated funding needed to be devoted to the important warfare area.

Naval Information Forces commander Rear Adm. Matthew Kohler said Feb. 21 at the same conference that even before reaching IOC, his IWDC has already been “really deeply involved with (Naval) Surface Forces, (Naval) Submarine Forces. SWATT, for example – Surface Warfare Advanced Tactics Training – that’s being done and emphasizes pre-integrated training to get them ready for the integrated training phase. We’ve been involved with cyber efforts, electronic warfare, [electromagnetic maneuver warfare] type of [tactics, techniques and procedures], all that to really raise the bar in how we’re doing business.”