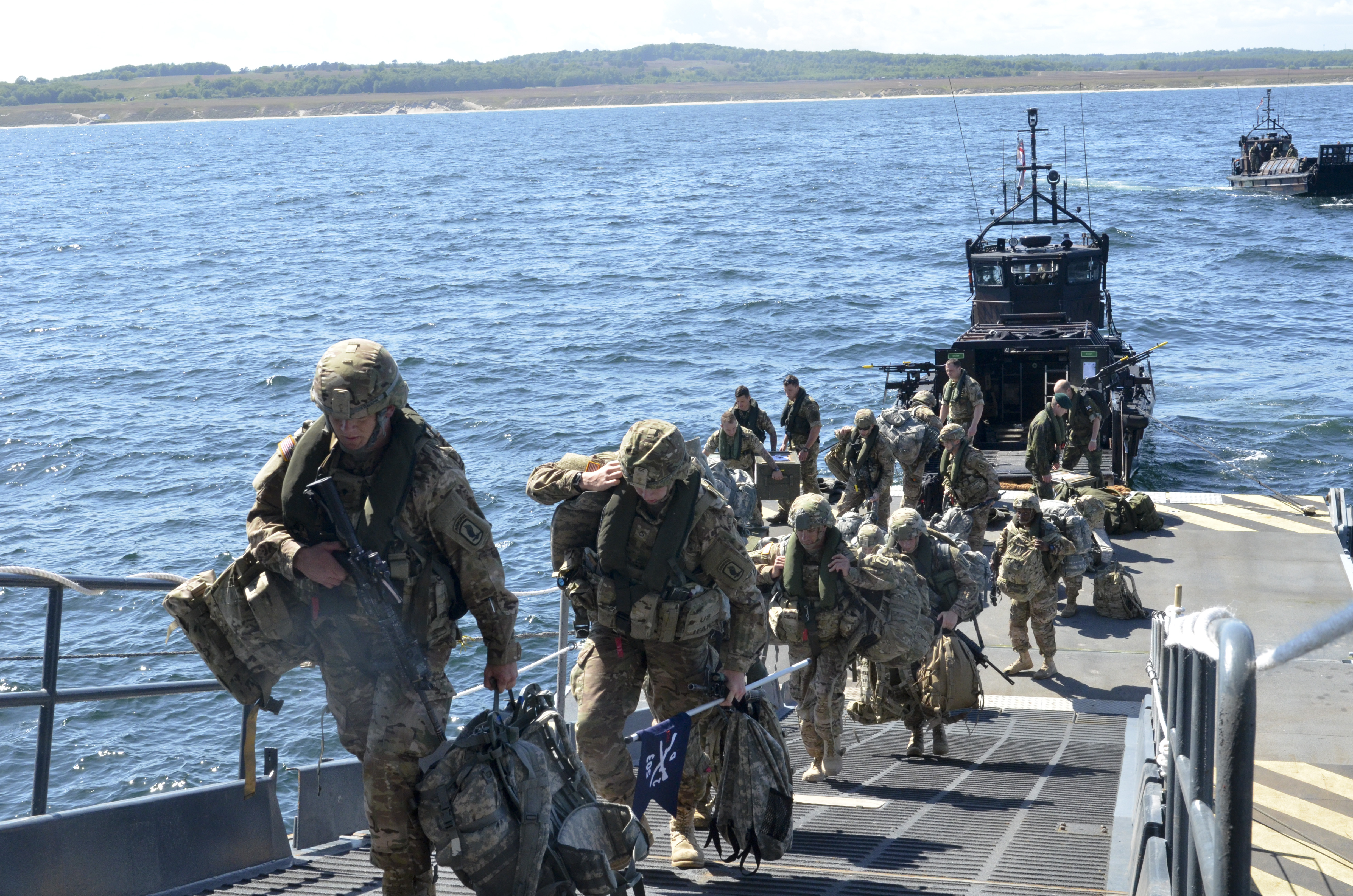 Stationing more U.S. forces forward is key to reshaping the American military to deter future Russian and Chinese ambitions in Europe and the Pacific and it can be done now, four defense experts told the Senate Armed Services Committee on Thursday.

Bryan Clark, a senior fellow at the Center for Strategic and Budgetary Assessments said — using the seizure of Crimea as an example — sending forces in later “would look like we’re trying to change the facts on the ground.” This makes the response look like an act of aggression.

“We’re going to have to prevent those things [from happening] in the first place,” he said.

Thomas Donnelly, resident fellow at the American Enterprise Institute, said the United States needs to think about China, a continental power, in broader terms than its maritime influence. Now, “a continental power is going to sea,” but historically it has been at odds with Vietnam and India and challenged on land.

Moving more forces forward, David Ochmanek, senior defense research analyst at RAND Corporation, overcomes “the tyranny of distance” in responding to an immediate crisis. In answer to a question about countering Russia in the Baltics, he suggested moving three heavy brigades with artillery support to the region. The force could be a combination of permanently stationed armored units and others rotating through falling on prepositioned equipment and ammunition.

All agreed the forward stationed and forward deployed forces need to be able “to deliver high volume munitions fire,” in Clark’s phrase, to sustain any combat operation if deterrence fails. That means building up munitions stockpiles in all categories, so cross leveling of weapons such as Tomahawk missiles is eliminated, for example.

James Thomas, of the Telemus Group, said, “Our force is misshaped,” as Russia and China have moved ahead with military modernization programs to develop asymmetrical capabilities — from air defense to long-range stand-off weapons and gray area warfare — to counter United States’ strengths.

He called for a re-examination of “the expeditionary mindset” that caused the United States to pull forces from bases in Europe, in particular, back to the homeland.

Thomas added the United States needed to move away from a “one-size-fits-all-approach” to respond to crises in Europe, the Pacific or elsewhere and stationing of forces. Each region “necessitates a unique approach.”

Even with NATO allies, the challenges Russia presents in the Baltics are different from its challenges in the Mediterranean. The United States “needs to think about tailoring the force” for specific areas, Clark added.

The goal is “to reshape the military to survive in these environments” in different regions where, for example, communications are degraded in combat and look for resiliency of the force and equipment in building for deterrence.

“Concealment, cover and deception” were tools used in the Cold War that can be used again, Clark said.

Ochmanek said some of the fixes can be as simple as “putting gravel out there to fix runways,” building shelters to conceal aircraft and moving aircraft and armor around so a potential adversary does not know for certain where they are.

The idea also is to break up the predictability of “where we operate,” say from northern Australia or the Philippines. “That would alter the deterrent calculus of China” in those cases.

It too means a new focus in training distributed forces in “operating in a low bandwidth environment,” he said.

All also agreed that end strength needed to be increased and the need to modernize the force, including the nuclear deterrent, is a priority.

Immediate needs until that larger force can be fielded is to “fully fund readiness accounts,” Donnelly said, so that there is not a drastic drop-off in preparedness when a unit returns from deployment. He said that drop-off in readiness exists down to the crew level in an armored units.

Reducing operations now to increase readiness until that expanded force is fielded was a possible answer, Clark said. “You can’t plan maintenance in advance” which takes a toll on equipment from tanks to aircraft to ships.

Donnelly also suggested looking at existing weapons systems in different ways “to get a lot more mileage out of the old jalopy we’ve got.”

Donnelly said the Navy could speed the Ticonderoga class modernization program and return those ships to the fleet at an earlier date than now projected. He also said the sea service should look at the Zumwalt class destroyer as a platform for future high-energy weapons and electro-magnetic guns.

Clark and others said promising technologies that have been frozen in research and development or testing and evaluation accounts because there was not enough money to put them into production could be moved along as defense spending increases as President Donald Trump indicated during the 2016 campaign.