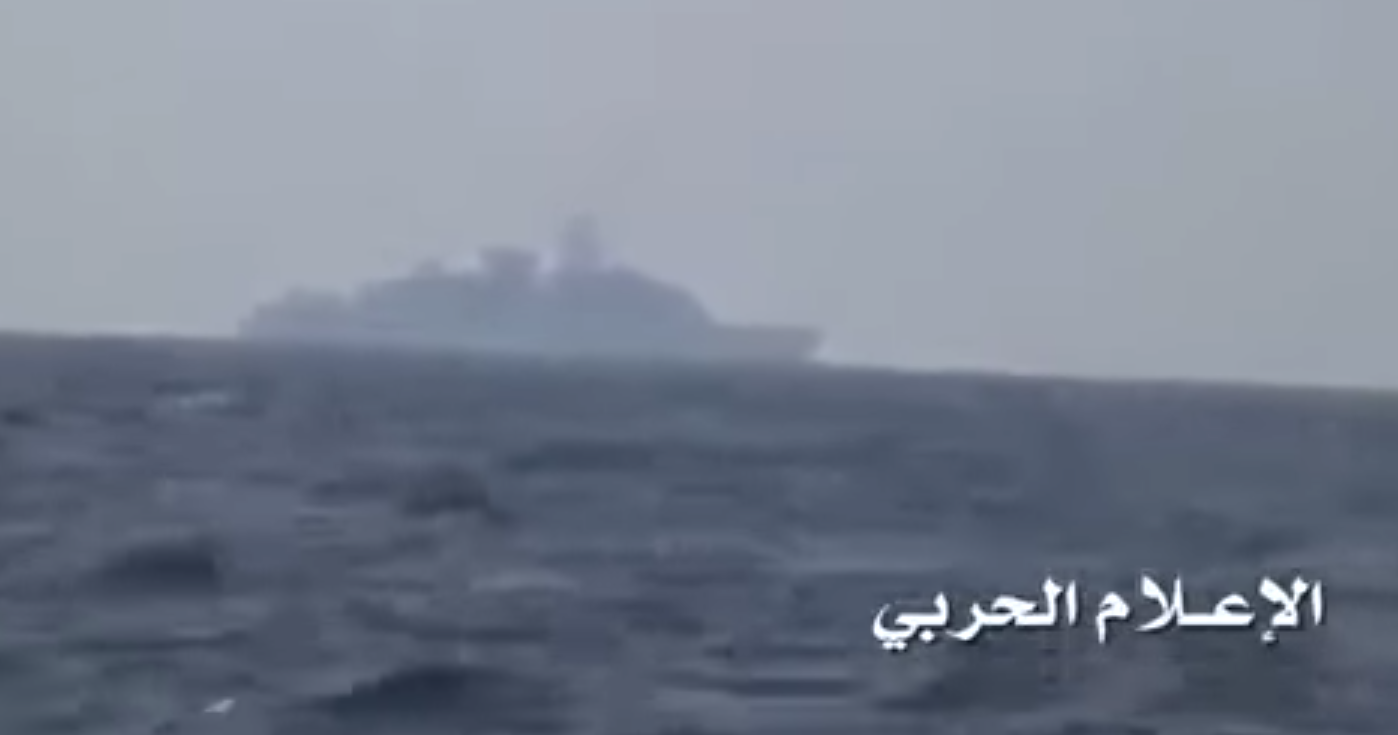 Image of a Saudi Al Madinah-class frigate shortly before being attacked by Houthi forces.

The Saudi Al Madinah-class frigate was operating about 30 nautical miles from the Yemeni port of Hudaydah when it was approached by a trio of small boats.

One of the suicide boats managed to collide and detonate explosives against the hull of the frigate, a U.S. defense official told USNI News.

The collision sparked a fire on the ship that killed the two Saudi sailors and injured three others, according to a report in Al Arabiya.

Following the attack, the crew of the frigate, “dealt with the boats as necessary,” read a statement from the Saudi-led collation.

“The Saudi ship has continued its patrol duties in the area of operations, while the air force and the coalition forces’ ships continued to chase the fleeing boats to deal with them,” continued the statement.
“The command of the coalition asserts that the continuation of the Houthi militias’ use of the port of Hudaydah as a launching pad for terrorist operations is a serious development that would affect the international navigation and the flow of humanitarian and medical assistance into the port for Yemeni citizens.”

Earlier reports indicated the Saudi frigate may have been struck by an anti-ship cruise missile but a U.S. Navy official told USNI News there was no evidence one was fired at the warship.

The U.S. offered assistance but the Saudis haven’t asked for any ship support, a defense official told USNI News.

The attack on the Saudi ship comes after Houthi forces made multiple cruise missile attacks against U.S. warships in October.