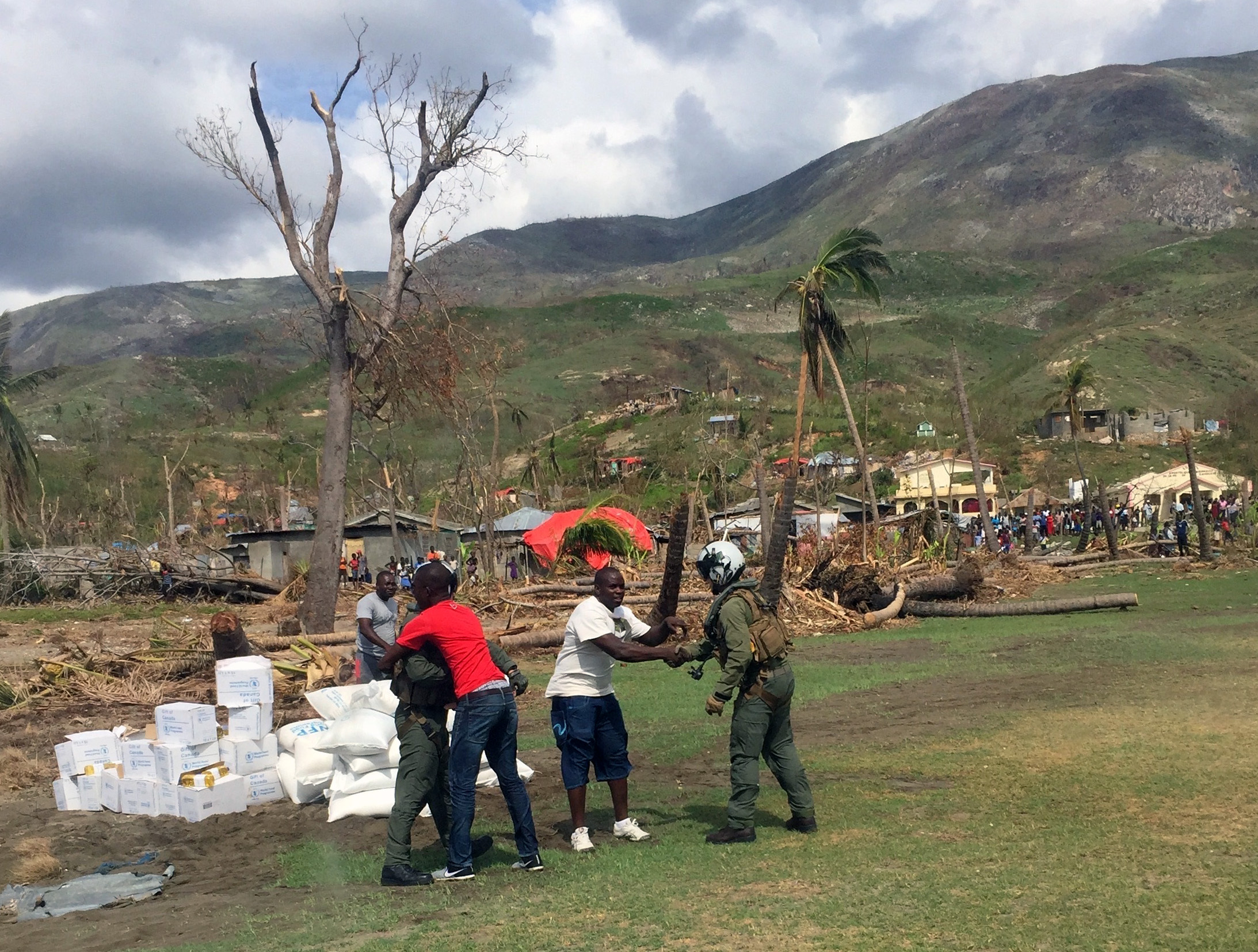 Ground-based Marine Corps and Army aviation units are already leaving Haiti and amphibious assault ship USS Iwo Jima (LHD-7) will likely leave this week, as the military wraps up its Hurricane Matthew response effort and turns the long-term rebuilding effort over to United States Agency for International Development and other organizations.

U.S. Southern Command commander Adm. Kurt Tidd said yesterday at an event co-hosted by the Center for Strategic and International Studies and the U.S. Naval Institute that the storm “ran over the southwestern tip of Haiti and essentially devastated that whole region.”

After two weeks of Marine, Army and Navy aircraft delivering food, water, medical supplies, shelter supplies and more to the hardest-hit regions as civil authorities worked to open up roads that connect the southwestern peninsula to the capital of Port-au-Prince, “we’re at the point now where the roads are largely open, the amount of material that’s moving over the roads has increased over time and so we’re seeing now that the requirement for our aircraft to be able to deliver goods is dropping off. I suspect that we’re close to the point where we’ll probably say this unique military capability is no longer required.”

Tidd told reporters at the Pentagon later in the day that “we were told to prepare for a two-week mission and I think that that looks like it is going to be a pretty accurate timeline. … The Army helicopters that were in that first package on scene, they have now returned to Honduras. The Marine helicopters are packing up and they are leaving as well, so [all remaining work is] being conducted by the helicopters, the Marine and Navy helicopters that are embarked on Iwo Jima. But I would say literally the next couple of days I think we’ll be finished.” 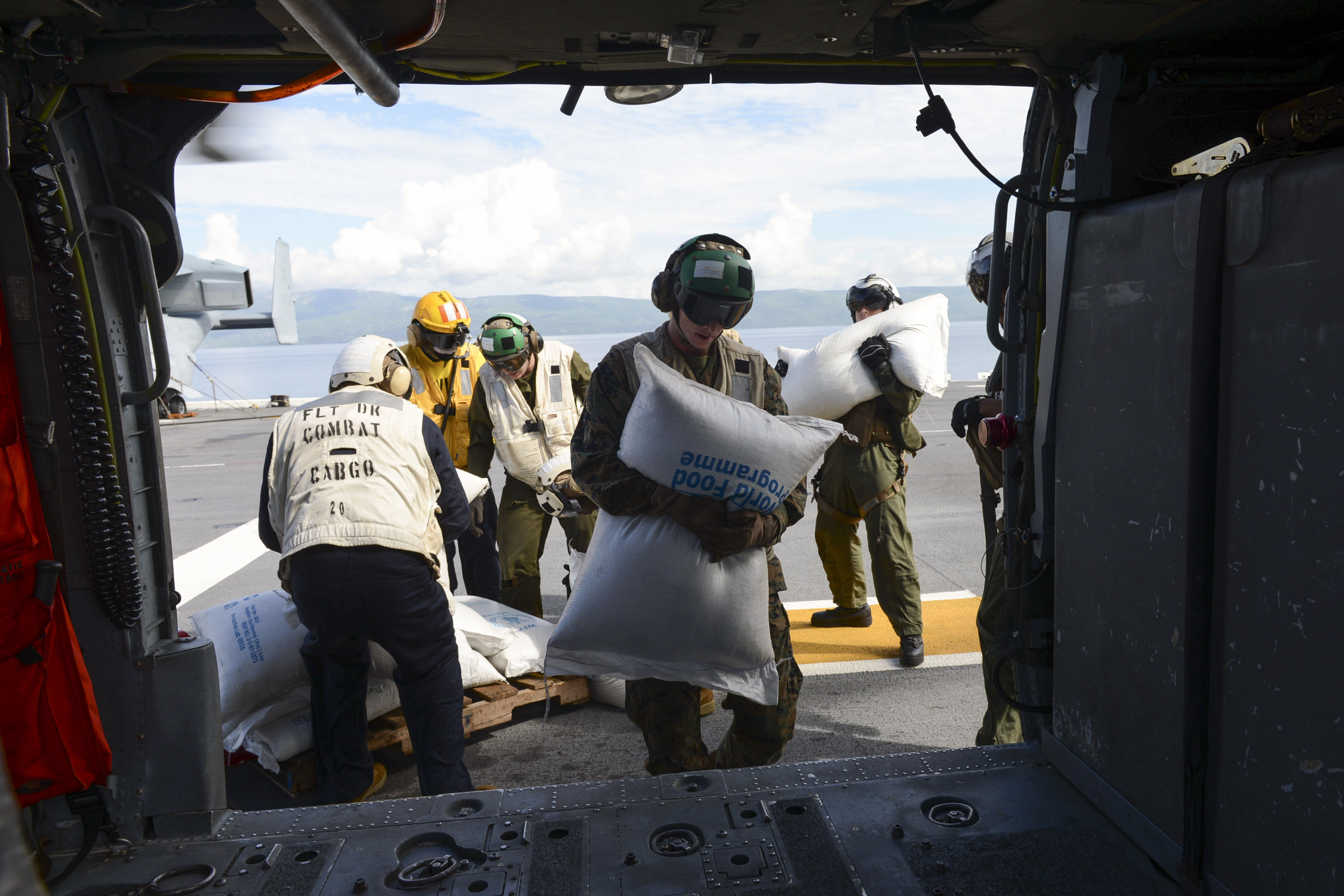 Tidd has visited Haiti twice since the hurricane ran over the island on its way to Florida and the Carolinas, and he noted both the quick response time as well as the significant progress reopening roads to access remote villages. He praised the quick response of all the services – the Army and Marine task forces based out of Honduras, who began moving towards the Bahamas even as the hurricane was still working its way through the region, and the Navy ships that left Naval Station Norfolk, Va., ahead of the storm to get out of its path and move in towards Haiti as soon as they could. The hurricane hit the island on Oct. 4 and military personnel were already on the ground by Oct. 5, he said.

“I kind of highlight this that as a paragon of joint operations. The fact that you fly a mixed aviation detachment of Army and Marine helicopters to self-deploy all the way from Honduras to Haiti, to do it safely literally as they were hopscotching from Honduras to Grand Cayman Island to Jamaica and then on to Port-au-Prince,” he said.

The organization of the joint operation is also important, he said, because SOUTHCOM does not have ships deployed in theater or other assets that bigger combatant commands like U.S. Pacific Command might have to respond to a natural disaster.

Rear Admiral Cedric Pringle, the deputy commander at Joint Interagency Task Force-South in Florida, volunteered to lead the response effort and flew to Haiti in time to meet the Army and Marine helicopters in Port-au-Prince. U.S. Transportation Command and the Air Force sent assets to support extra air traffic control needs at the small Port-au-Prince airport, as well as heavy equipment to assist in offloading pallets of supplies and breaking them down for transport via Navy, Army and Marine Corps helicopters. Ultimately as many as 400 military personnel worked under the Joint Task Force (JTF) Matthew, which assisted in delivering more than 559,000 pounds, or 253 metric tons, of goods. 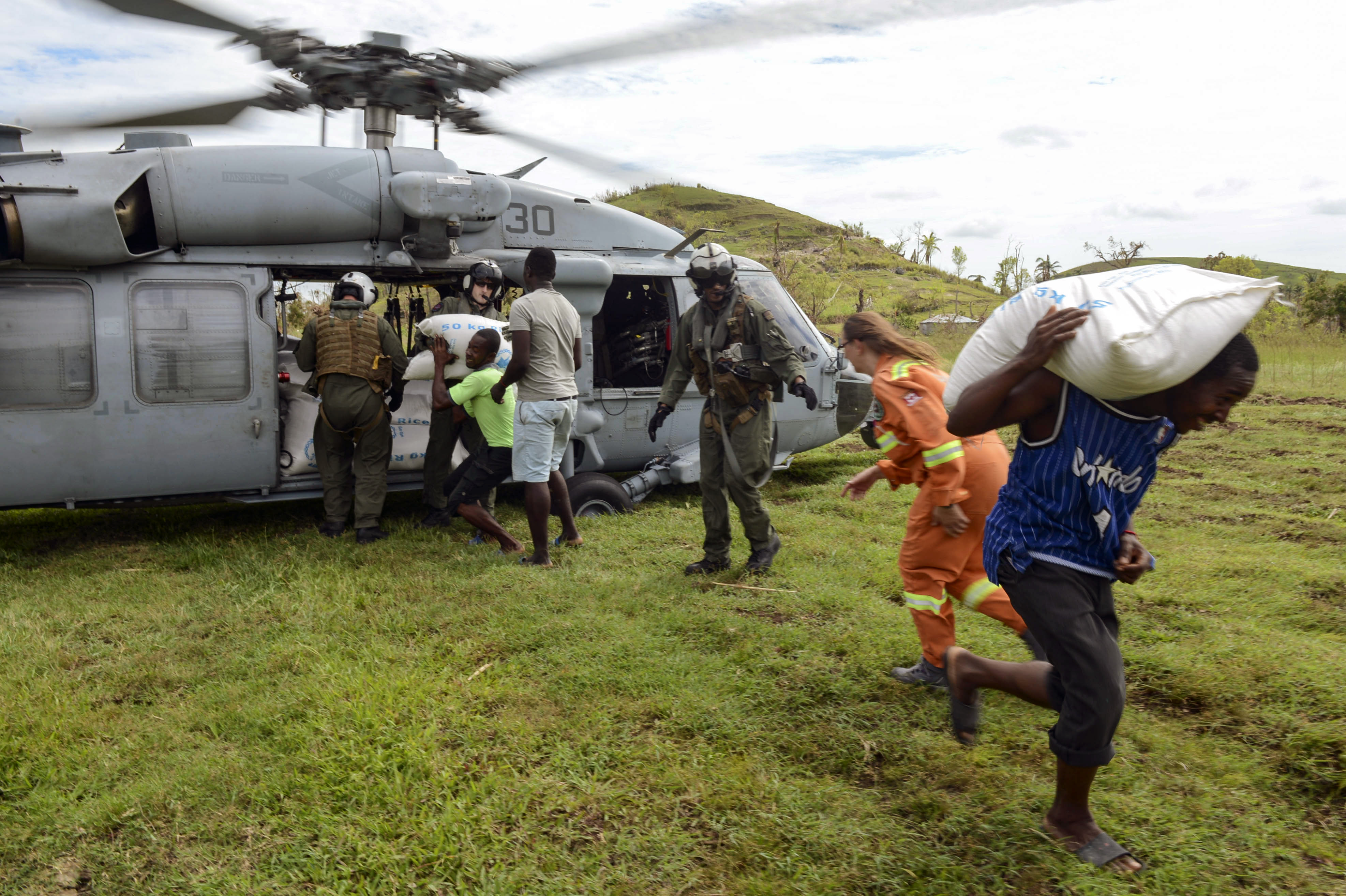 Sailors and Marines attached to Joint Task Force (JTF) Matthew deliver food to the village of Jabouin on Oct. 18. US Navy photo.

Tidd told USNI News after his CSIS speech that SOUTHCOM does not have any ships at its disposal to move personnel around theater, but the support from U.S. Fleet Forces Command in preparing and moving amphibious ships ahead of the storm helps mitigate the risk of relying on shore-based units to self-deploy via helicopters.

“Iwo Jima obviously, by being able to host all the aviation there, doesn’t encumber the airport in Port-au-Prince, there’s not the big footprint there and impact on the people of Haiti that are still struggling from the storm,” he said.
“So it just gives us a lot more flexibility, a lot more sustainability by being sea-based, the ability to move closer to the places so you’re flying shorter legs as opposed to flying the entire distance from Port-au-Prince.” 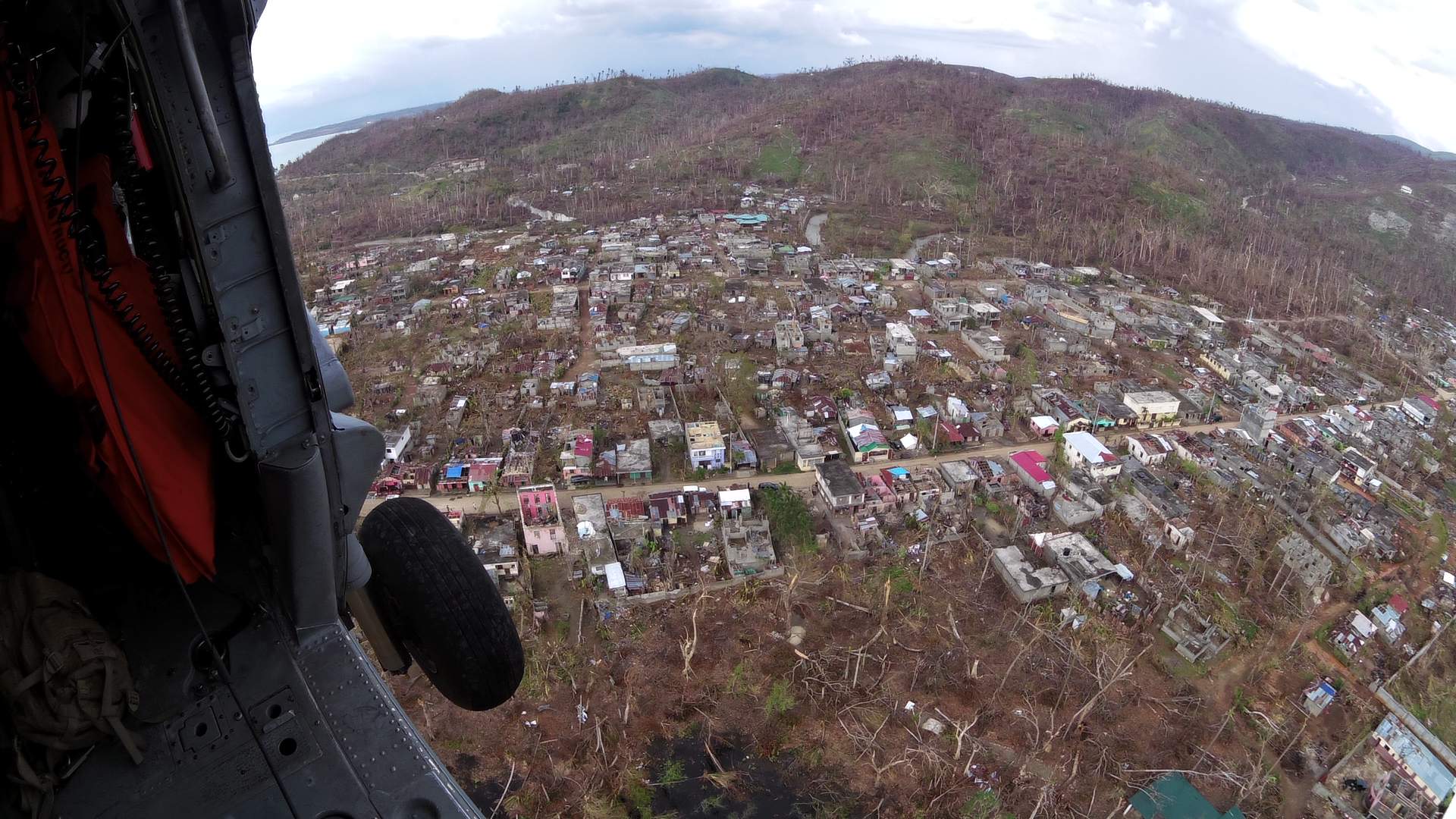 An Helicopter Sea Combat Squadron 28 (HSC-28 ) pilot looks down at the aftermath of Hurricane Matthew from an MH-60S Sea Hawk on Otc. 16. US Navy photo.

He said any combatant commander would love to have amphibious ships to move Marine tasks forces around, but he said there are just not enough ships today. Still, he is grateful to the Special Purpose Marine Air-Ground Task Force-SOUTHCOM in Honduras for the work they do six months out of the year.

The SP-MAGTF “mitigates the risk – it doesn’t do everything that you could do with a full package (afloat), but it’s a mitigation for the most likely things” the Marines could be called upon to do in SOUTHCOM, he said.
“And the fact that we used it for exactly why it was deployed is testament to the fact that it’s pretty darn good.”