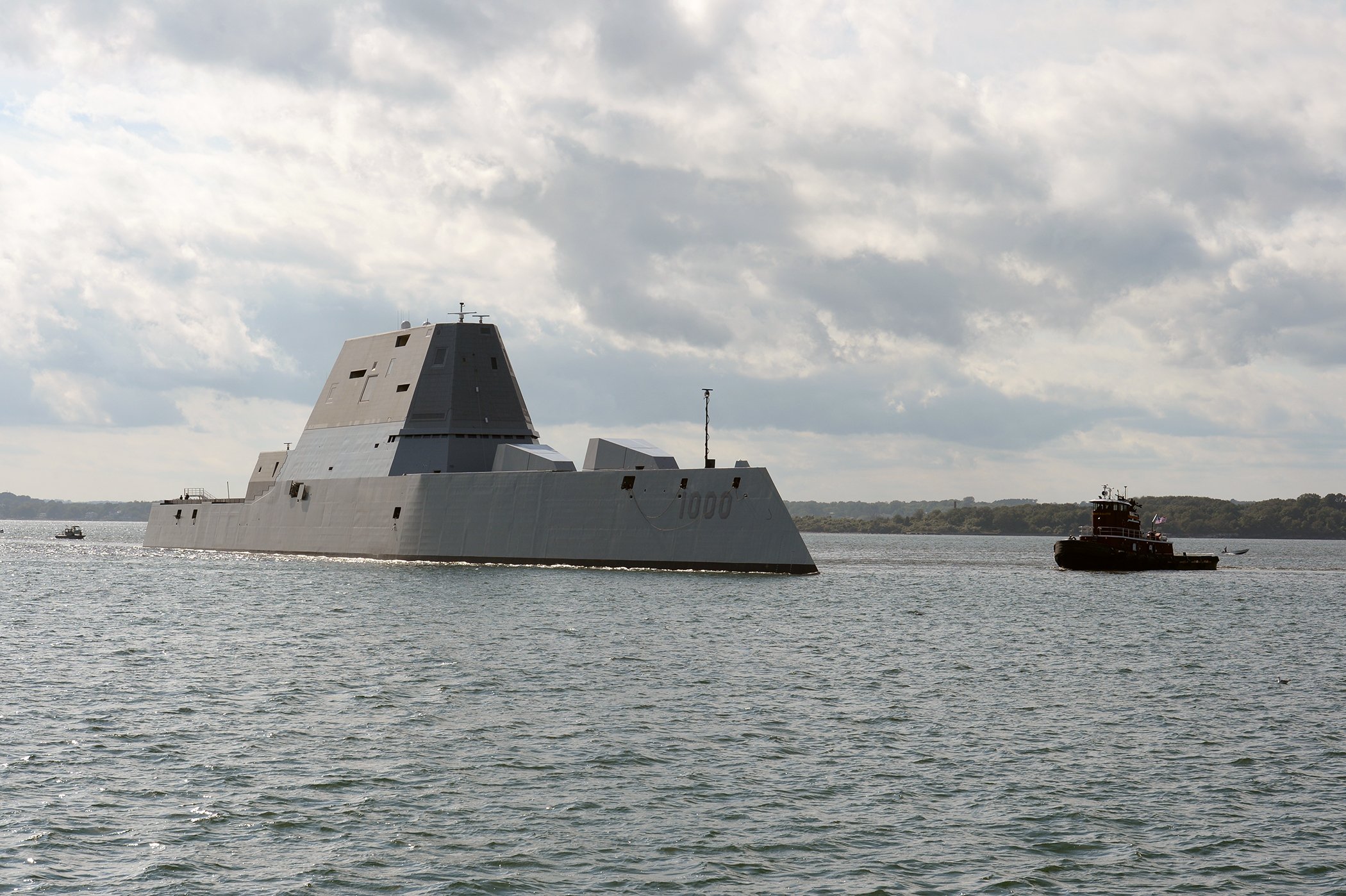 The first in a trio of guided missile destroyer will arrive in Baltimore today ahead of a commissioning ceremony this week, service officials told USNI News.

Zumwalt (DDG-1000) left Naval Station Norfolk, Va. on Friday for the one-day transit to Baltimore after completing repairs earlier this week that had the ship sidelined since Sept. 19.

According to the service, “the crew discovered a seawater leak in the propulsion motor drive lube oil auxiliary system for one of the ship’s shafts.” The ship skipped an at sea testing period and conducted other planned maintenance while it was pier side, officials said.

The commissioning is set for Oct. 15, 2016 and during the ceremony, “Chief of Naval Operations (CNO) Adm. John Richardson will deliver the ceremony’s principal address. In accordance with Navy tradition, the ship’s co-sponsors Ann Zumwalt and Mouzetta Zumwalt-Weathers, Zumwalt’s daughters, will give the order to ‘man our ship and bring her to life’,” read a Thursday statement from the service.

Following the ceremony, the ship is set to transit to its new homeport at Naval Station San Diego, Calif. for a combat systems activation period before joining becoming fully mission capable sometime in 2018.

The 16,000-ton destroyer is the first of a trio in the $22-billion class. Michael Monsoor (DDG-1001) and Lyndon B. Johnson (DDG-1002) are currently under construction at General Dynamics Bath Iron Works Maine shipyard.