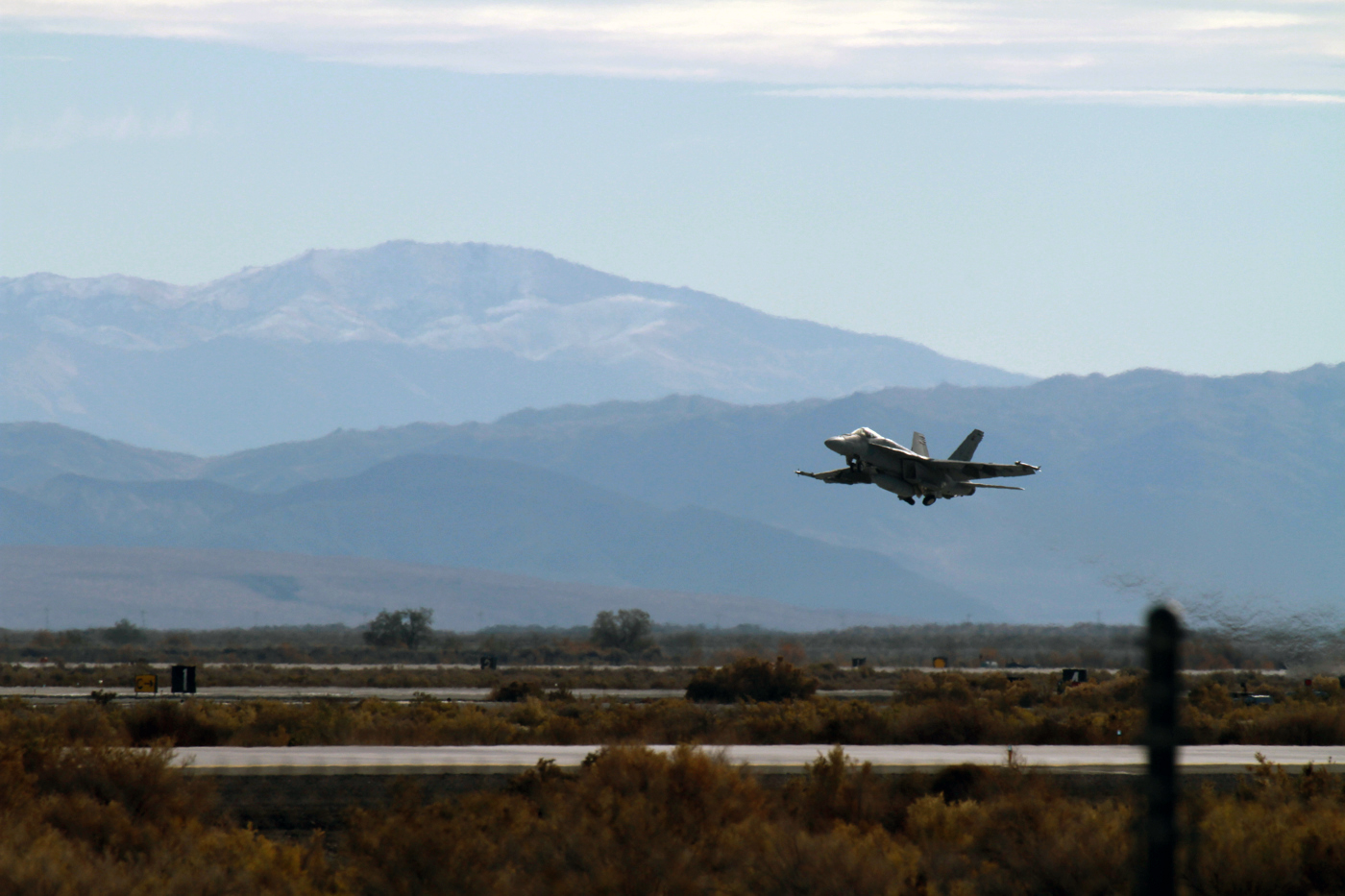 As the fleet evolves with more high-tech tactical aircraft and longer-range strike weapons, the Navy’s air training ranges in the Nevada desert have become too small to accommodate realistic training. So Navy officials want more room to train Navy and Marine Corps pilots and aircrews more like they’d fight and sharpen their air warfare skills at the existing expansive range complex near Naval Air Station Fallon.

The Navy announced in a Sept. 2 notice in the Federal Register that it wants to expand the range complex by renewing “special use” permits that cover 202,859 acres, or about 317 square miles, of the existing Fallon Range Training Complex. Those federal permits will expire in 2021.

Under the proposal, the Navy also seeks the permitted use of another 604,789 acres, or 945 square miles, of public lands that’s managed by the U.S. Bureau of Land Management to use for training. It would push the range complex boundaries with the acquisition of another 65,160 acres, or 102 square miles, of non-federal land that would be permanently added to the Fallon range complex and also add depth to existing designated airspace areas used for training. 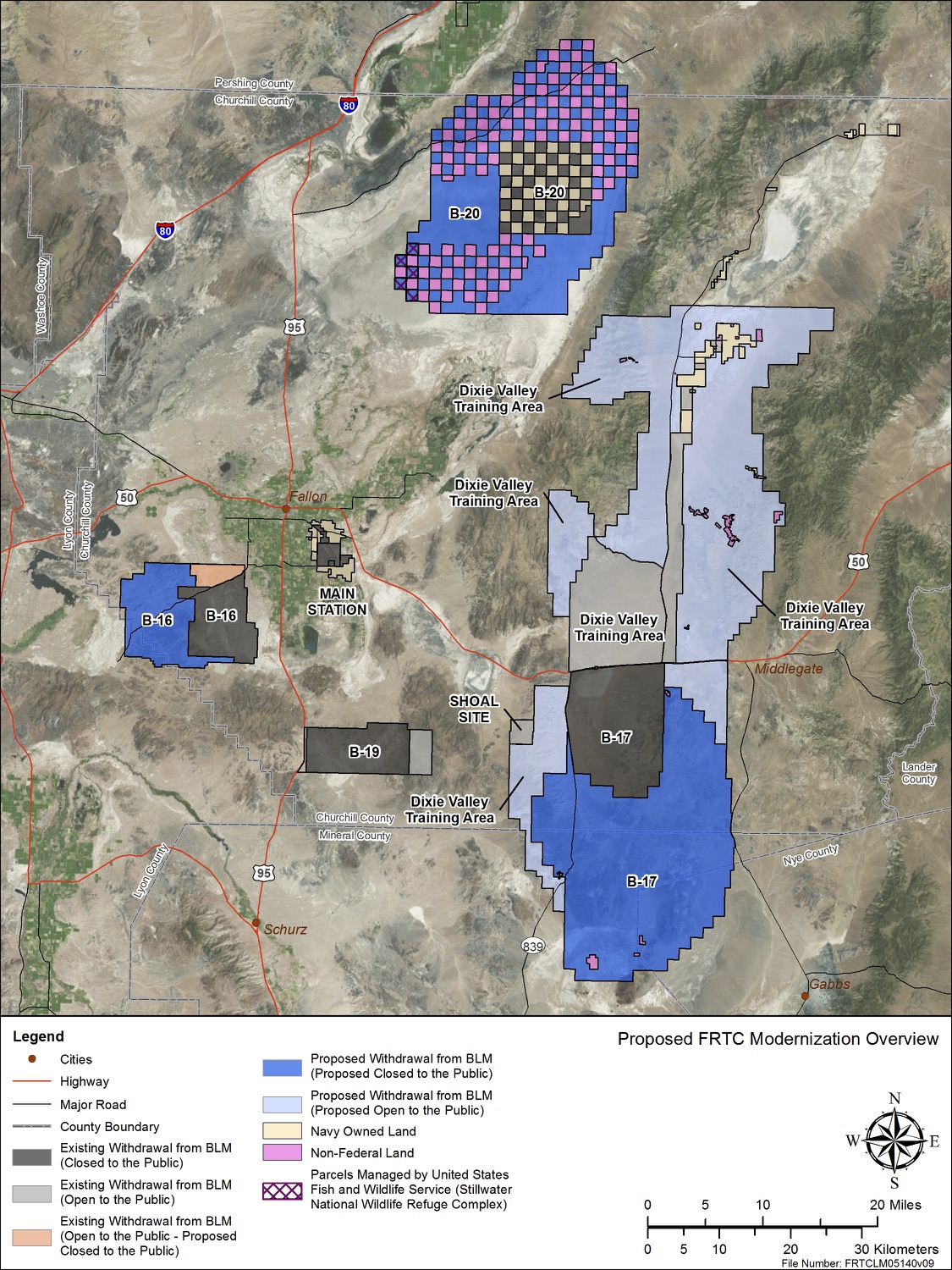 “The Fallon Range Training Complex has remained relatively static, while naval aviation, aircraft capabilities, and weapons have significantly improved,” the Navy states on its website that details the proposed expansion and EIS process. “Today’s technology has outpaced the current capabilities of the Fallon Ranges. The training ranges must be able to support how the Navy fights today so personnel are prepared for the conflicts of tomorrow.”

The complex, in use for 75 years, includes a half-dozen ranges that stretch across mostly public lands in northwest Nevada near Fallon, home to the Naval Aviation Warfighting Development Center and the Strike Fighter Tactics Instructor course, known as TOP GUN. The proposal would update the ranges, which officials say haven’t kept pace with advances in technology for at least a generation.

“The Fallon bombing ranges have not changed substantially in size or configuration since the 1990s, or even earlier. During this same time, technology has significantly improved,” according to the Navy website. “Current training is hindered due to inadequate space. Military personnel are unable to fully and realistically train, compromising their safety and success in combat.” 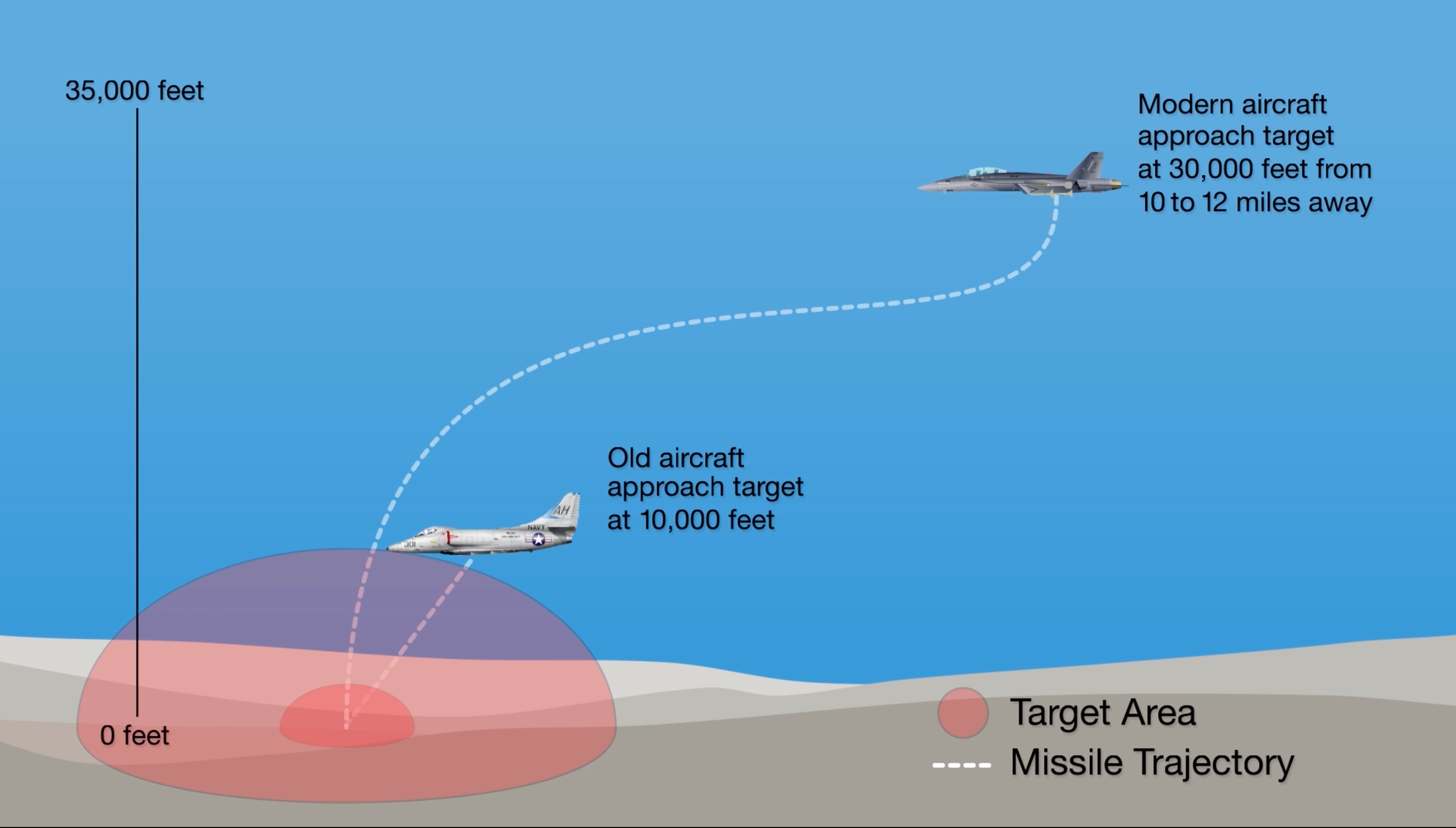 Illustration on how modern aircraft and weapons are limited by the current range sizes, according to the service. US Navy Image

The Navy will do an environmental impact statement (EIS) for the Fallon ranges, a detailed study and assessment of the plan’s potential impacts. It’s required under the National Environmental Policy Act, or NEPA, for major federal actions. A draft EIS report is expected to be completed during the winter of 2018, with completion of the final EIS in late 2019 and official “record of decision” likely in 2020.

Under the proposal, the instrumented ranges’ infrastructure would be updated to accommodate existing, planned and future advanced aircraft and weapons systems. “Modernizing the land ranges would improve both ground and air training by providing a more realistic training environment and acceptable distances and altitudes for the release of weapons. Current training is limited due to inadequate space,” according to the proposal.

The Navy’s plan will require congressional approval and funding to purchase the land. It would convert some public lands, including areas used for mining, grazing and off-road recreation, to military-only use but also would return other public or non-federal lands that are currently off-limits to public use or partial public access.

Navy officials are holding a series of informational meetings in local communities to discuss the plans and start getting public comment. The first meeting, held in Fallon on Monday, drew more than 100 people. Additional meetings are planned on Thursday in Eureka, Nev., and in Hawthorne and Gabbs, Nev., on Friday. The public comment period for the draft EIS ends Nov. 25. 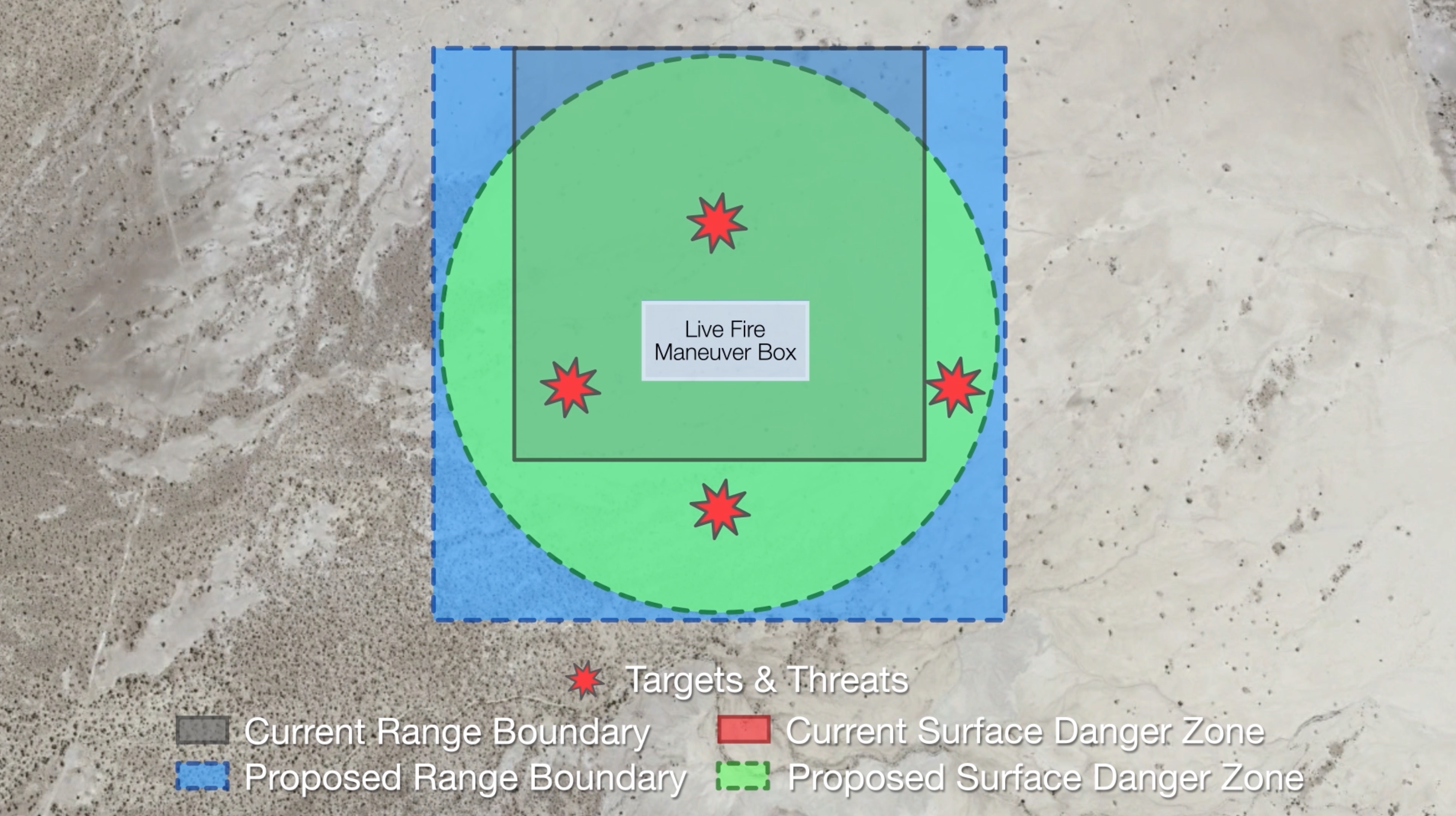 The Navy says an expansion of the Fallon ranges would allow special operations forces to have a more realistic 360 degree training area. US Navy Image

The Navy established Fallon in 1941, and since 1977 it has supported the Fallon range complex that includes 12,256 square nautical miles of airspace, or 16,231 square miles, and about 232,000 acres of Navy-managed land. The ranges include target areas for live and inert ordnance, radio and camera instrumentation and training systems, and electronic warfare training system, according to the Navy.

The ranges support critical training for deploying fixed- and rotary-wing squadrons along with ground units, including entire carrier air wings and squadrons through different levels and phases of training, as well as a tactical ground mobility course for Naval Special Warfare personnel, including Navy SEALs, and with joint terminal attack controllers.

All that expansion couldn’t come soon enough. The Navy expects to see an increase of 16 percent in operational tempo at the Fallon range complex, according to a Feb. 26, 2016, record of decision in a separate EIS completed that looked at Fallon’s Military Readiness Activities.