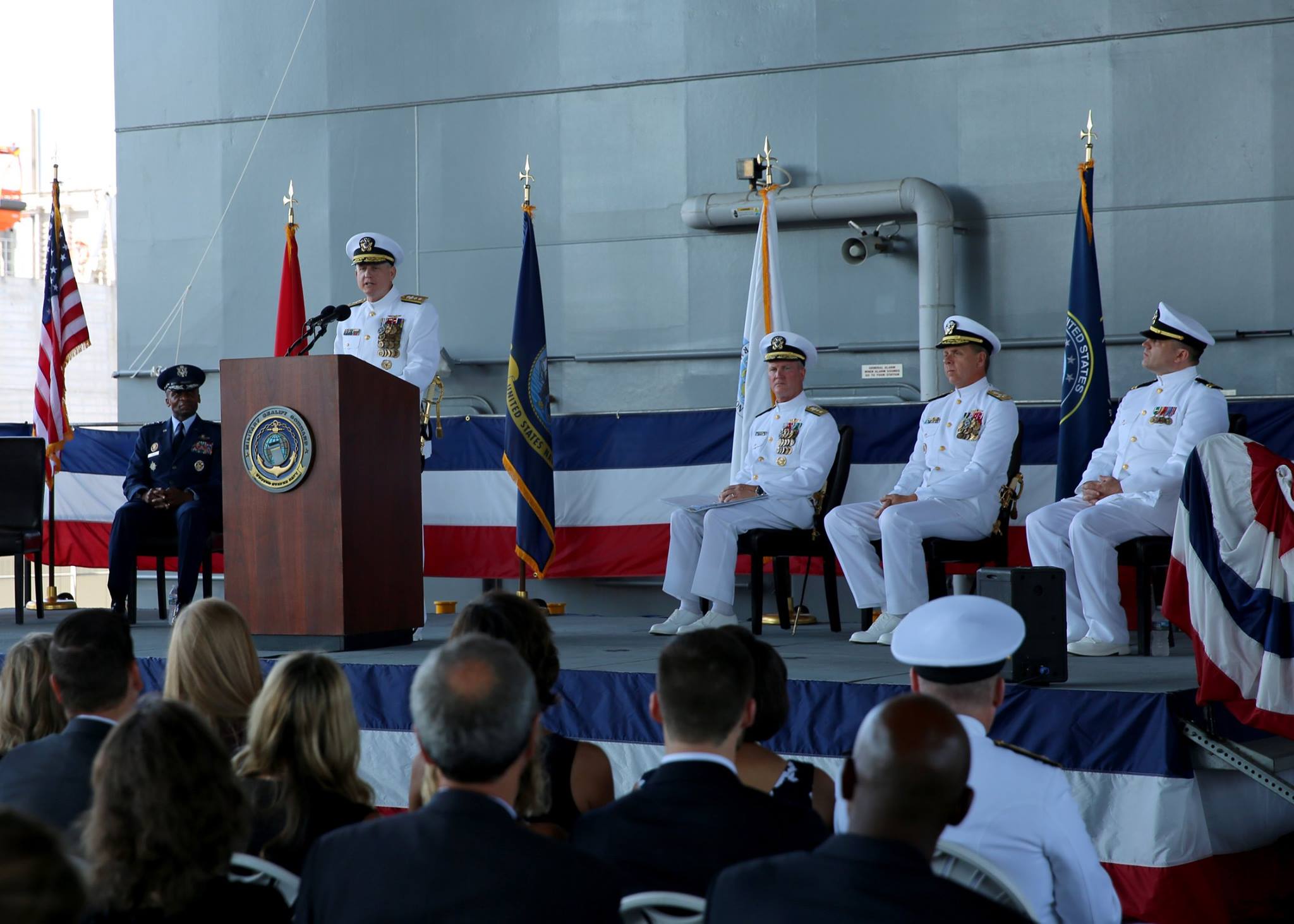 Shannon has served as commander of MSC since May 2013, and during that time he has overseen the construction, fielding and early operations of several new classes of ship, including the Expeditionary Fast Transport (T-EPF), the Expeditionary Transfer Dock (T-ESD) and the first Expeditionary Sea Base (T-ESB) that the ceremony took place on. Those platforms have grown in mission to now serve as multi-mission platforms supporting theater security cooperation, intelligence, Marine Corps and special operations support, and seabasing operations around the globe.

“Serving as the commander of MSC and working with our team of Mariners, Sailors and shore-based civil servants has truly been an honor,” Shannon said at the ceremony, according to an MSC news release.
“I look forward to seeing our talented team of professionals continue to do our nation’s important work providing sealift and maritime transportation.”

Mewbourne, a United States Naval Academy graduate, most recently served as the director of maritime operations for U.S. Fleet Forces Command before taking over MSC.

“Building on the legacy of Adm. Shannon, Military Sealift Command will ensure the Navy is ready to fight and win anywhere in the maritime domain, making America safer for our families today and for future generations,” Mewbourne said.