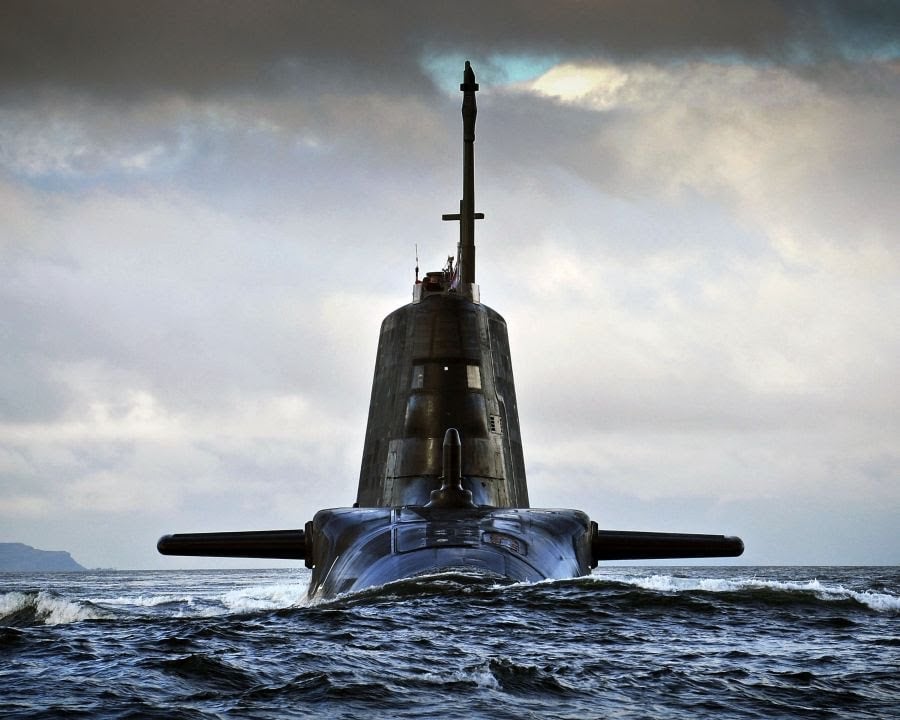 A U.K. Astute-class nuclear attack submarine struck a merchant vessel near Gibraltar on Wednesday at about 1:30 P.M. local time, the Royal Navy said in a statement.

HMS Ambush was submerged when it, “was involved in a glancing collision with a merchant vessel off the coast of Gibraltar,” read the statement.
“We are in contact with the merchant vessel and initial indications are that it has not sustained damage.”

Ambush suffered external damage but the boats nuclear plant was not affected and no sailors were injured.

The 7,400-ton attack boat returned to a British base in Gibraltar for additional examination and an investigation is underway.

From pictures published with the Gibraltar Chronicle, the front of Ambush sail had been crumpled near the top from when the boat was attempting to surface and struck a tanker, according to the paper.

The submarine had been operating from Gibraltar, a contested British territory at the southern tip of Spain, since late June. Nuclear submarine operations from the tiny enclave of 30,000 have met with protests from both residents and Spanish citizens concerned with the boats’ nuclear reactors.

The Royal Navy has suffered other instances of damage with their attack submarines.

In 2015, the sail of Royal Navy Trafalgar-class attack boat HMS Talent was damaged after the submarine struck ice shadowing a Russian Navy ship. In 2010, HMS Astute was grounded off the Isle of Skye shortly after being commissioned.

The following is the complete July 20, 2016 statement from the Royal Navy.

At approximately 1330 local time today, HMS AMBUSH, an Astute-class submarine, while submerged and conducting a training exercise was involved in a glancing collision with a merchant vessel off the coast of Gibraltar.

We are in contact with the merchant vessel and initial indications are that it has not sustained damage.

The submarine suffered some external damage but there is absolutely no damage to her nuclear plant and no member of the ship’s company was injured in the incident.

An immediate investigation is being conducted.

The submarine will be entering Gibraltar later this evening for further checks. There are no safety concerns associated with HMS AMBUSH being alongside.