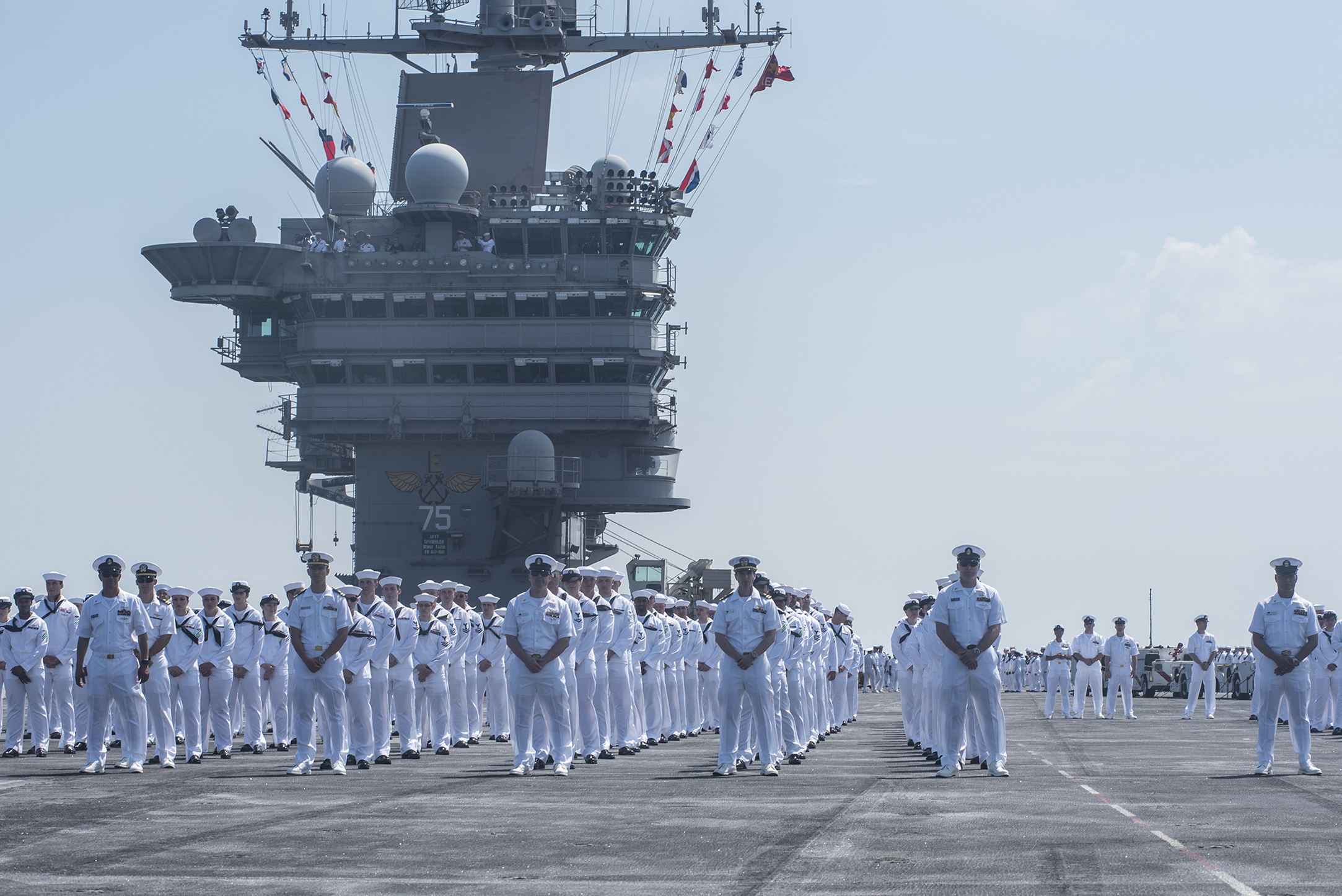 Sailors prepare to man the rails aboard the aircraft carrier USS Harry S. Truman (CVN-75) as it returns to homeport at Naval Station Norfolk, Va. on July 13, 2016. US Navy Photo

“During the coalition fight against ISIL, Truman and embarked Carrier Air Wing 7 completed 2,054 combat sorties, expending 1,598 pieces of precision ordnance–the most carrier-based ordnance throughout OIR–to degrade [ISIS] resources and leadership,” read a statement from the service. 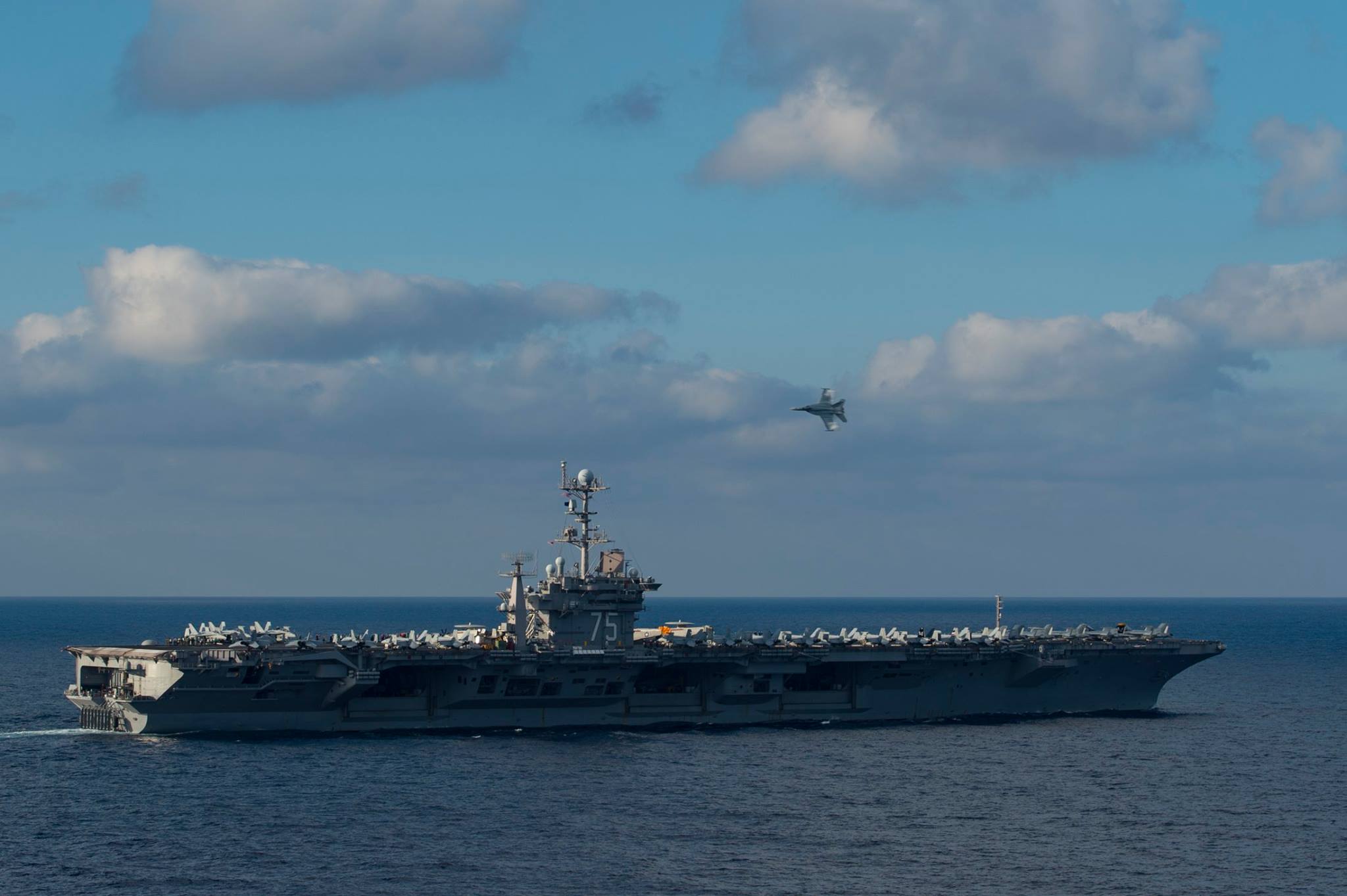 An F/A-18E Super Hornet assigned to the Pukin Dogs of Strike Fighter Squadron (VFA) 143 begins a supersonic flyby over the flight deck of the aircraft carrier USS Harry S. Truman (CVN-75) on Dec. 3, 2015. US Navy Photo

“Throughout [the] deployment, more than 200 days at sea, the crew excelled in every opportunity to deliver direct and positive effects in theater, especially during Operation Inherent Resolve,” said Capt. Ryan B. Scholl, Truman’s commanding officer in a statement from the service.
“I couldn’t be more proud of their performance.”

The CSG left Norfolk in November for a planned seven-moth deployment that was extended by an extra month at the behest of the Secretary of Defense.
“This decision is central to our ongoing effort to dismantle and roll back terrorist networks in Syria, Iraq and elsewhere,” Chief of Naval Operations Adm. John Richardson said in a Navy statement in April endorsing the move.

The Truman CSG deployment was the first of in the planned Optimized Fleet Response Plan that aims to cap carrier deployments at seven months as part of a 36-month deployment and maintenance cycle. While the Navy didn’t meet its seven-month goal the service said it’s still committed to meeting the benchmark.

“Before deviating from our seven-month deployments, we consider each Combatant Commander’s request to ensure the readiness of our naval forces. We will do everything we can to mitigate the impact on our families and execute planned seven-month deployment lengths going forward,” Richardson said at the time.

At the tail end of the deployment, the Truman CSG conducted two and a half weeks of operations from the Eastern Mediterranean with the Eisenhower CSG – the first time two U.S. carriers operated in the region in years.