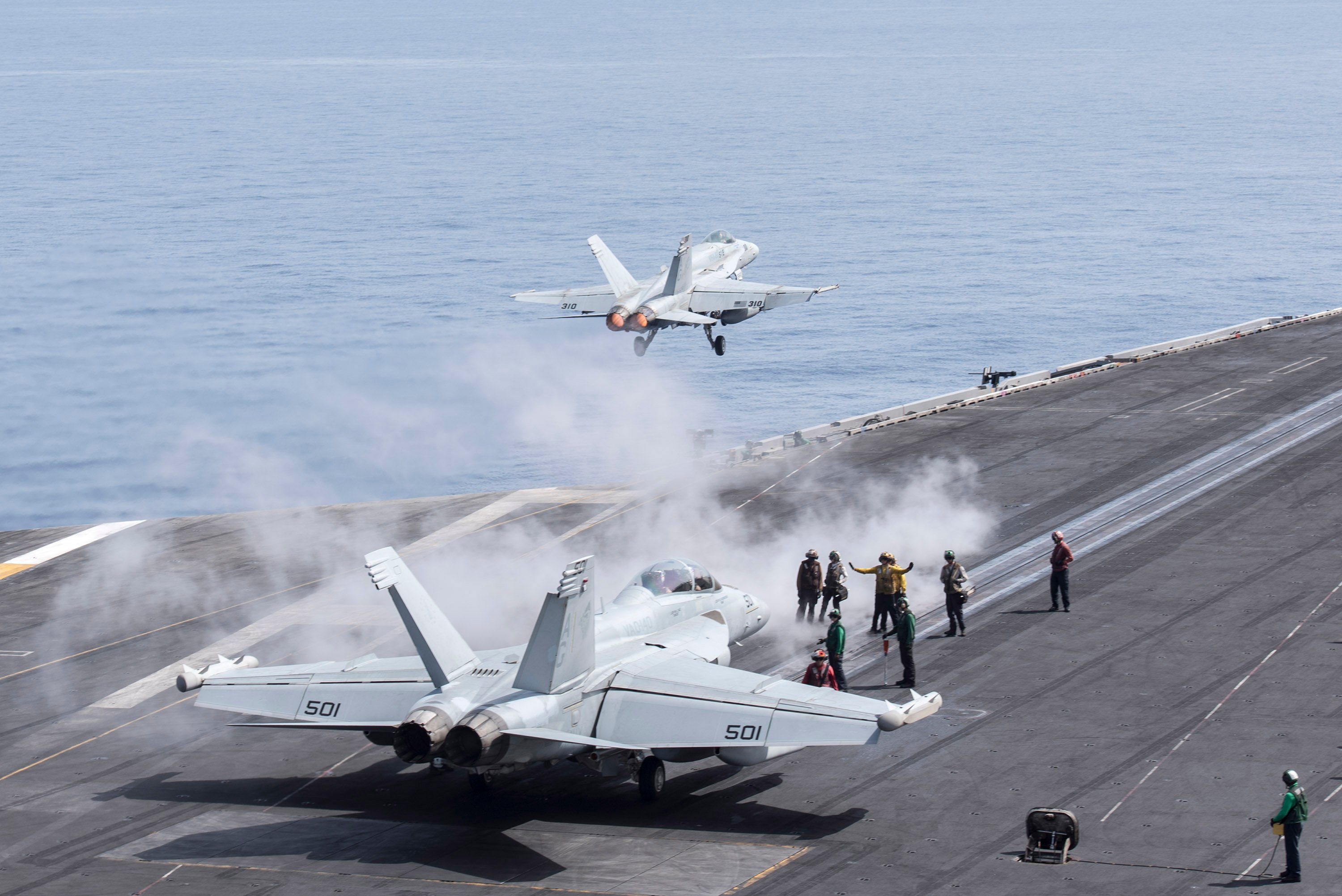 The belief that the United States is the “indispensable nation” in global affairs is a perception shared by both elites and the American public, but the reality of what happens when and after the U.S. military takes action should be cause to consider other options, including restraint over intervention, a panel concluded.

At a day-long series of panels and addresses at the Cato Institute, a libertarian think tank in Washington, D.C., experts looked at two strands of American foreign policy and strategy – one idealistic and the other realistic – and saw good reasons for caution over automatic action.

“We’re flat out of magic wands,” Jacqueline Hazelton, an assistant professor of strategy and policy at the Naval War College, said in discussing three papers presented at the conference. A debate over action comes down to “how much risk [the authors and political leaders] are willing to accept and why,” and “what wars to fight and what wars not to fight.”

Developing a grand strategy, versus an “activist City on the Hill” approach, means prioritizing interest and threats. For example, she mentioned how Great Britain handled the long-running wars with France through the 18th and into the 19th century: Whitehall and Parliament made choices and set priorities. For Great Britain, it was: “Keep the fleet, keep the fleet strong and rent armies” to fight the ground war, she explained.

However, she questioned to what degree American policy makers would be able to take that same long view.

One consideration when developing a grand strategy, she said, are the economic and budgetary implications.

During the event, John Mueller, who teaches security studies at Ohio State University, called for “a massive reduction in defense spending” and a reduction in the size of the force.

“We now have lived without a major war since 1945 … and that [state] likely will continue to exist,” he said.

He cited what happened to President Vladimir Putin’s Russia “for his escapade in Ukraine” as a reason to believe that – as punishment, Moscow endured falling currency values, capital flight and a long-term loss of confidence in foreign investors without any direct military intervention on the part of the United States, NATO or members of the European Union.

Mueller said even if Russia were to move militarily against the Baltic States, or China invaded Taiwan, he did not see those acts leading to World War III. Economic sanctions and aiding rebellions remained options that could affect the invasions’ outcomes in the long-term.

He noted that limited interventions and policing to re-establish order could be effective, as it was in Grenada, Panama, Bosnia, East Timor and Liberia. “You don’t need a large number of forces to do it.”

But Hazleton, the Naval War College professor, countered by asking about the economic impact of such a rapid disarmament domestically. And she questioned the modern economy’s ability to ramp up quickly for a future war – the way it did in World War II by concentrating its political, economic and industrial power to fight and defeat Germany, Italy and Japan – if spending were dramatically cut today and the defense industrial base shrank. 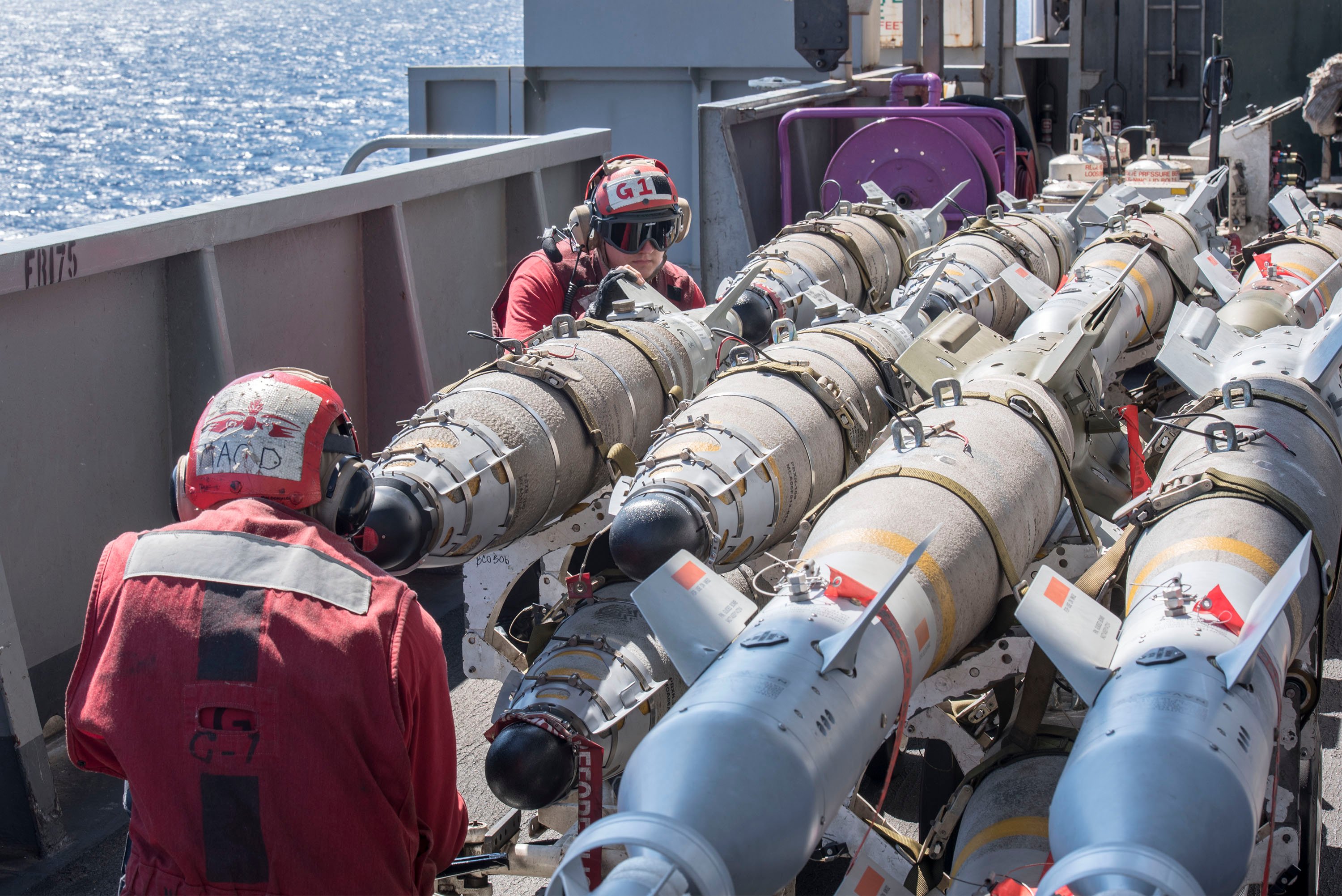 Cato research fellow Emma Ashford also called for a reduction in America’s military footprint in the Middle East, noting that the U.S. commitment in the region “since the end of the Cold War has been constant and large.” She said the United States has been bombing in Iraq since 1991, and even with the large troops cuts in that country and Afghanistan, 12,000 American service members remain – not including forces being added for the fight against the Islamic State.

All this American military presence and operations has led “to a steady decline in U.S. favorability” ratings in polls, even in allied countries such as Turkey and partner nations such as Egypt. The Iraq war “upset the regional balance of power” and “pulled [Baghdad] closer to Iran.” It also led to the rise of the Islamic State. She said the Islamic State “has two parents — the Syrian civil war, not our fault, [and] the U.S. intervention in Iraq, is.”

Ashford called for a footprint that “looks much more like the Cold War … remove most air and naval forces.” The United States needs to realize that it “is going to have to learn to work with other countries” in the region and outside it who have interests there, including Russia and China.

Benjamin Friedman, also a research fellow at Cato, argued that it would take a drastic change in how cost is viewed to change the U.S. foreign policy calculus.

“The current wars are paid for by borrowing,” he said, and defense spending sits around 4 percent of gross domestic product – compared to 13.2 percent during the Korean War. In human terms, the cost of war in casualties is only being felt by the all-volunteer force, not necessarily the American people as a whole.

What could force political leaders to make different choices on foreign policy is the rising costs of health care, pensions and other entitlements, which have significantly increased Defense Department personnel costs over the last decade or so. That, coupled with budget caps, could change how lawmakers choose to employ the military. Another factor that could limit future intervention would be a re-introduction of the draft – spreading the risk to a larger segment of the population – but he said there is no drive in the administration or on Capitol Hill to return to conscription.