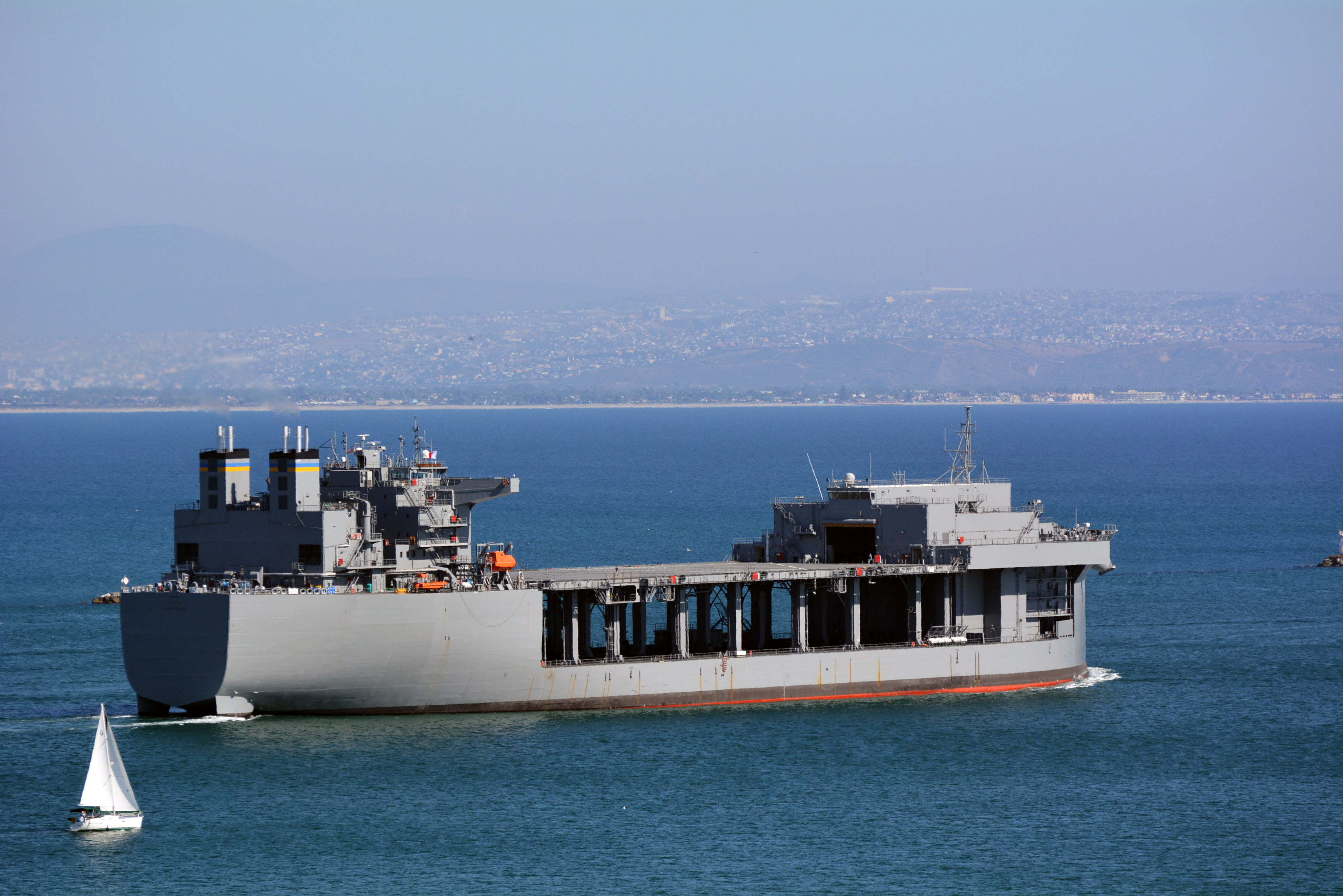 General Dynamics NASSCO has been awarded a $106.2 million long lead contract for Navy’s third Expeditionary Mobile Base (ESB) – formerly known as the Afloat Forward Staging Base – according to a Pentagon contract announcement.

The ship will be the fifth Military Sealift Command ship based on an Alaska-class crude oil tanker design and the third of three planned ESBs. The 734-foot long ship will follow the first ESB — USNS Lewis B. Puller (T-ESB-3) – that delivered to the service last year and is currently undergoing testing at Naval Station Norfolk, Va. The second ESB began construction at NASSCO’s San Diego, Calif. yard began in October.

The ships are designed to operate as a sea base for mine countermeasure and special operations platforms. Currently the U.S. Navy is using the former amphibious warship USS Ponce (AFSB(I)15) as an afloat forward staging base in U.S. 5th Fleet for the lat several years.

The new ESB platform will feature be able to handle larger aircraft and have more capability than the smaller Ponce and has piqued the interest of U.S. combatant commands.

“The demand for that right now is so high, CENTCOM has got their hooks in this one (Puller) but both the [U.S. European Command] and [U.S. Africa Command] commander are asking for that ship, and if not that, they’re getting their bids in early to get the next one committed to them,” Director of Expeditionary Warfare Maj. Gen. Chris Owens told USNI News in November.
“They know they can employ it nearly full time.”

The following is the May 31, 2016 Pentagon contract announcement.

General Dynamics National Steel and Shipbuilding Co., San Diego, California, is being awarded a $106,167,876 undefinitized contract action on a not-to-exceed basis for the procurement of long lead time material and engineering support for the Expeditionary Mobile Base 5 (formerly Mobile Landing Platform Afloat Forward Staging Base). This action allows the procurement of ship sets of the purchase specifications supporting integrated propulsion, main diesel generator engines, propeller and shafting, integrated bridge electronics, centrifugal pumps, fuel and lube oil purifiers and steering gear components. Work will be performed in, Pittsburgh, Pennsylvania (30.15 percent); Beloit, Wisconsin (27.45 percent); San Diego, California (10.26 percent); Santa Fe Springs, California (9.90 percent); Chesapeake, Virginia (7.00 percent); Izmir, Turkey (4.36 percent); Hamburg, Germany (3.23 percent); Houma, Louisiana (3.08 percent); Buffalo, New York (2.49 percent); Bremen, Germany (1.72 percent); and Monza, Italy (0.36 percent), and is expected to be completed by March 2017. Fiscal 2016 shipbuilding and conversion (Navy) funding in the amount of $70,850,907 will be obligated at time of award. Contract funds will not expire at the end of the current fiscal year. This contract was not competitively procured in accordance with U.S. Code 2304(c)(1) – only one responsible source and no other supplies or services will satisfy agency requirements. The Naval Sea Systems Command, Washington District of Columbia, is the contracting activity (N00024-16-C-2227).