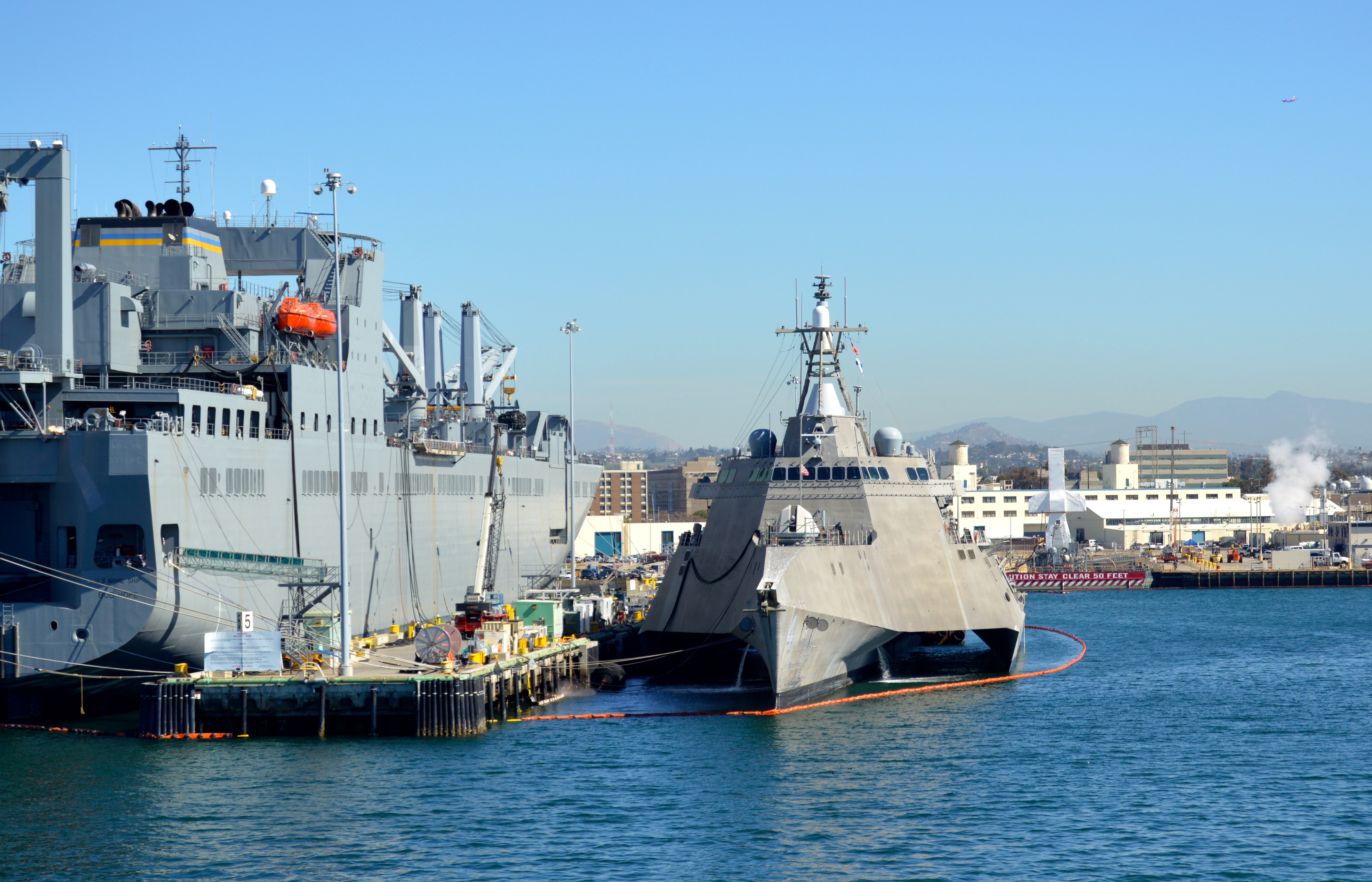 USS Coronado, the second Independence-variant Littoral Combat Ship in the fleet, sits at a pier at Naval Base San Diego in February 2016. USNI News photo.

The Navy’s Board of Inspection and Survey (INSURV) will conduct acceptance trials this spring, and the ship is expected to deliver by this fall, the statement said.

The LCS fleet is growing quickly, with the future Detroit (LCS-7) set for delivery in mid-September, just ahead of Montgomery, and then the future Little Rock (LCS-9) and Gabrielle Giffords (LCS-10) following closely behind. 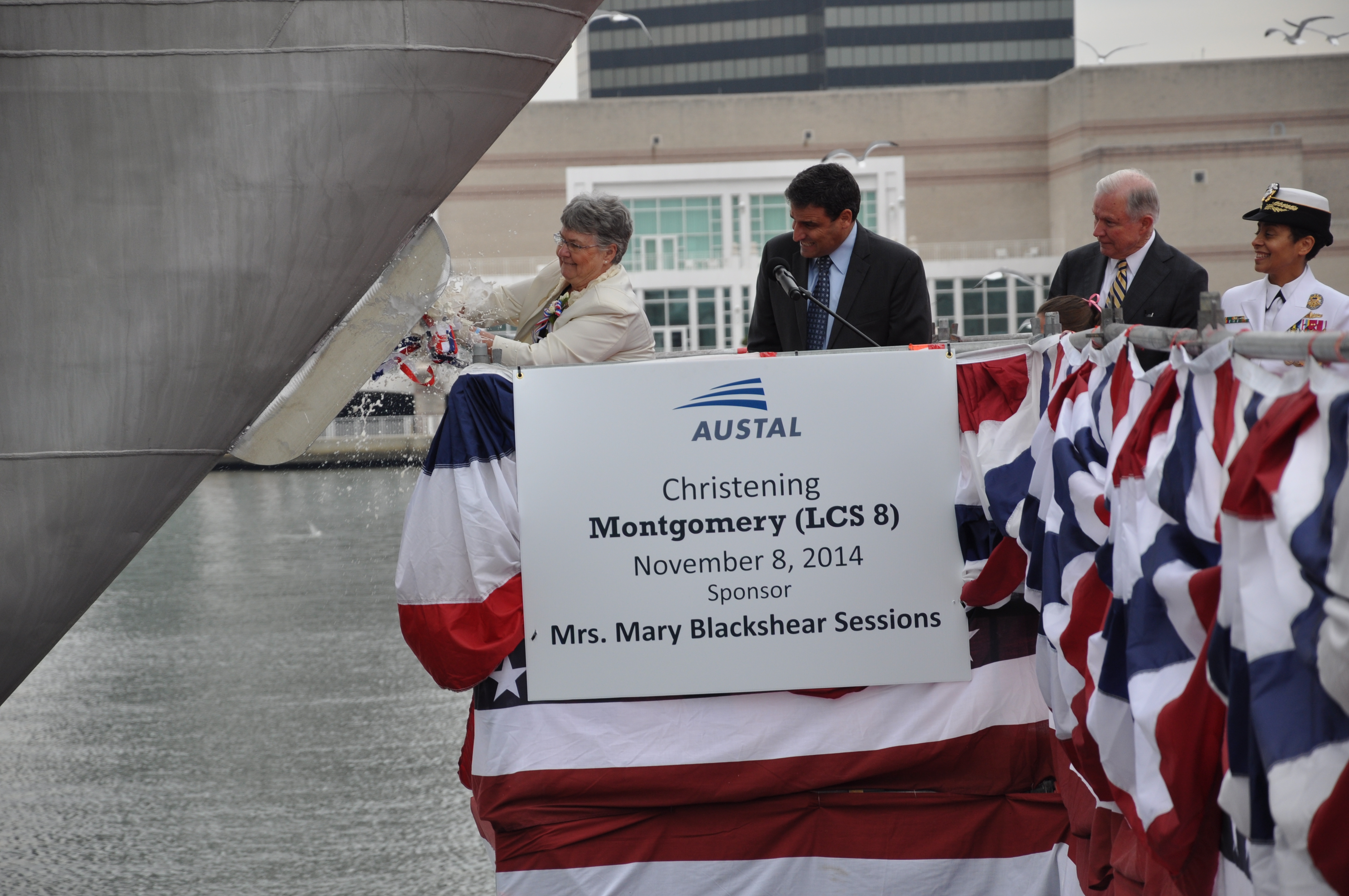 The following is the full text of the Navy’s statement on Montgomery builders trials:

The builder, Austal USA, will perform any remaining corrective actions required of the ship in preparation for acceptance trials, to be conducted by the Navy’s Board of Inspection and Survey (INSURV) later this spring.

“Montgomery was put through her paces and performed well,” said LCS program manager Capt. Tom Anderson. “I look forward to presenting her to INSURV, and also to getting her sister ship, LCS 10, to sea in the near future.”

In early March, Austal USA’s test and trials team successfully conducted phase one of Montgomery’s builder’s trials. Phase one trials included testing. Montgomery is expected to be delivered to the Navy later this fiscal year.

LCS is a modular, reconfigurable ship, with three types of mission packages including surface warfare, mine countermeasures, and anti-submarine warfare. The Program Executive Office Littoral Combat Ships (PEO LCS) is responsible for delivering and sustaining littoral mission capabilities to the fleet. Delivering high-quality warfighting assets while balancing affordability and capability is key to supporting the nation’s maritime strategy.