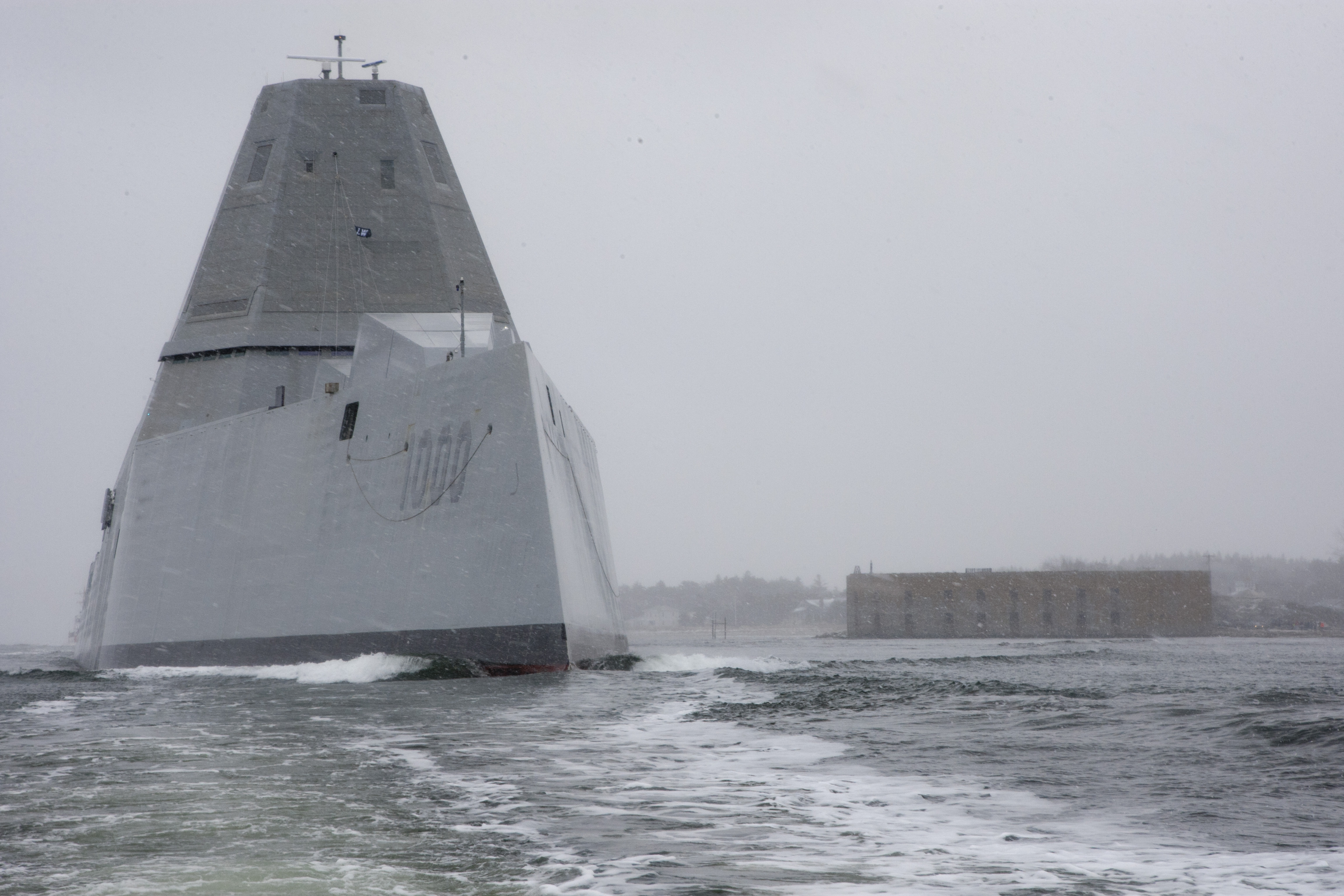 The guided missile destroyer Zumwalt (DDG-1000) left the General Dynamics Bath Iron Works shipyard for its acceptance trials ahead of delivery to the U.S. Navy, the service announced on Wednesday.

This morning, the 16,000-ton warship transited down the Kennebec River to the Atlantic Ocean for the Navy’s Board of Inspection and Survey (INSURV) evaluation before the ship’s anticipated delivery to the service in May.

“While underway, many of the ship’s key systems and technologies including navigation, propulsion readiness, auxiliary systems, habitability, fire protection and damage control capabilities will be demonstrated to ensure they meet the Navy’s requirements,” read a statement from Naval Sea Systems Command (NAVSEA).

In March, Bath took the ship out on four days of builder’s trials to test the ship’s hull, mechanical and electrical (HM&E) systems.

During the four days of builders trials, “representatives from BIW, PCU Zumwalt, the Navy’s Program Office, SUPSHIP Bath and various technical subject matter experts, including Raytheon personnel, tested several ship systems including key propulsion and auxiliary systems as well as boat operations,” read a March statement provided to USNI News by the service.
The acceptance trails will only focus on Zumwalt’s HM&E system that are based on a first-in-concept Integrated Power System. The IPS combines the output of two Rolls Royce MT-30 gas turbine engines, along with diesel generators, to power a ship wide electrical grid. Instead of a direct mechanical connection to the ships props, the IPS powers large electrical induction motors that propel the ship through the water.

The complexity of constructing and testing the IPS is the primary cause for the schedule of the ship to slip several months from its original anticipated delivery date.

Following delivery, Zumwalt will transit to San Diego, Calif. where it will be outfitted with the remainder of its combat system – in part – to free up space at Bath for the construction of the two follow-on ships Michael Monsoor (DDG-1001) and Lyndon B. Johnson (DDG-1002) and Arleigh Burke-class (DDG-51) guided missile destroyers.