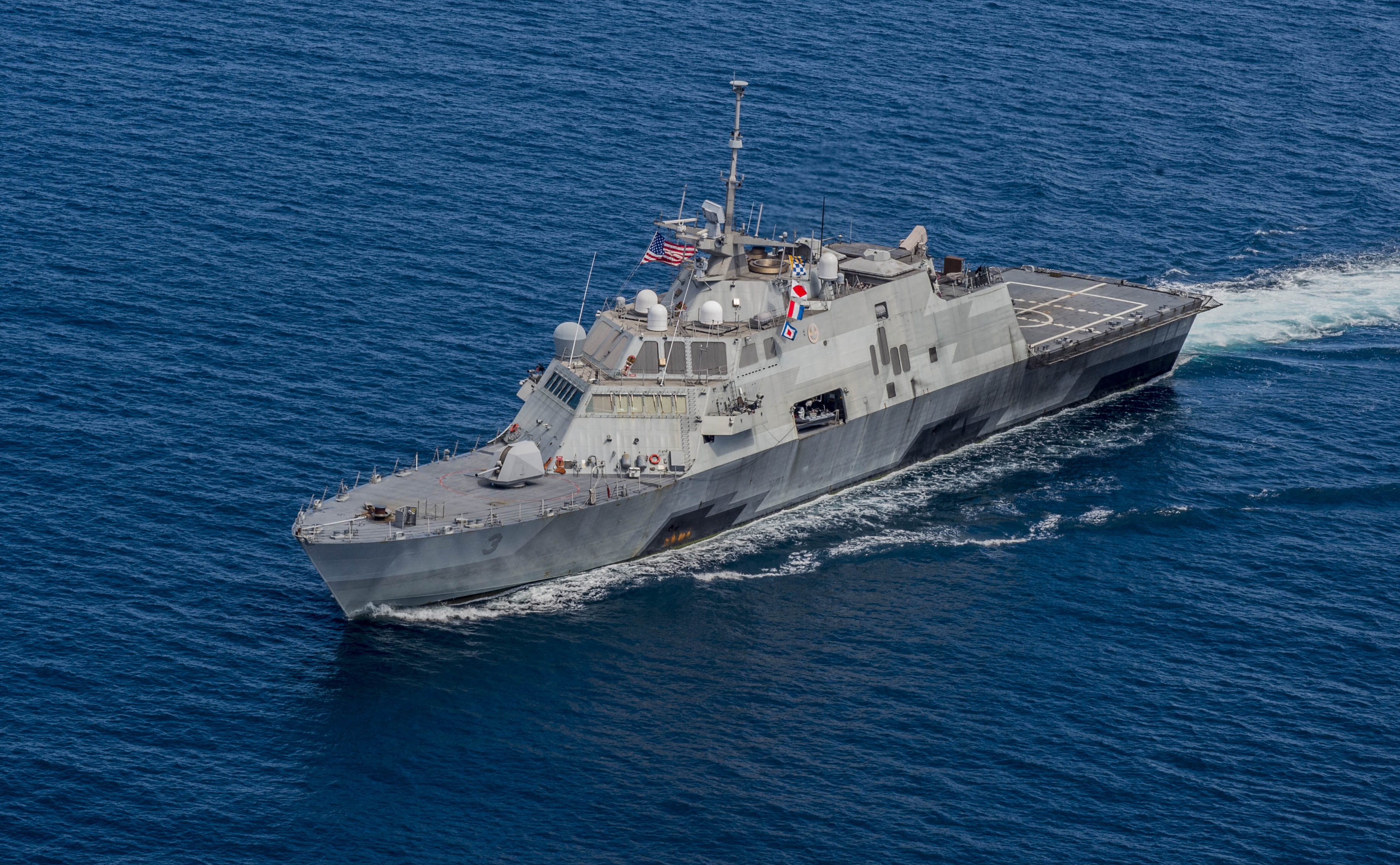 The Littoral Combat Ship USS Forth Worth (LCS-3) will return to San Diego to undergo repairs on the complex gearing system that was damaged earlier this year, Navy officials told USNI News on Wednesday.

Fort Worth will proceed to San Diego under its own power, using the ship’s Rolls Royce MT 30 gas turbines later this summer, according to a statement from U.S. Pacific Fleet to USNI News on Wednesday.

“The Pacific Ocean transit to homeport in San Diego is expected to take about six weeks with several underway replenishments and planned fueling stops along the way.”

The ship was sidelined earlier this year in Singapore following a Jan. 12 engineering incident in which the ship’s combining gear – the complex mechanism that combines the output of the gas turbines with the ship’s diesel engines – was severely damaged during an in port test of its port and starboard diesel engines.
Early assessments from the investigation determined operator error by the crew was the primary reason for the damage to the combining gear.

Late last month the commander of the LCS crew responsible for Fort Worth – Cmdr. Michael L. Atwell – was relieved of command as a direct result of the Jan. 12 incident.

While the ship was sidelined, the Navy debated internally where to ultimately repair the ship – San Diego, Japan or pier-side at the Changi Naval Base.

“The decision to complete full repair of Fort Worth’s combining gears in San Diego was based on several factors, including maintenance timelines, efficiency of repairs, and shipyard capabilities,” read the statement provided to USNI News.
“Repairs will be conducted during Fort Worth’s previously scheduled selected restricted availability with docking maintenance period, reducing the overall cost to the Navy.”

Fort Worth’s casualty abruptly ended what was largely considered to be a successful deployment for the LCS program. Until January, the ship had preformed much better with more days underway than USS Freedom’s (LCS-1) initial deployment to the region.