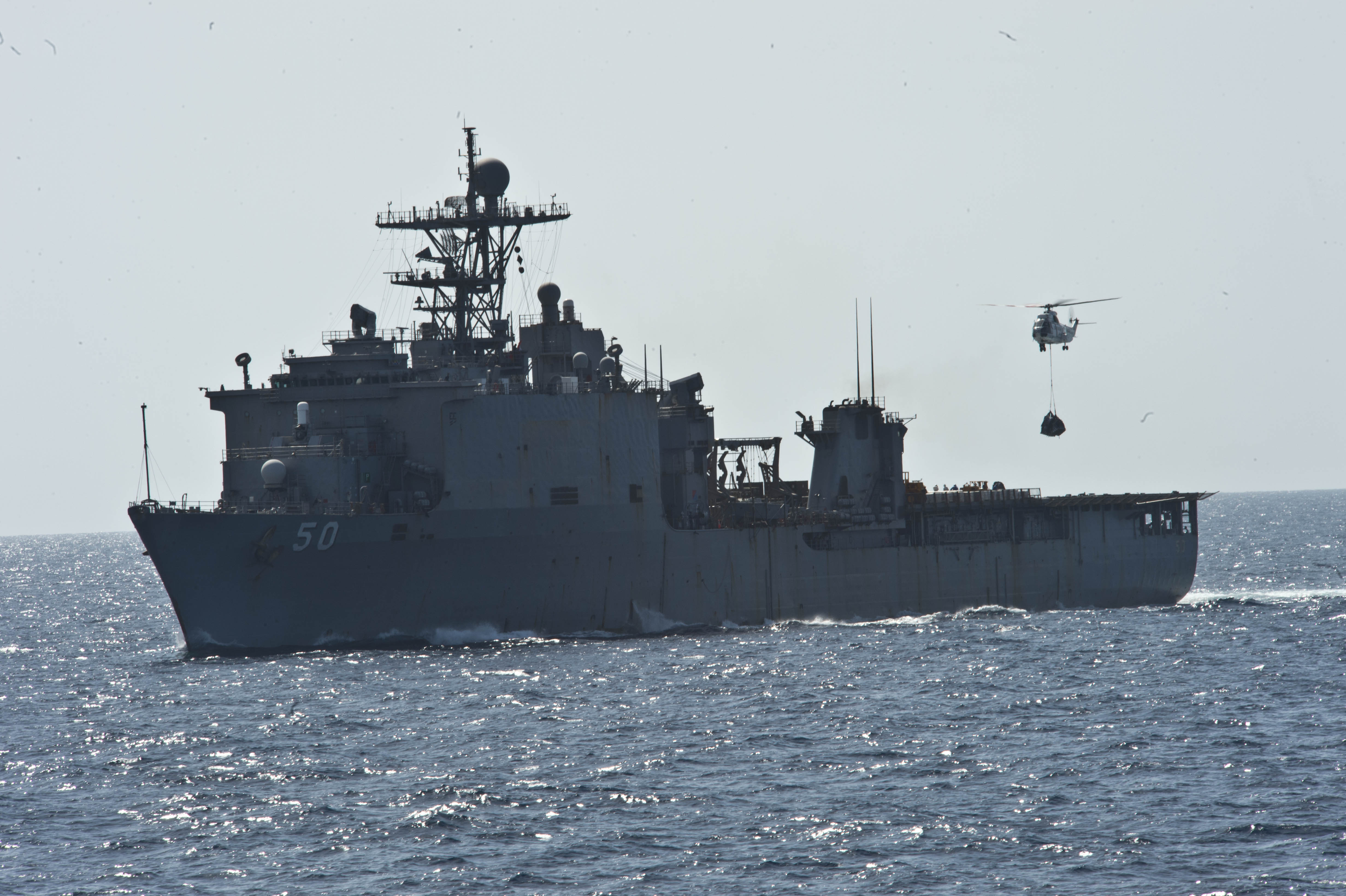 USS Carter Hall (LSD-50) during a replenishment-at-sea with the Military Sealift Command dry cargo and ammunition ship in 2013. US Navy Photo

The Navy and Coast Guard suspended their search for a sailor who went missing from the amphibious dock landing ship USS Carter Hall (LSD-50) three days ago, the Navy announced this evening.The sailor, reportedly a female third-class petty officer, went missing April 9 while the ship was supporting the Dwight D. Eisenhower Carrier Strike Group Composite Training Unit Exercise (COMPTUEX) about 60 nautical miles off the coast of Cape Hatteras, N.C. When the sailor was reported missing around 4:20 p.m., Carter Hall immediately began a search and rescue operation and was joined by eight other ships and Navy and Coast Guard aircraft.

The ships and aircraft spent 72 hours searching an area more than 22,388 square nautical miles, or about the size of South Carolina.

“It is with a deep sense of sadness that we suspend the search for our fellow shipmate,” Rear Adm. Bruce Lindsey, commander of Carrier Strike Group Four, who led the search efforts. “Our sincere condolences are with the Sailor’s family, who have requested privacy following their tragic loss.”

The Navy has not yet identified the sailor or released any further information about the circumstances about the disappearance. An investigation is ongoing.