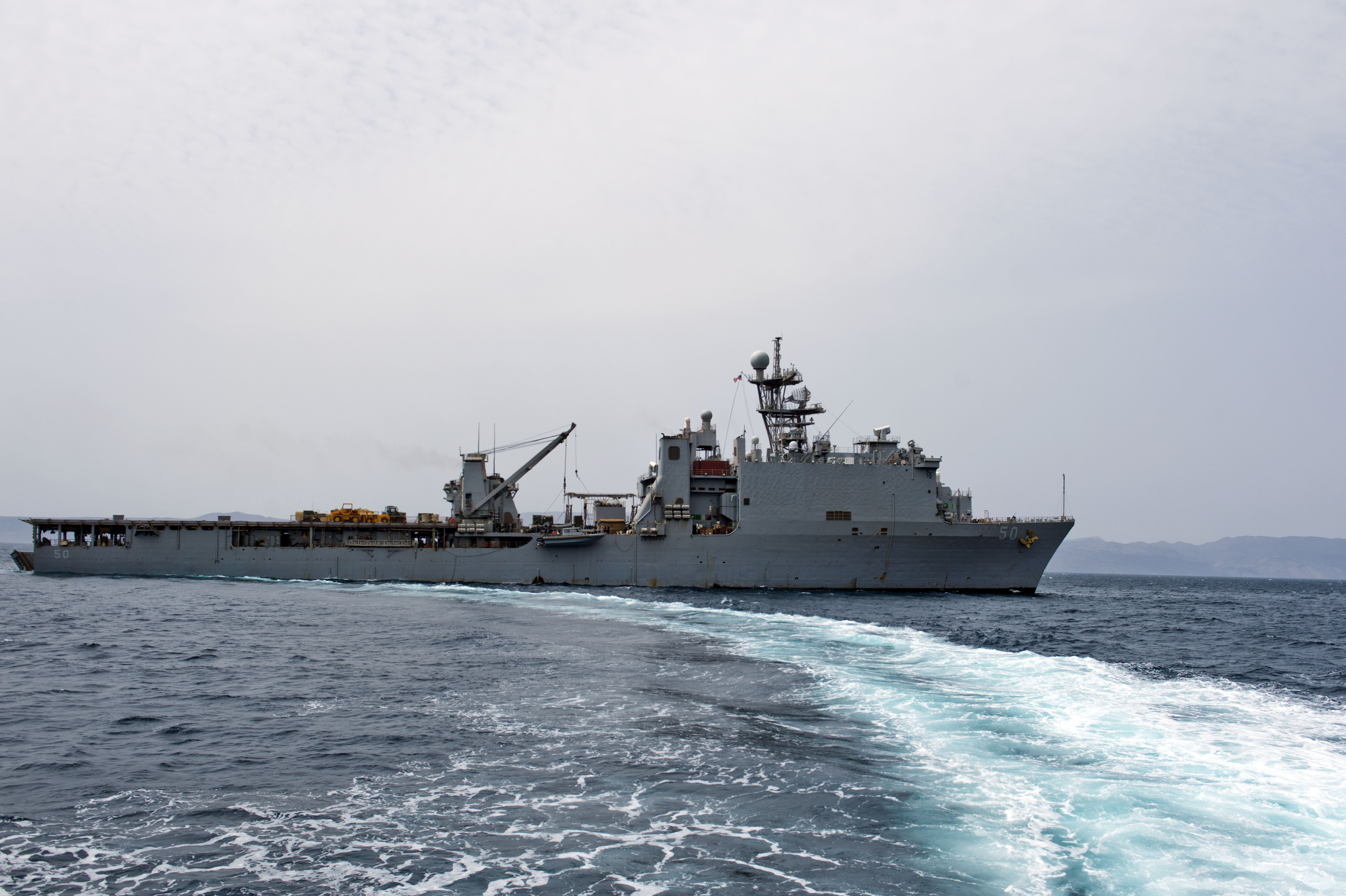 After the sailor was reported missing around 4:20 p.m. on April 9, Carter Hall – which was supporting a pre-deployment Composite Training Unit Exercise (COMPTUEX) for the Eisenhower Carrier Strike Group – and other ships in the area immediately began a search and rescue effort. Other ships sailed in from as far as 100 miles away to contribute to the search, which spans more than 4,500 square miles near the North Carolina coast, Lt. Michael Hatfield, a spokesman with the Navy’s Expeditionary Strike Group 2, told USNI News on Monday.

Hatfield said the ships and aircraft have not yet found the missing sailor. He could not provide biographical information about the missing sailor, though Navy Times, which first reported the story, identified the sailor as a female third-class petty officer.

The Eisenhower CSG COMPTUEX is paused indefinitely to continue the search and rescue operation. Hatfield said pre-deployment training schedules always include extra time for emergencies and that the deployment schedule would not be affected by this effort.

Hatfield said the Navy would continue to work closely with the Coast Guard, which has a sophisticated system to monitor weather and water conditions and understand how those factors may influence search and rescue efforts.

“Although we haven’t recovered the sailor yet, we are very proud of all the efforts and the countless hours that have been dedicated to trying to locate our shipmate,” Hatfield said.