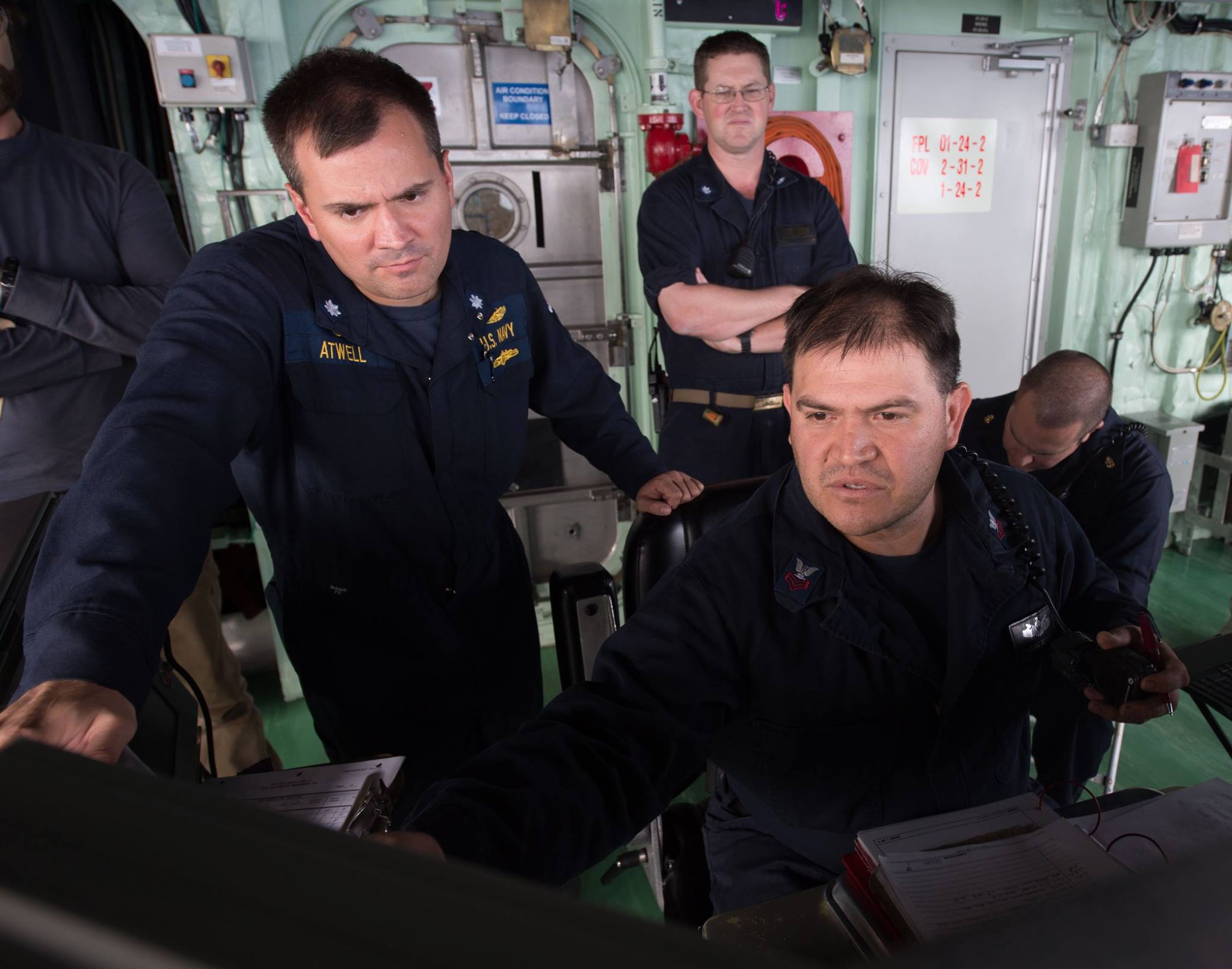 The current commander of USS Fort Worth (LCS-3) was relived following early results of an ongoing investigation into a propulsion casualty that cut short the operational deployment of the Littoral Combat Ship to Singapore, Navy officials told USNI News on Monday.

Cmdr. Michael L. Atwell, formerly the commanding officer of LCS Crew 101, was relieved of his position on Monday as a direct result of the investigation following the Jan. 12 propulsion casualty that has left the ship sidelined in Singapore.

While the investigation, initiated by the Singapore-based Task Force 73, is ongoing there was enough information to relieve Atwell, Lt. Clint Ramsden, a Pacific Fleet spokesman told USNI News on Monday.

Atwell’s, “failure to maintain procedural compliance in execution of the maintenance operation was sufficient reason to call into question his ability to lead the ship’s crew,” Ramsden said.

The incident damaged the complex gearing mechanism that linked the ship’s gas turbines and ship’s diesel engines and now the Navy is currently weighing options to repair the ship either in Asia or back in the U.S. – likely San Diego, Calif.

Atwell, a career surface warfare officer with time on frigates, carriers and destroyers, was previously the executive officer of LCS Crew 101 before fleeting up to lead the ship, according to a Navy biography.

LCS crews operate under a 3-2-1 manning construct in which three crews support two ships, one of which is always forward. LCS Crew 101 had taken control of the ship in November.

Following Atwell’s removal he was assigned to LCS Squadron 1 in San Diego.

“Cmdr. Lex Walker, deputy commodore, Destroyer Squadron 7, will assume temporary duties as commanding officer until a permanent relief is assigned,” the service said in a statement.

USS Fort Worth (LCS 3) transits the South China Sea in July 2015 during a 16-month rotational deployment in support of the Indo-Asia-Pacific rebalance. US Navy photo.

The investigation into the Jan. 12 incident is ongoing and currently pending review with Commander, Naval Surface Forces.

“Based on initial indications, the casualty occurred due to an apparent failure to follow procedures during an operational test of the port and starboard main propulsion diesel engines,” Lt. Cmdr. Matt Knight, a spokesman with U.S. Pacific Fleet, told USNI News in January.

The following is the complete March 28, 2016 statement on the relief of Cmdr. Michael L. Atwell from command of LCS Crew 101.

The loss of confidence followed an investigation into the facts and circumstances surrounding an engineering casualty that occurred Jan. 12 in Singapore. While the investigation is still under review by leadership, sufficient findings of facts emerged during the investigation to warrant the relief of the commanding officer. Atwell has been temporarily re-assigned to Littoral Combat Ship Squadron 1 in San Diego.

Fort Worth is a littoral combat ship rotationally deployed to the 7th Fleet area of responsibility since November 2014, and is homeported in San Diego.

No decision has been made yet on the options for follow-on repairs to Fort Worth related to the Jan. 12 engineering casualty. As Fort Worth demonstrated through continuous operations in 2015, littoral combat ships provide an important capability in the Indo-Asia-Pacific region and planning continues for future LCS deployments.