Chief of Naval Operations Adm. John Richardson is awaiting the findings of a U.S. 5th Fleet investigation into the boarding and seizure of two Navy riverine command boats in January, but he told senators this week ahead of the investigation’s conclusion that Iran’s actions violated international law.

The results of the investigation are currently with leadership at U.S. 5th Fleet and ultimately will be reviewed by Chief of Naval Operations Adm. John Richardson, a Navy official told USNI News on Wednesday.

The service elected Richardson to be the final arbiter of the investigation because the majority of the issues that led to the 10 sailors being held by the Iranians had to do with manning, training and equipping issues rather than operational problems, the official said.

Press reports have said one of the RCBs had suffered mechanical issues and that the crews had worked late into the night before the incident cannibalizing parts from a third boat. The crews had never made the transit from Kuwait to Bahrain before and suffered problems with their navigation gear while underway.

What remains unclear, and will likely be revealed in the final report, is the rules of engagement the crews were operating under when they were approached by Iranian Revolutionary Guard Corps Navy boats. Several experts have said that the IRGCN violated international law by boarding and seizing the ships and that there are typically protocols for the crew to follow if they’re approached by those seeking to board. It is still unknown if those rules were clearly established and communicated to the crews.

During a Senate Armed Services Committee hearing Tuesday, Richardson said that “there is always the inherent right to self defense in our rules of engagement. The specific ROE and what exactly unfolded as that happened will be part of the detailed investigation when that’s complete.” 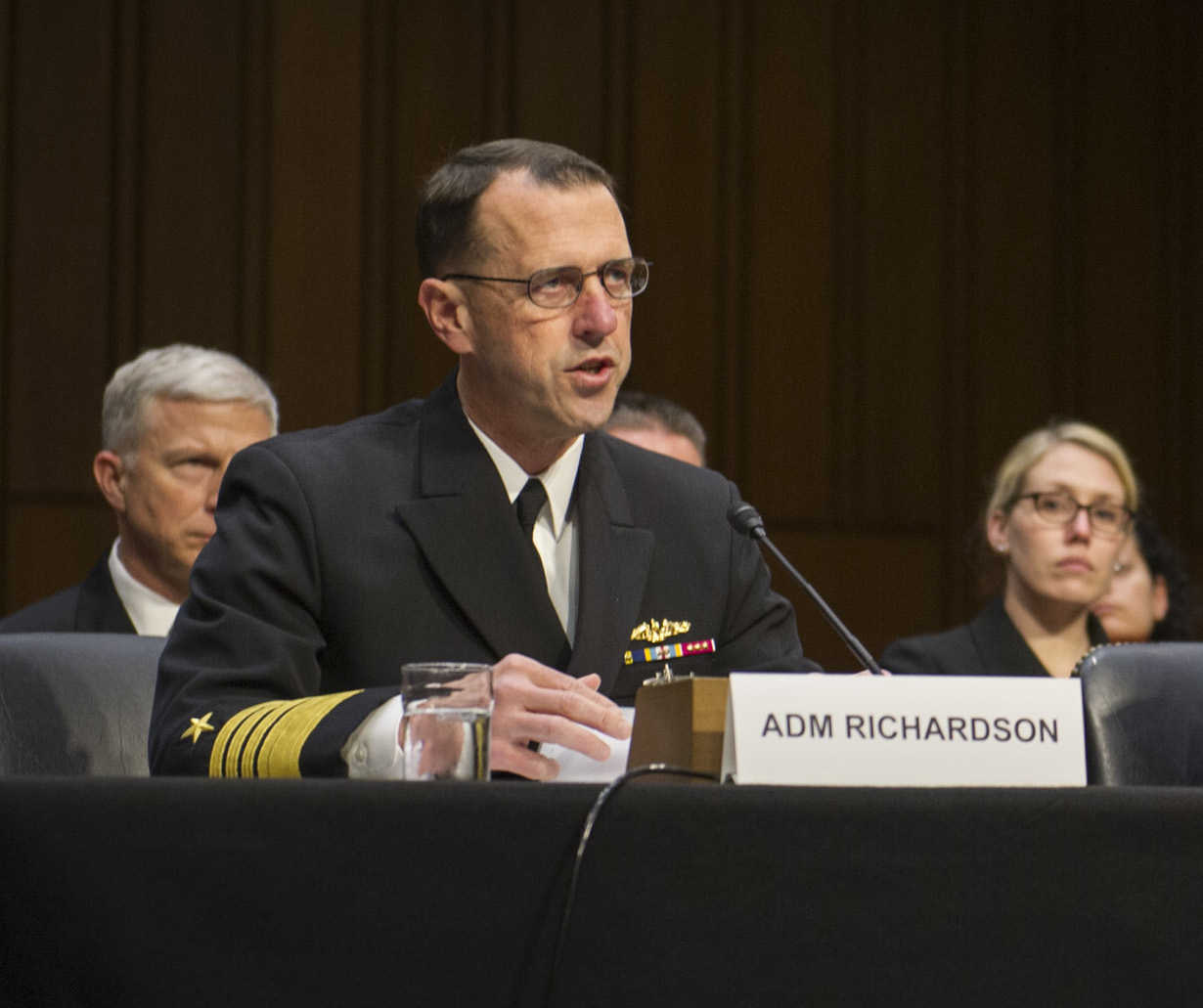 “Clearly international law would prohibit boarding U.S. sovereign territory, which those riverine craft were,” he added.

Committee chairman Sen. John McCain (R-Ariz.) expressed concern at both the administration’s response at the time of the incident and at recent news reports that Iran gained thousands of pages of information from Navy laptops, GPS systems and maps during the 18-hour detention.

“By failing to affirm and defend basic principles of international law, the Administration has placed our Navy and Coast Guard vessels, and the men and women who sail them, at greater risk in the future,” McCain said in his opening statement.

McCain later added that Iran forced the sailors to apologize on video photographed them on their knees with their hands behind their heads, broadcast images of a sailor crying while being detained, and then awarded the Iranian sailors involved in the incident.

“Wouldn’t you agree this was a humiliation for the most powerful nation on earth?” McCain asked.

Richardson told him that “according to international law there was no authority to board those vessels – those were sovereign U.S. vessels, they had the right to be where they were and they should not have been seized.” McCain, however, seemed unsatisfied that the Navy so far had only expressed protest and not taken any other action towards Iran.