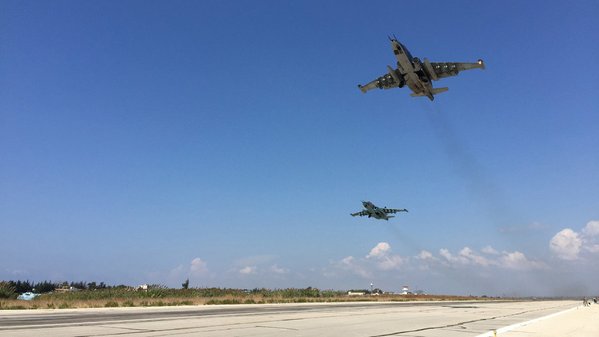 Russia is set to start withdrawing troops from Syria as early as Tuesday, Russian President Vladimir Putin said on Monday.

In a meeting with his defense and foreign ministers Putin said the mission of Russian forces in Syria had been completed and a withdrawal of forces was the next step.

“I think that the tasks set to the defense ministry are generally fulfilled. That is why I order to begin withdrawal of most of our military group from Syria starting from tomorrow,” Putin said on Monday at a meeting with Defense Minister Sergey Shoigu and Foreign Minister Sergey Lavrov, according to the Russian TASS news service.

While the bulk of Russia’s military is leaving Syria, it will still maintain the presence at its two installations in the country.

“Our bases — the naval base in Tartus and the airbase at the Khmeimim airfield — will operate in a routine mode. They are to be safely protected from the land, from the sea and from air,” Putin said.

It’s unclear if the reduction in forces would mean Russia would reduce its maintain its naval presence in the Eastern Mediterranean. Shortly after it moved military forces into Syria and Russia established an air defense bubble for its fighters in October based around the air defense cruiser Moscow (or Moskov).

According to press reports, the U.S. was not notified prior to the Putin announcement of the withdrawal.

Putin said he also hoped the withdrawal of troops would prompt the regime of Bashar al Assad to seek a political resolution to the ongoing civil war in Syria.

“I hope today’s decision will be a good signal for all conflicting parties. I hope it will sizably increase trust of all participants in the process,” Putin said. “I ask the Russian Foreign Ministry to intensify Russia’s participation in organizing the peace process to solve the Syrian problem.”