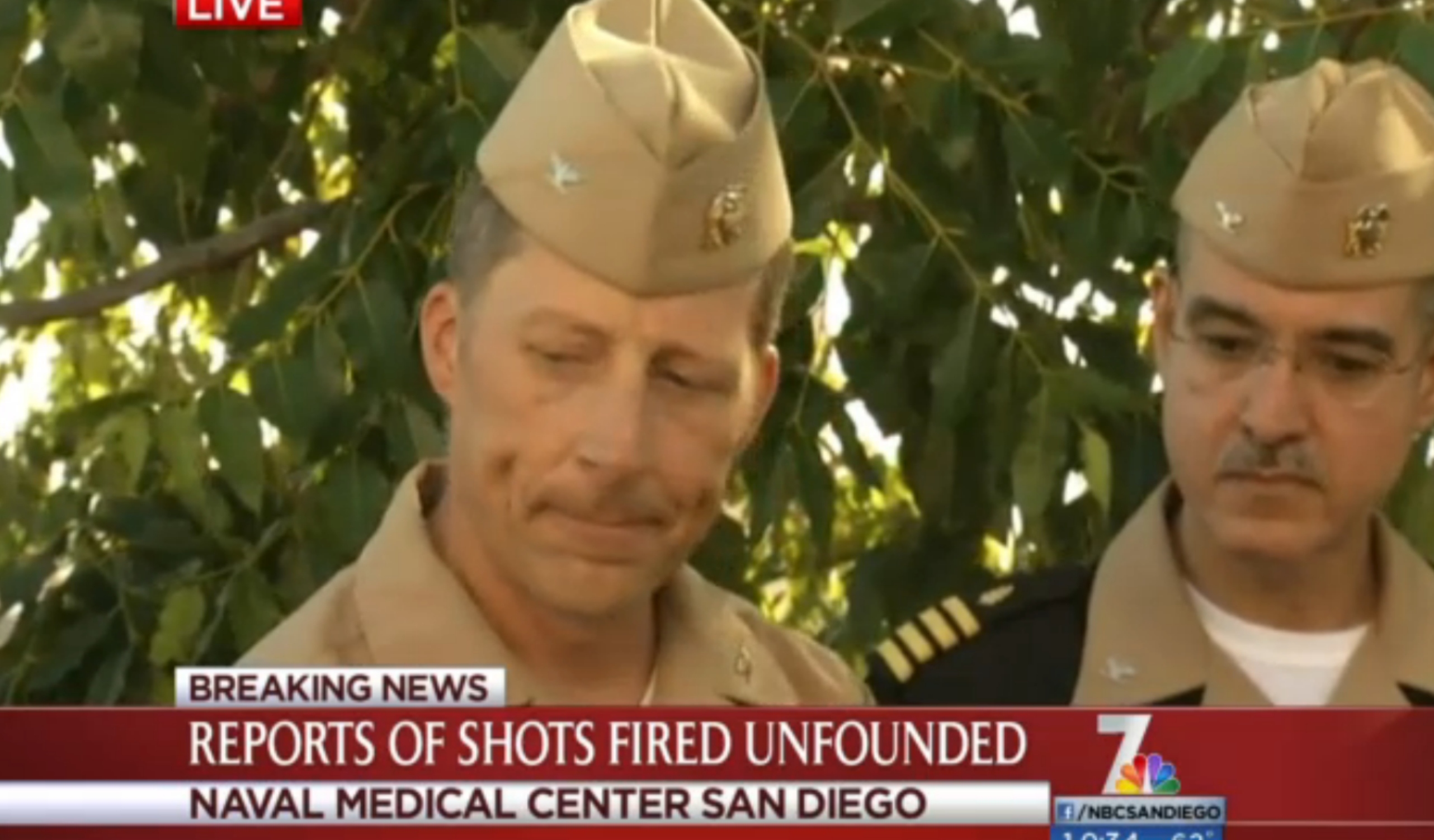 After an initial search by Navy and local authorities, there are no reported casualties nor evidence of gunshots in Building 26 of the Naval Medical Center San Diego, Calif., Capt. Curt Jones, commander Naval Base San Diego, told reporters in a Tuesday afternoon press conference.

“We have found nothing that substantiates” the initial report, of three gunshots, he said.
“This is a case where we’re pursuing the information we have to its logical conclusion and making sure everyone is safe.”

A single witness “at approximately [11 a.m. EST] this morning three shots were reportedly heard in the basement of Building 26, a combination gym/barracks, at the Navy’s Medical Center Balboa Park facility,” according to a statement provided to USNI News from the service at 12:30 p.m.
“First responders and Navy working dog units are on scene clearing Building 26. The Medical Center is on lockdown and a shelter in place order has been given.”

According to an eariler release from Commander Navy Region Southwest, authorities “have conducted an initial top down inspection of the Building and have not located any casualties or evidence of a shooting having taken place,” and “There have been NO reported casualties at this time.”

SWAT Teams from the San Diego and Chula Vista police departments are on scene at Building 26, a spokesman at the medical center told USNI News via a statement. 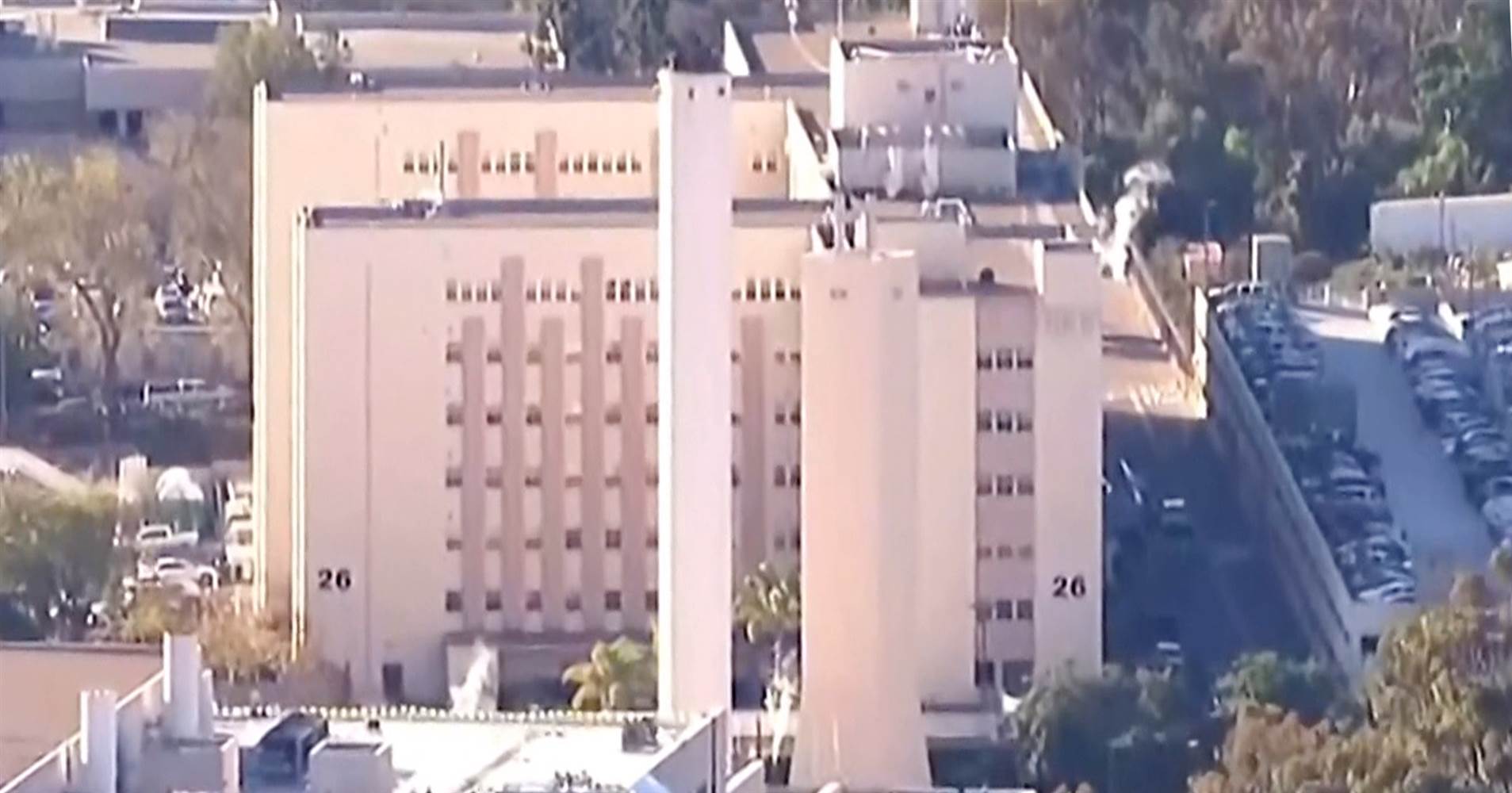 Building 26 is one of the older buildings in medical facility and houses labs and support facilities for the newer parts of the installation.