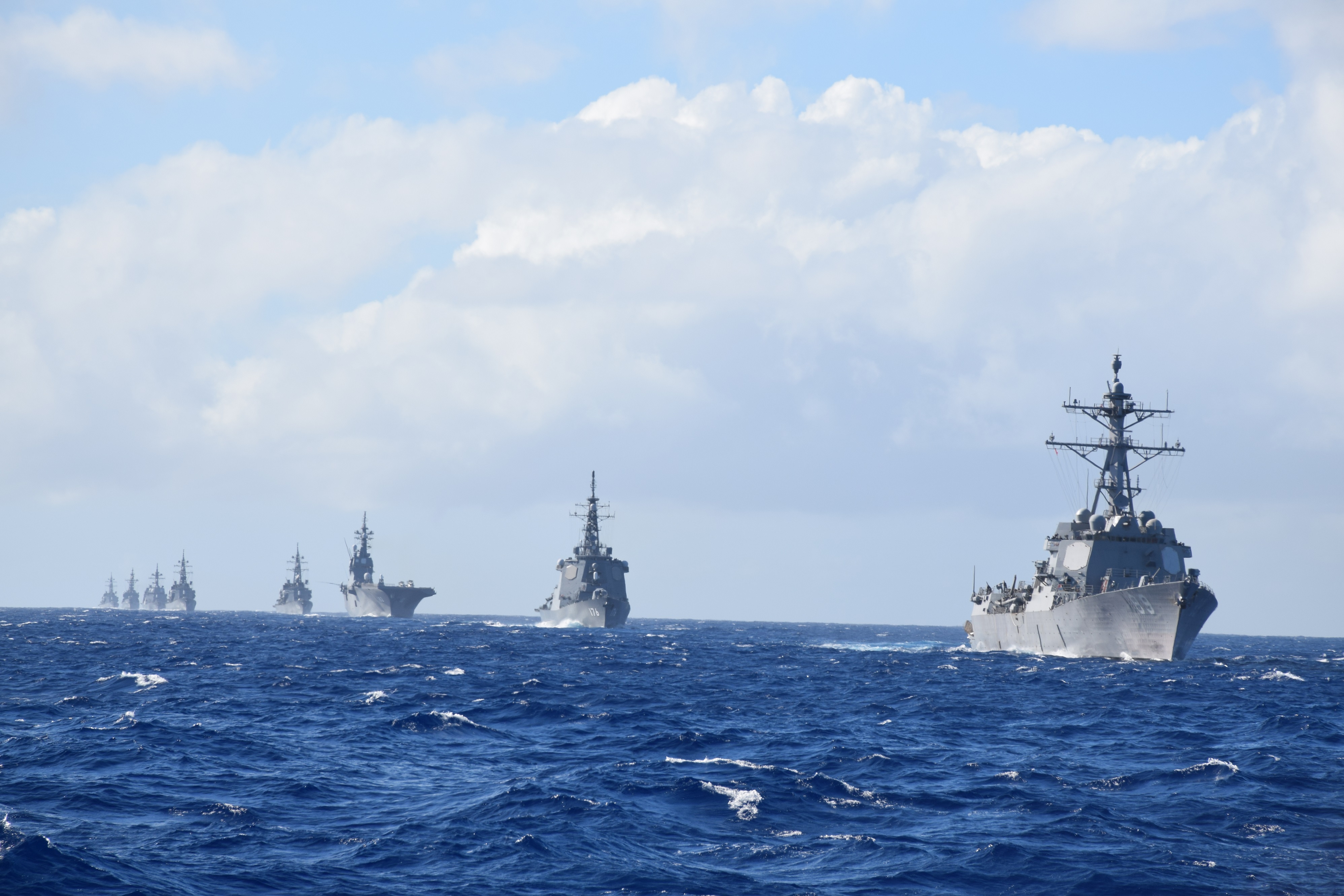 The Arleigh Burke-class guided missile destroyer USS McCampbell (DDG 85), not pictured, takes lead in a formation of ships from the U.S. Navy and Japan Maritime Self-Defense Force (JMSDF) as part of the annual bilateral Guam Exercise (GUAMEX) on Jan. 21, 2016. US Navy photo.

“Our relationship with Japan is grounded in at-sea operations that we conduct with the JMSDF throughout the region,” McCampbell commanding officer Cmdr. Ed Sundberg said in the statement.
“It is critical that we learn from each other, so we can continue to improve each country’s tactical expertise and response.”

The exercise began Jan. 20 and will also include participation from American MH-60R Sea Hawk helicopters embarked on Mustin and McCampbell, Maritime Patrol and Reconnaissance Aircraft, EA-18G Growlers and a submarine.

In a separate statement, the Navy touted the use of the port of Apra Harbor at U.S. Naval Base Guam.

“The port at Apra Harbor has been the focus of a great deal of revitalization over the past five years or so,” director of port operations Dan Quicho said in a statement.
“We currently have the largest wharf [Victor Wharf] in the Pacific, ready to moor an entire expeditionary strike group, and adjacent wharves have been refurbished with state of the art utilities for visiting ships. We are excited to be able to host these Japanese ships, and it only shows how capable of a naval base we are here in Guam. We will surge our capacity and capability once again in March of this year for a joint exercise with the Japanese Maritime Self-Defense Force called ‘Multi-Sail 2016.’”