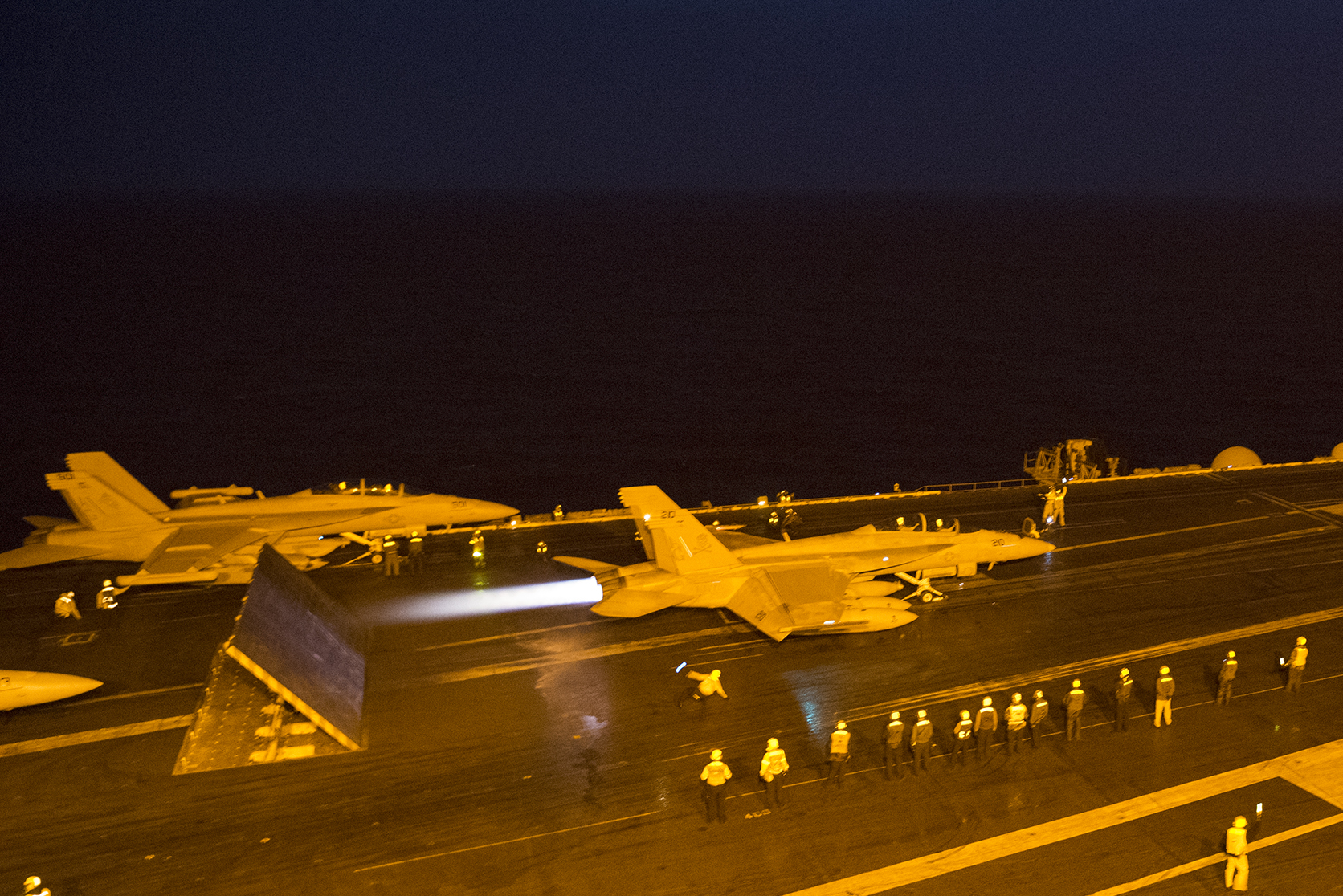 An F/A-18F Super Hornet launches from the flight deck of aircraft carrier USS Harry S. Truman (CVN 75) on Jan. 2, 2016. The Navy said operations in the Middle East have continued unimpeded despite diplomatic tensions between Iran and Saudi Arabia, Bahrain, UAE and Sudan. US Navy photo.

PENTAGON – Tensions in the Middle East stemming from the Jan. 2 execution of a prominent Shiite cleric in Saudi Arabia have not yet affected operations in U.S. 5th Fleet, Navy and Defense Department spokesmen said today.

Saudi Arabia executed 47 prisoners on Jan. 2 – mostly Sunni Arabs convicted of terrorism-related charges, as well as Shiite cleric Sheikh Nimr al-Nimr. Nimr was vocal about what he called oppression of the Shiite minority in Saudi Arabia and led anti-government protests.

The Saudi government released a statement saying the 47 prisoners were guilty of “terrorist crimes against innocent people, properties, and security forces” or of “spreading disorder and exposing national security and safety to dangerous threats,” according to an NBC News report.

After the executions, violence erupted in Shia-majority Iran, with protestors attacking the Saudi embassy in Tehran, according to media reports and video on social media.

In response, Saudi Arabia cut all diplomatic ties with Iran. Bahrain – the home of U.S. 5th Fleet –also cut ties with Iran, the United Arab Emirates downgraded its diplomatic relations with Iran and Sudan expelled the Iranian diplomatic mission and recalled its ambassador from Tehran.

Despite the political turmoil in the region, DoD spokesman Navy Capt. Jeff Davis told reporters Monday morning that the developing situation “right now is and should be something that’s diplomatic.” Echoing State Department comments over the weekend, Davis said “we believe that diplomatic engagement and direct conversations remain essential in working through those differences and urging leaders across the region to calm tensions.”

He added that there was no need for DoD involvement at this point.